The number of digital touchpoints through which users consume information is growing. So too is the variety of information types and the quantity of each. We are also more likely to have those multiple digital portals with us at all times, as digital devices become cheaper and more portable – even wearable.

Let me paint a picture: the family living room on a weekday evening. How many separate devices are connected to the web, from the wall-mounted TV streaming Netflix and the iPad in one user’s lap to the phone browsing Pinterest and the smartwatch flicking through the latest alerts? Each of these represents a channel for consumption, just a few of the many which now clamour for our attention. While the composition of each user’s digital eco-system is different, the overall trend is towards trying to engage with more channels simultaneously.

There is an argument this behaviour is not so much a product of the digital age but a manifestation of an age-old human tendency to multi-task. Perhaps we have always tried to take on multiple jobs, from gathering berries while tracking prey in the earliest days of the species, to listening to the radio while driving?

We’ve been exploring multi-touchpoint experiences since 2009 at MEX and reviewing insights from previous speakers can be instructive. Eva Ferrari and Dr Jane Lessiter of Goldsmiths University spoke in December 2009 about the psychology of multi-tasking. They explained the brain rarely processes tasks simultaneously, but instead becomes adept at flitting between separate tasks in shorter time slices. They also compared the motivations for flipping from task to task with the same behaviour observed in gambling addicts, where occasional, unpredictable rewards (e.g. a small win), convinces the user to keep playing. The same behaviour is now seen in the way a user nervously checks for digital messages every few minutes. Nine times out of ten, there is nothing worthwhile, but the one out of ten keeps them coming back.

Digital consumption, however, differs from others in some important ways. Firstly, it is a predominantly visual experience and therefore its use of cognitive bandwidth focuses on a very specific sense – sight – with a greater danger of overloading it. Another characteristic of most digital channels is the absence of the finite. Information services, from Pinterest to Twitter, are designed around the concept of infinite streams, where a user never encounters a sense of completion. The design goal, especially for services supported by advertising or usage-based revenue, is to keep users browsing as long as possible. 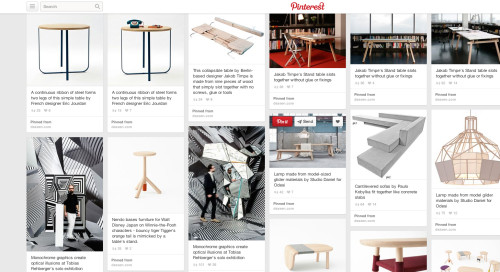 Pinterest is built around the concept of never ending lists

In contrast a book, a magazine or even a TV programme has an implicit moment of completion. Humans like finishing tasks – it is why it feels good to cross things off a to-do list – but that sensation is increasingly rare in today’s digital world.

The September 2013 MEX convened a session on what it means to design for responsible consumption. Arun Vasudeva, working on innovation at publishing group Pearson, talked about how simple mechanics, such as helping users understand their progress through a piece of content with visual indicators, could improve user experience and information retention. Vasudeva also spoke of how content should be designed according to the context of its use. For instance, a content structure appropriate to relaxed, downstream consumption may need to be rethought if the goal is prompting a user to explore further, or share elements of the content with others.

Consuming digitally does, of course, open intriguing new possibilities. Another MEX session looked at the notion that content is no longer static but must instead be considered a living entity, evolving over time and accumulating the footprints of all those who’ve interacted with it. Each item benefits from being used in many more contexts than would have been possible when old media tied content to a specific format.

However, if we extrapolate today’s trends into the future, what does digital consumption look like? How many more touchpoints can we add before each one simply multiplies the sense of being unable to escape information? If we are talking only of the screen-based, visual touchpoints like TVs, PCs, mobiles and wearables, the limits will be reached very soon for most people. 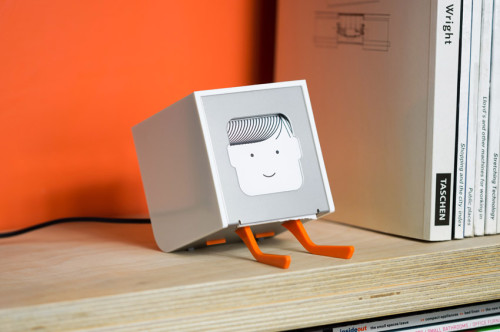 Another theme of previous MEX has been exploration of how digital can excite senses other than sight. What role is there for blending visual, audio and haptic touch sensations into an overall content experience? A MEX creative session on this topic, facilitated by Sophie Arkette, concluded it was possible to enhance, rather than distract, from the overall experience by introducing layers of audio and haptics alongside visual content. However, they found subtle nuances as to the type of content consumption suited to these senses, and the etiquette governing their use.

It speaks to one over-arching consideration when designing satisfying digital consumption: the need to take up joined up approach. This should be governed not by a specific technology or format or device type, but rather a broad understanding of why a user is consuming. Ultimately that will prove a more reliable guide to better design decisions than simply embracing the latest channels or multiplying the number of screens.

Consume is one of several user modes explored at MEX in London on 19th – 20th March 2014. Alex Guest facilitates the creative session on this theme, looking at techniques for restoring focus to digital consumption.