“My relationship with an object, a place, a person…any entity…varies according to distance. I may want one type of digital interaction with a building when I am physically present, but something quite different when I am further away. However, they are to me – as the user – part of the same overall experience. That should be reflected in the design.” — #mexuservoice

This principle emerged from a MEX/15 creative session facilitated by Alex Guest, which itself built on an earlier exploration at MEX/10 by Andrew Muir Wood.

The goal of this ongoing theme within the MEX community has always been to look beyond paths defined by the various proximity-based interaction technologies – from NFC to Bluetooth – and instead consider how users might want each connection to feel.

Andrew’s MEX/10 team started by looking back.  They went in search of the origins of interactions with connected objects, hypothesising that if users were already familiar with a concept, they would be more likely to adopt a derivative of it in the future.

The team produced a chart, showing a linear progression of interactions between humans and smart objects from the past, present and into the future.  It also showed the development of user feeling, across four categories:

Product and service examples were then plotted onto this map, showing how a trend like wearables paired to smartphones may develop into all objects having virtual, cloud-based histories, ranging from who interacted with them to where they’ve been.

When Alex picked up the theme at MEX/15, they used a field trip to focus on the overall service experience.  In one example, they looked at a common pain point, when users are stopped at a transport turnstile due to a lack of funds on their contactless card.  The technology already exists to pre-empt that situation by identifying the user approaching the station through location awareness, noticing insufficient funds based on their regular journey pattern and alerting the customer to confirm a top-up of their account before they are stopped at the point of entry.

In this instance, anticipating interaction at stages of approach would recognise the variance in interface requirements, attention spans and levels of engagement as the user’s distance from the transaction point increased:

The principle, part of an emerging series in the MEX journal, is summarised below in a tweetable, shareable graphic. Please share and thank you for citing appropriately. 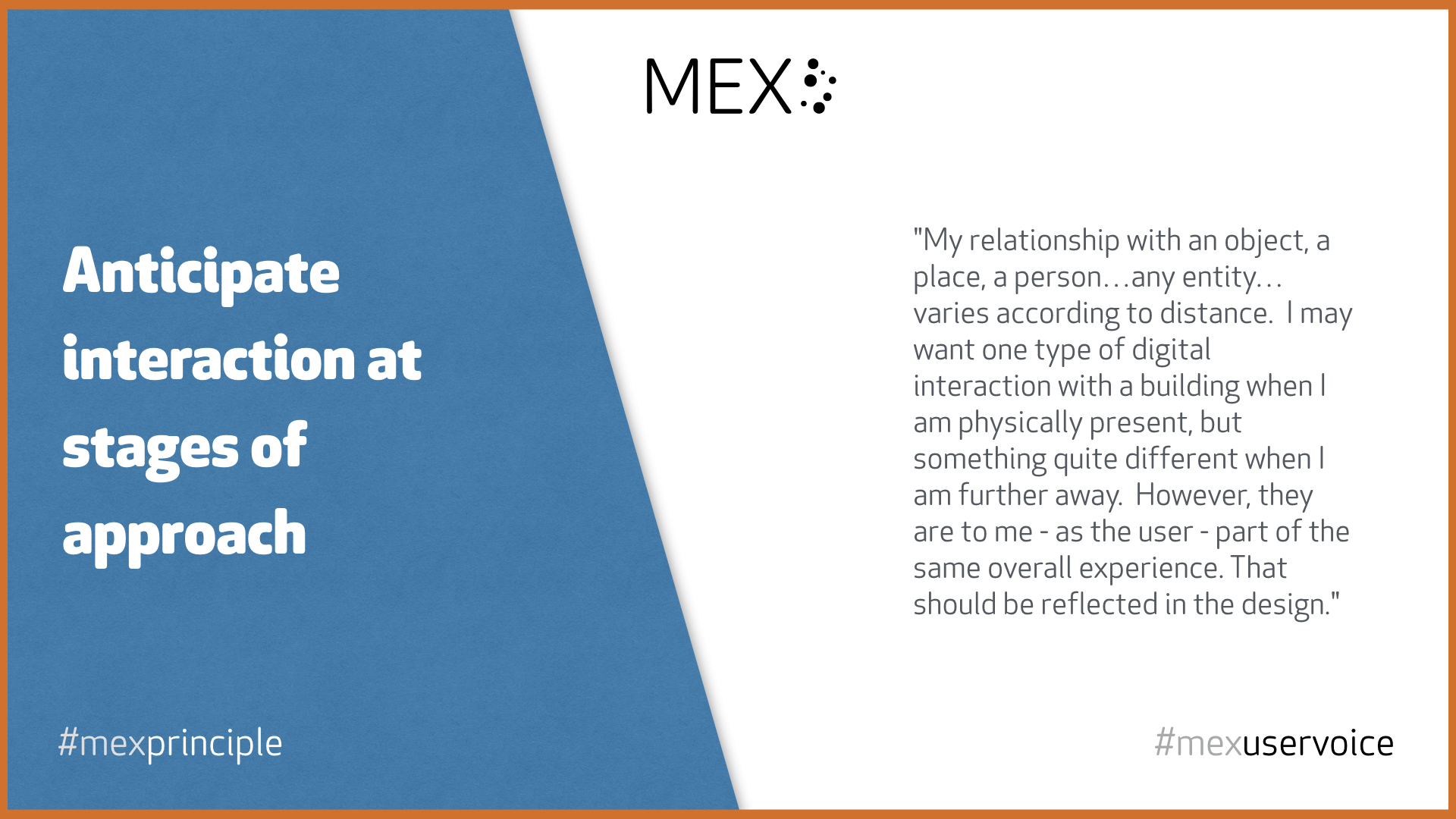