Terminal C at Newark Airport is home to one of the least sociable deployments of technology I’ve come across. Pairs of vertically mounted iPads bisect almost every table at the cafés, bars and restaurants which line the concourse. The result is a physical and metaphorical barrier between those seated together. The experience of dining opposite one’s traveling companion is characterised by frustrated distraction, with one’s attention unwillingly drawn to a glowing carousel of flashing offers.

Worse still, the tablets are fixed in place and immovable. There are 6000 of them in total, making it one of the world’s largest deployments of customer-facing iPads according to OTG, the company behind the project (apparently Apple’s own retail stores are the largest).

This is the epitome of technology deployed for short-term commercial gain. It bargains poor user experience in favour of the quick buck that might be made from bombarding travellers. Furthermore, it undermines the otherwise positive renovation of the terminal, which has recently undergone a well-received 120 million dollar investment programme to improve the range and quality of dining available to travellers.

It reminded me of a story from the early days of palmtop computing, when the British insurance company Prudential took a very different approach.

This was the mid-90s and Prudential had previously equipped its traveling sales team with large laptops. These would typically be placed on the table between salesperson and the customer. Opening the computer erected a physical barrier. The message was unspoken, but clear: the Prudential representative was selling to the customer and they were doing so from behind a screen.

Prudential realised the body language was all wrong and decided to do something. It replaced laptops with palmtops, which were smaller and lay open between the customer and the salesperson. The physical barrier was gone and the unspoken message changed: it now implied a two way conversation, augmented where necessary by a small digital device equally visible to both parties.

The physical infrastructure of airports is already saturated with screens. Travellers themselves are, of course, well equipped with their own digital distractions. Restaurants are one of the few airport havens where conversation and socialising take precedence over structured efficiencies transmitted through digital channels. To install immovable digital screens into these environments is an unwanted demand on people’s attention in a place where cognitive sanctuary is hard to find. 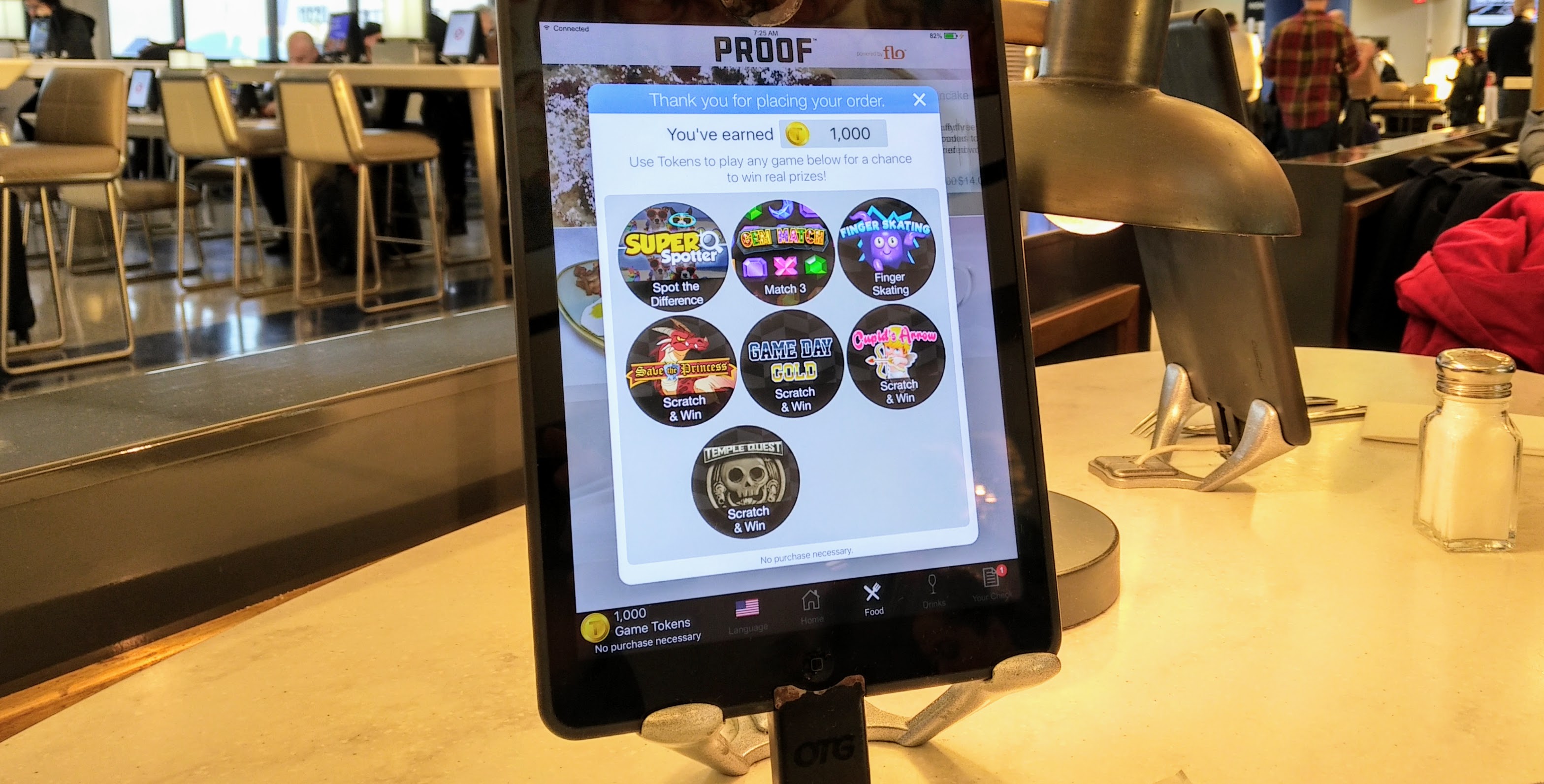 Unfortunately, it is easy to imagine the inverted thinking which leads to a situation like this. Perhaps an ‘innovation’ team was tasked with increasing the uptake of special offers? Maybe the challenge was framed as reducing the number of staff required to take food orders? Whatever the goals were, the project team responsible may well have achieved metrics which allow them to deem the deployment a success in of itself.

However, how many customers are happier as a result?

The systems which support modern travel are an exercise in logistics on an extraordinary scale. Individual journeys, however, touch lives at a much more personal and intimate level, where an environment conducive to conversation and good food can make all the difference between a memorably good or memorably bad customer experience.

The opportunity to draw users into new digital channels is certainly tempting. Indeed, the compulsion which attends touchscreen interfaces makes it worryingly easy to hold their attention captive. However, I believe customer satisfaction is better served when the overall experience meets 3 criteria:

I’m intrigued by digital experiences like this, which exist in the liminal zone between permenant physical infrastructure (e.g. a station clock) and short-term personal usage (e.g. a smartphone). Have you come across examples of your own? Have you worked on a project in this area? I’d love to hear your own experiences; drop me a line.

Want to go further on this theme? Here’s some recommended reading…