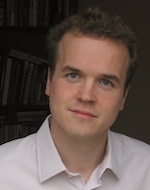 This research note by Marek Pawlowski is part III of a series examining the strategic implications of Nokia’s ‘big day’ announcements, including its first Series 60 touchscreen handset, the unlimited downloads music service and the new version of the Series 60 platform. Part I, exploring Nokia’s ‘Comes with music’ service can be found here and part II, looking at the new 5800 handset is here.

The 5800 handset and the Comes with music service have inevitably attracted the lion’s share of press coverage and we covered them in parts I and II of this 3 part series. In this article, we look at the third strand to Nokia’s major announcements last week: the release of Series 60 5th edition to developers. This represents a significant upgrade to the market leading smartphone platform. Nokia alone shipped 15.3m Series 60 handsets in Q2 2008 and, with Samsung now releasing a range of Series 60-based products, total volumes could reach about 70m in 2008. It is far and away the volume leader in smartphone platforms, ahead of Blackberry, Windows Mobile, Apple and LiMo.

The most visible change in 5th edition is the introduction of a touch-based UI. Nokia has had to strike a delicate balance between maintaining legacy features from the 3rd edition (4th edition seems to have been skipped) and adding the innovations required for a useable touch-based interface.

The scale of this challenge cannot be underestimated: touch changes everything for the UI designer. It requires a major rethinking of input methods, the way the device is held, whether the user is interacting with one hand or two, the size of buttons, the shape of navigation controls, the positioning of on-screen controls – almost everything you take for granted when navigating an OS using a keypad changes when you introduce support for touch interaction.

Without spending some time living day-to-day with 5th edition, it is difficult to comment on how useable it really is so I will limit my comments to some first impressions.

On a purely visual basis, the screens look too cluttered. The eye is easily confused by a few too many buttons and selectable areas. Check out this great visual guide to 5th edition by Sittiphol Phanvilai.

Introducing controls suitable for touch-based interaction on top of a legacy interface designed for keypad navigation has resulted in a limited amount of work space relative to the overall screen size.

We had a session on this at our MEX conference earlier this year, exploring the notion that ‘content itself is the new interface’, looking at ways interface controls could be stripped back to a bare minimum, providing the user with a much clearer view of the actual content they’re accessing. 5th edition seems to have taken the opposite approach, with 30 – 40% of the screen area used by buttons and controls, limiting the actual content to a smaller space in the middle of the display.

I am also concerned by the fragmentation 5th edition introduces into the Series 60 eco-system. Third party developers are already beset by fragmentation issues throughout the industry and it now seems they will face similar challenges within Nokia’s supposedly unifying platform.

For example, a developer deploying an application for Series 60 now needs to consider at least 4 different screen resolutions (240 x 320, the landscape 320 x 240 of the E71, the 800 x 352 of the E90 and the 360 x 640 of the new 5800). While Series 60 supposedly incorporates some technologies to assist with dynamic re-formatting, the practical reality is that most developers want to know where every pixel is going to appear and that simply isn’t possible when you have to cater to multiple screen resolutions.

Even more important, developers now need to think about engineering different variants of the same application depending on whether interaction will be by touch or keypad. Nokia’s official line on this is the platform provides an adaptation layer to assist with this process, but I believe it is impossible for developers to ensure a truly great user experience without designing specifically for either touch or key-based interaction. There are such differences between the ways users behave with these two input methods that no single application is going to be able to accomodate them both.

On the positive side, Nokia does at least seem commited to enhancing this user experience over time. The Series 60 web-site carries an interesting mission statement entitled: ‘Creating the total user experience’. In this article Nokia states its key objectives as: supporting a variety of input and output methods, great system performance (including speed and battery life), rich functionality, a focus on simple and entertaining UI and support for personalisation.

These are all positive ingredients for a good user experience, but I’m not convinced they are all present today in Series 60 5th edition.

I have a long-term concern the Series 60 UI will need to be completely re-engineered if it is to effectively support both keypad and touch navigation in the same platform.

However, there are many interesting technological additions which will attract developers. 5th edition introduces a framework for sensor input, allowing applications to respond to things like orientation, temperature and light sensitivity.

The new version of Flash Lite, with support for Flash video is now directly integrated into the platform, as is an enhanced web browser. This complements the latest version of the Web Runtime, allowing developers to code applications using web technologies, but at the same time tap into custom Series 60 JavaScript extensions to access phone specific features like the GPS and built-in apps.

The underlying operating system has also been upgraded to Symbian 9.4, which includes many enhancements to low-level factors like wireles network management, system performance and power management.

So where do all of these announcements leave Nokia and what do they mean for the rest of the mobile telecoms industry? If you haven’t already read parts I and II of this series, I’d recommend you take a look to get further insight, but here is a summary of the key messages:

Firstly, no one should be under any illusion about Nokia’s intentions in mobile services. Comes with music is about as a clear a signal as you can get that Nokia sees a role for itself in developing, deploying and monetising value added services. Operators, application developers and content providers take note – you have a new competitor.

Comes with music also provides an indication of how the business model may work if handset manufacturers like Nokia start to play a bigger role in mobile services. They will seek to tie the revenue into the original purchase price, hoping to capitalise on an important aspect of user psychology, where perception of value is directly linked with the purchase of a physical device. The idea is to make the user feel like the additional service is actually being provided for free, removing the worry of ongoing service charges, when really they are just paying a higher upfront fee to buy the device.

This model poses a threat to operators and content aggregators who’ve been making money from recurring subscriptions. From the customer perspective, it is probably a more attractive way of consuming additional services on a mobile device.

The second point to note is Nokia’s ambitions in touchscreen handsets. Nokia has a history of lagging the hardware innovation curve. It missed the revolution in clamshell form factors entirely. However, once it trains its sights on a particular objective, it brings formidable firepower in the shape of its manufacturing expertise, incredibly well managed supply chain and purchasing power.

The first result of this is the 5800, a device which redefines the sort of value a user can expect from an advanced device. It has some shortcomings, but for a first attempt it is really very good. Handset manufacturers like Samsung, LG and Apple who have been making considerable revenues from first generation touchscreen handsets should take note – Nokia is going to be able produce these things faster, cheaper and with more marketing power. If I were working in a competing manufacturer, I’d be doubling my design team headcount and finding ways to innovate ahead of Nokia. Touch is going mainstream and Nokia is going to lead the charge for the next couple of years.

Finally, Nokia is storing up some issues with Series 60. I think the platform needs a complete UI re-design to improve support for multi-modal input, it needs to be re-architected to build in better support for integrated web services and it needs to address the growing fragmentation issues, both in technical terms and in the channels for getting third party applications to market.

Series 60 may command the largest market share of the platforms, but it is rapidly becoming less attractive to developers as a commercial environment. Almost any developer you talk to these days is targeting platforms like the iPhone and Android because they feel they offer greater consistency and a better marketing channel for selling their products. Nokia needs to put this right quickly or risk losing the support of the independent, innovative developers that add value to a platform.

I hope this series of articles (you can read part I and part II if you missed them first time around) has managed to shed some light on what’s happening in the mobile landscape and would be very interested to hear your views on what this all means for the big strategic picture. Please add your comments to the blog and we can get some debate going.