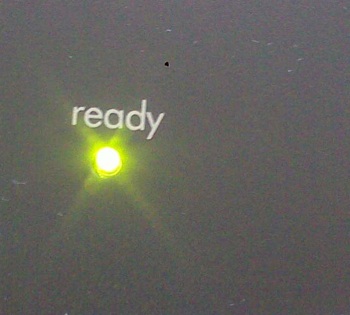 I can see it breathing out of the corner of my eye, pulsing with a rhythmical glow to assure me it is alive, connected and ready. The glow captures a small amount of my sub-conscious attention as it sits there on the corner of my desk, ensuring the bond is maintained between us, reassuring me it is ready should I need it and yet, perhaps somewhat worryingly, it also tethers me – keeping me aware I must respond if the glow changes to a faster, more insistent flashing.

The ‘breathing light’ found on devices such as Nokia’s E71 is an example of an often forgotten aspect of the mobile user experience: reassurance. These elements sometimes have no direct functional role at all, but simply serve to comfort the user, subtly communicating that all is as it should be.

As digital devices, particularly mobile ones, become more deeply embedded in our lives, the requirement for these reassurance indicators will grow in tandem with our dependence on the tide of 1s and 0s which increasingly define the ebb and flow of our existence.

The earliest examples I can remember in mobile date back to the Ericsson handsets of the mid-1990s. Each was equipped with a tiny LED indicator on the top of the device, which would wink at regular intervals to remind you it was connected to the network. Motorola developed this further, with its Timeport design (an early ‘world’ phone, when devices supporting networks in both Europe and the US were still a rarity), which was able to change the colour of the LED from green to orange when roaming on a foreign carrier.

We are also surrounded by examples in the home and the office. The fax machine on my desk is currently shining a tiny green light at me with the legend ‘Ready’ written above it, letting me know it could report for duty at a moment’s notice. The television’s red ‘standby’ light glows constantly, telling us all it is ready for action when required. When we lift the receiver of a fixed line telephone, the low hum of the dial tone communicates everything we need to know about the network – it is waiting to connect us. 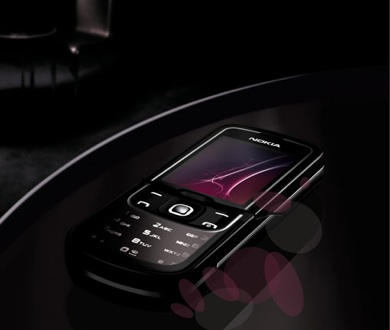 More recently Nokia’s high-end 8600 handset has provided an excellent example of how a reassurance indicator can become part of a device’s aesthetic. In standby mode, the whole keyboard of the 8600 glows gently beneath the smoked glass keypad protector, creating a key part of the handset’s visual statement.

These indicators manifest themselves in rather different ways when it comes to software. The network coverage bars and battery indicators found on all handsets are the most obvious examples of reassurance elements which have been abstracted into a virtual interface. At a glance, we can tell whether the device is able to make calls and whether there is enough power left to last out the day. The mobile phone clock is also a good example and one now widely used in preference to a wristwatch by many younger customers.

We might also class the rotating, circular progress indicators found in MacOS, iPhone OS and Android devices in this same category. They fill the latent periods between an input being made and an output being received, reassuring the user that something is happening in the background.

Perhaps I am reading too much into it, but I would suggest you can see some interesting philosophical differences between the way Apple has designed (perhaps over-designed?) the spinning, multi-coloured disc used in MacOS and the old hour glass indicator employed by Microsoft. Could beautifying such a small element of the user experience really make a tangible difference to the way users perceive a platform?

When creating mobile user experiences it is easy to focus purely on the feature-driven elements. The flow diagrams used to design the functions of an application often have no place for elements which sit outside the main interaction architecture, yet in the user’s mind these seemingly insignificant reassurances can make the difference between a service which feels well designed and one which seems too technical and cold.

Over time, such elements can also start to have a significant influence on user behaviour. Personally, I have become attuned to the breathing light on my E71, sub-consciously waiting for it to call for my attention when new email arrives on the device. There is also a well documented phenomena of people experienced ‘ghost rings’ and even ‘ghost vibrations’, where customers have become so acutely aware of their device’s indicators that they start to imagine non-existent sounds and sensations.

This is causing some people to make small, yet significant gestures to indicate when they are ‘disconnecting’ from the wireless world for a while. For some, this manifests itself as turning their device screen side down so they can no longer see the glow of the display or breathing light, signifying to themselves and those physically present that their attention is now solely on those in the immediate vicinity. An obvious extension of this would be to allow users to automatically change their presence status from ‘available’ to ‘busy’ when they make this gesture.

I’d like to suggest a few further points for consideration to advance the discussion about these reassurance indicators, and would very much welcome your feedback on the blog, Twitter (@marekpawlowski) or by email (mp@pmn.co.uk).