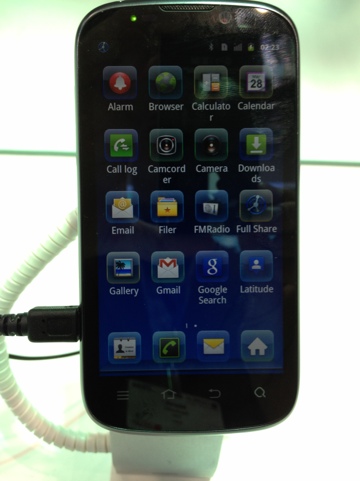 A brief exploration of the ZTE stand revealed a handset portfolio defined by its lack of imagination and a cheapness of materials. As an example, this Mimosa X boasts some respectable specifications, with an 8 megapixel camera, dual core processor and 960 x 540 screen. However, ZTE’s choice of materials has resulted in a device with little tactile quality and a visual appearance that does nothing to inspire.

The textured back plate, shown below, is an attempt to improve the tactile palette, but the plastic used and the tooling process give a toy like feel. 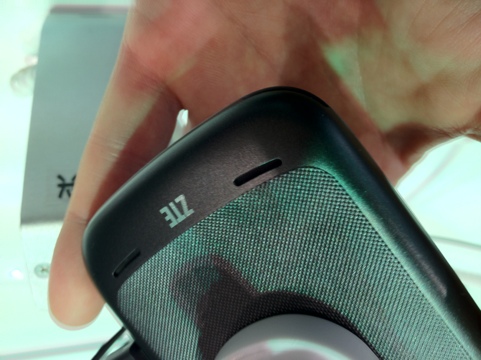 All the manufacturers rushing to produce Android clones face a challenge: how to differentiate blank slates when there is little variation in the software and underlying specifications. It is a world away from the proliferation of handset variety which was once the imagined outcome of software platform consolidation. 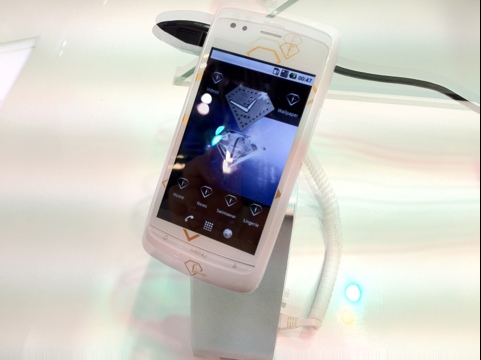 The most interesting device I found on the ZTE booth was an attempt at targeting a niche market: fashion enthusiasts. I personally found the aesthetics quite challenging on the eye, but at least there was an obvious differentiation and link between the exterior branding and a suite of services linked to fashion, with videos and screensavers.

I’ve highlighted ZTE, but there are many booths like this at MWC, where vendors keen to cash in on the move to touchscreen slates line up a range of products mimicking the innovations of others. The trend has another 18 months take it uneconomic to sell such uninspiring products. One or two new vendors may emerge strongly from the disruption, but it is disappointing to see money invested in trying to copy fast rather than understand the needs of users.