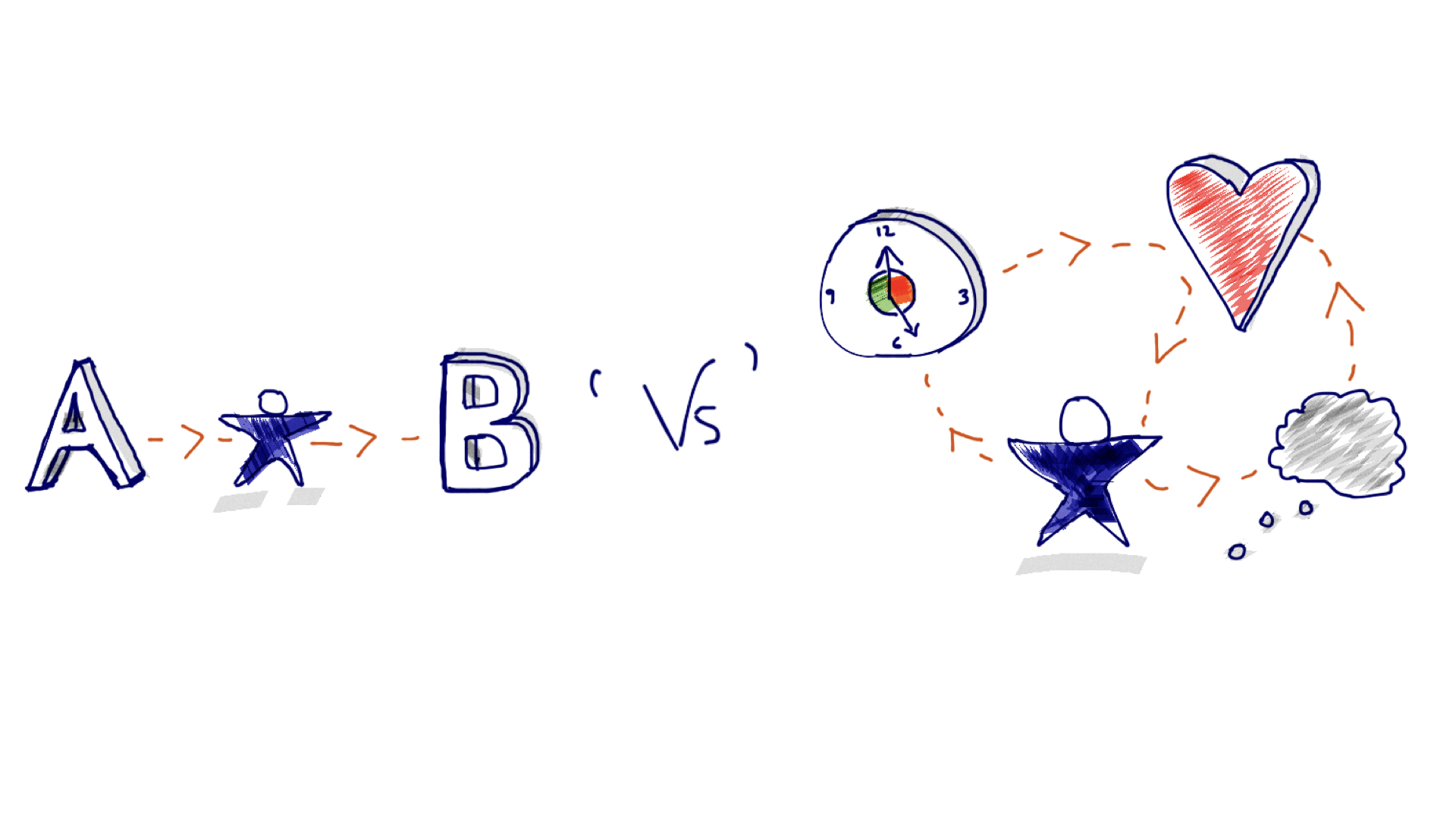 If humans were rational actors, good user experience would be simpler to achieve: the most efficient path from A to B would always result in the highest satisfaction ratings.

Humans, however, are far from rational. This is particularly pronounced when engaged in a mode of exploration, with no specific goal in mind other than keeping themselves engaged. It is a growing trend in digital, epitomised by services like Twitter and Pinterest, which have the potential to pull users into a vortex of almost never-ending exploration.

A healthier approach, perhaps, would be to recognise this mode of exploration is not motivated by a tangible outcome or occupying a defined time period, but rather satisfying emotional needs. Those needs may vary from escapism to self-improvement. As such, they are particularly difficult to uncover through user research. A focus on observational insight and what isn’t being said is especially important in these scenarios.

It should also be remembered that while user journeys during modes of exploration often follow winding and illogical paths, they can be enhanced and supported by the presence of a meta layer which serves to provide structure, bookmarking and way-finding. 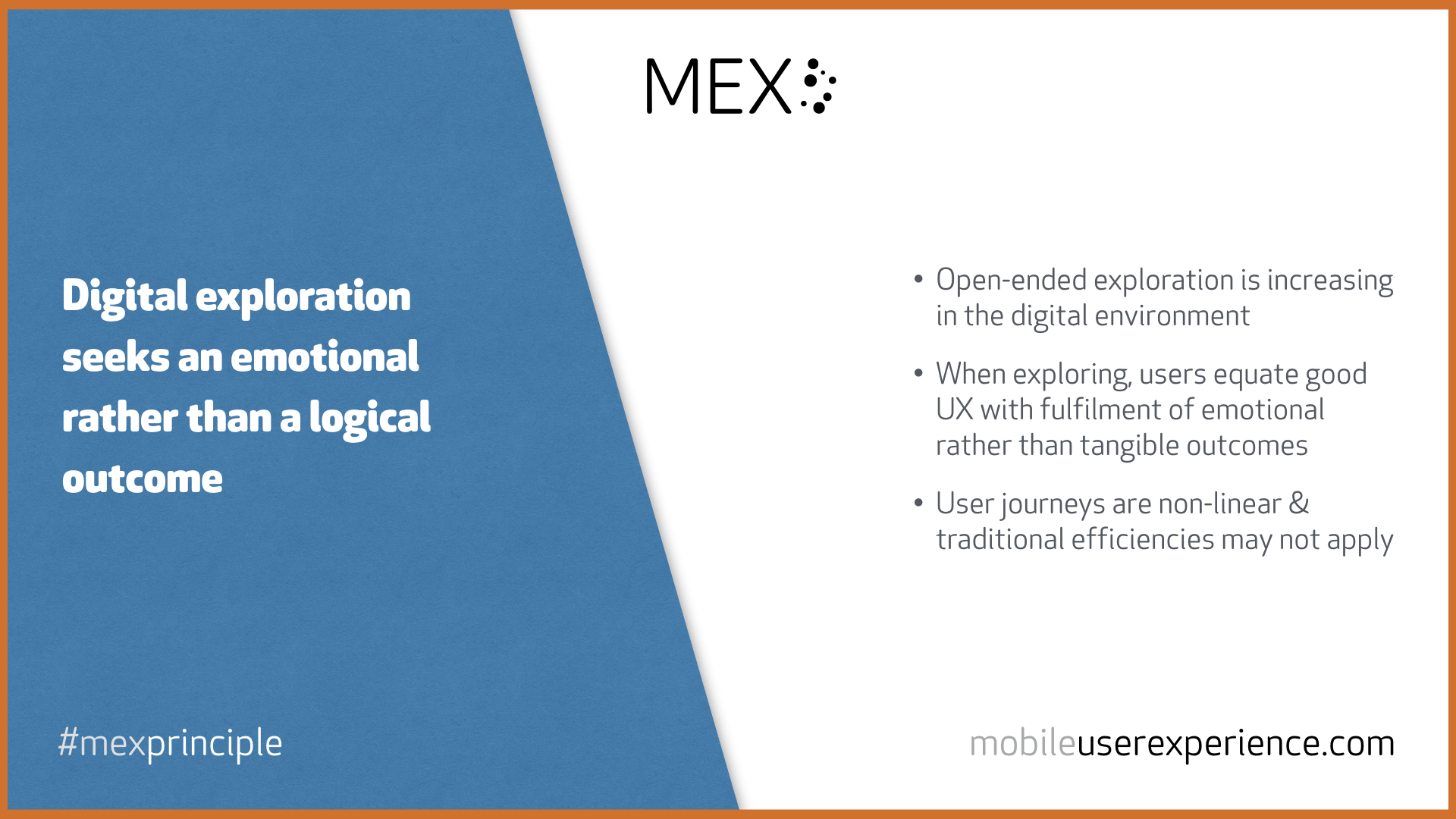