Our collaborative exploration of user experience at the intersection of consumption and creativity (described in this essay by Alex Guest and Marek Pawlowski) has deep roots. User behaviours associated with modes of both consumption and creativity have been separately explored, including a creative session at MEX in London during March 2014. Alex Guest facilitated a team of 10 MEX participants over 2 days, seeking design principles which would restore focus to digital consumption.

Their findings, detailed below, went on to inform our recent discussions about improving how users switch from consuming to creating.

The team agreed early on that the way in which users consume digital content varies according to numerous factors, such as place (e.g. on public transport versus relaxing at home) and time (e.g. relaxing in the evening versus productivity during the morning). The team researched 5 example states and for each of them identified characteristics of time, place, devices, channels and objectives:

Occurring during the twice daily journeys to and from the workplace, this London-centric finding considered the need for distraction from the confines of the Underground and the other passengers pressing upon the commuter. Using a smartphone – or tablet – to skim over, for example, the Evening Standard’s iPhone Newsstand app, the reader dives into the content as a distraction from the unpleasant reality but will have forgotten almost the entirety of the content by the time he reaches his destination.

With emphasis on the need for timely information in the financial markets but applicable to a range of roles and industries, this consumption mode is about receiving information, data and analysis at the start of the day and at times throughout to ensure that the individual has the knowledge and understanding required to perform their business tasks. While print media still plays a role here, tablets and PCs are pre-eminent with specific articles accessed via dedicated apps, such as the FT, or from email news alerts.

Of importance to those involved in creative industries, the Inspiration consumption mode is a lengthy, highly-engaged period of time viewing the work of other creators. It entails full immersion into videos on, for example, Vimeo, without distractions in order to ready oneself for one’s own creative indulgence.

Much like the Unwind TV need state, Evening Escapism is a release mode, shaking off the shackles of the day’s labour. In this mode, the individual might indulge in multi-screen consumption of different forms of media, from broadcast TV to social media, without there being any relation between the media consumed.

Younger members of the team talked about a growing trend in casual learning. It’s an individual activity but is likely to be discussed with other members’ of one’s social circle. In a slightly disengaged state of mind, the individual might watch – or merely listen to – typically short YouTube videos on how to do or make something. One example given was how to make an origami swan, for which several videos exist, including the one embedded below that has been seen close to 3 million times.

(For more on this, see the original blog post by the team’s facilitator, Alex Guest, where he describes how the team arrived at these example states).

Exploration of the way users behave in these states led to the development of 5 design principles for restoring focus to digital consumption: 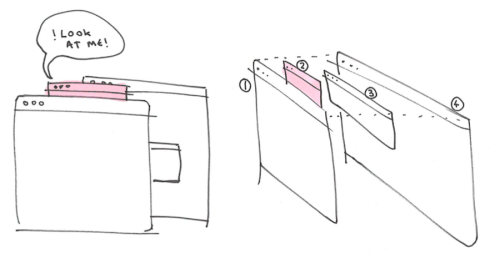 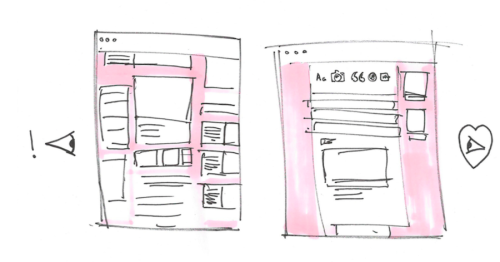 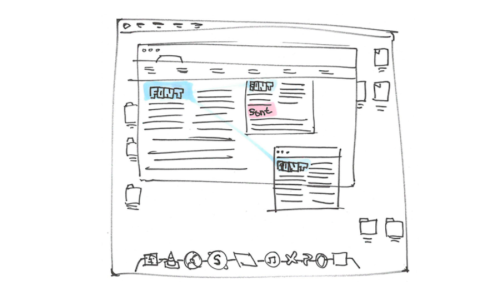 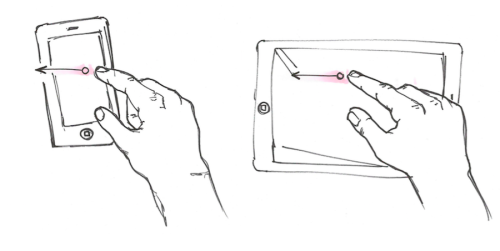 Here’s a video of the team presenting their results to the audience at MEX in 2014, with Estelle Chung and Robert Mafrici – student designers from Brunel University who helped Alex Guest facilitate – explaining their findings:

This is part of a series on the intersection between digital consumption and creativity by Alex Guest and Marek Pawlowski. To follow the forthcoming stream of articles, UI concepts and examples, track #uxintersection on Twitter, bookmark the ‘Intersection‘ category at mobileuserexperience.com or sign-up for the weekly email newsletter. More importantly, this is an invitation for you to get involved in the discussion – we’d love to hear your feedback and ideas for taking this topic forward.