There’s a tendency to equate efficiency with familiarity: most of us work more rapidly when we know where to find our tools and materials. The same is true in digital interfaces, but what happens when we want to create a sense of serendipitous discovery or introduce a new capability?

Novelty is best channelled through a consistent and discrete zone, ensuring the majority of the UI remains familiar.

As an example, consider that most basic of user interfaces: the light switch. Users are accustomed to its pattern and can often perform its primary function – switching it on or off – without conscious thought or sight.

However, to do so may confuse and compromise the primary function already encoded in the users’ muscle memory. In this context, a consistent zone for inconsistency might manifest as introducing a new plane of interaction – flipping the switch left – where users could experiment with automatic mode confident their familiar up and down controls remained unchanged and accessible.

To go deeper on this theme, watch James Haliburton’s talk from MEX/13, where he touches on this principle in his exploration of how users switch between modes of interaction. 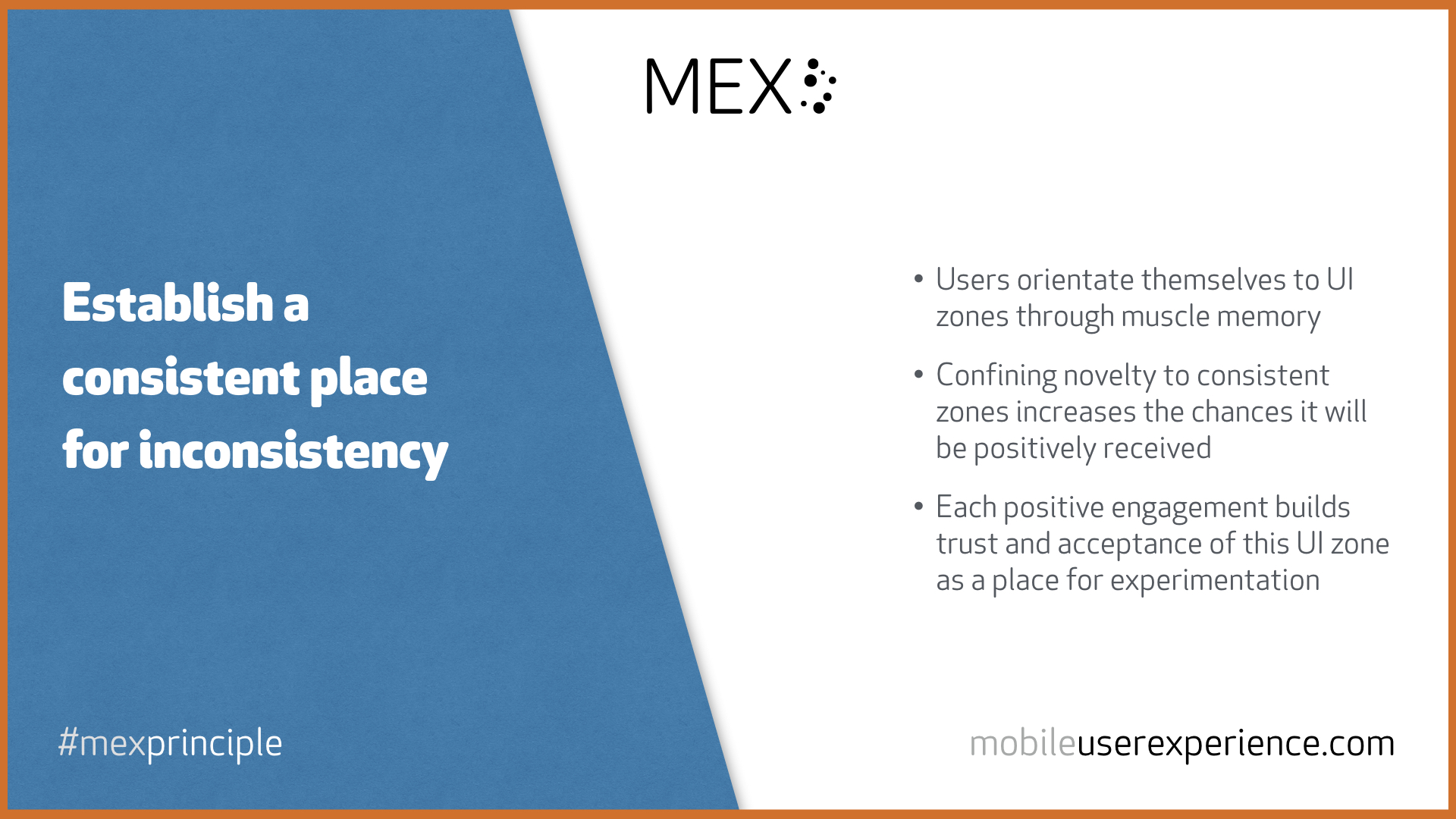