The conversation between Robert Fabricant and Marek Pawlowski spans a wide arc, from Robert’s childhood design influences growing up in New York City to the multi-year journey of co-authoring (with Cliff Kuang) the acclaimed book ‘User Friendly – How the Hidden Rules of Design are Changing the way we Live, Work & Play’. Along the way they explore Robert’s mid-career move from frog Design to co-found Dalberg Design, increasing his focus on the role of design in addressing global challenges such as healthcare, climate change and governance. The discussion includes reflections on Robert’s involvement in the MEX community over the years, including his memorable talk at MEX/5 in May 2009. 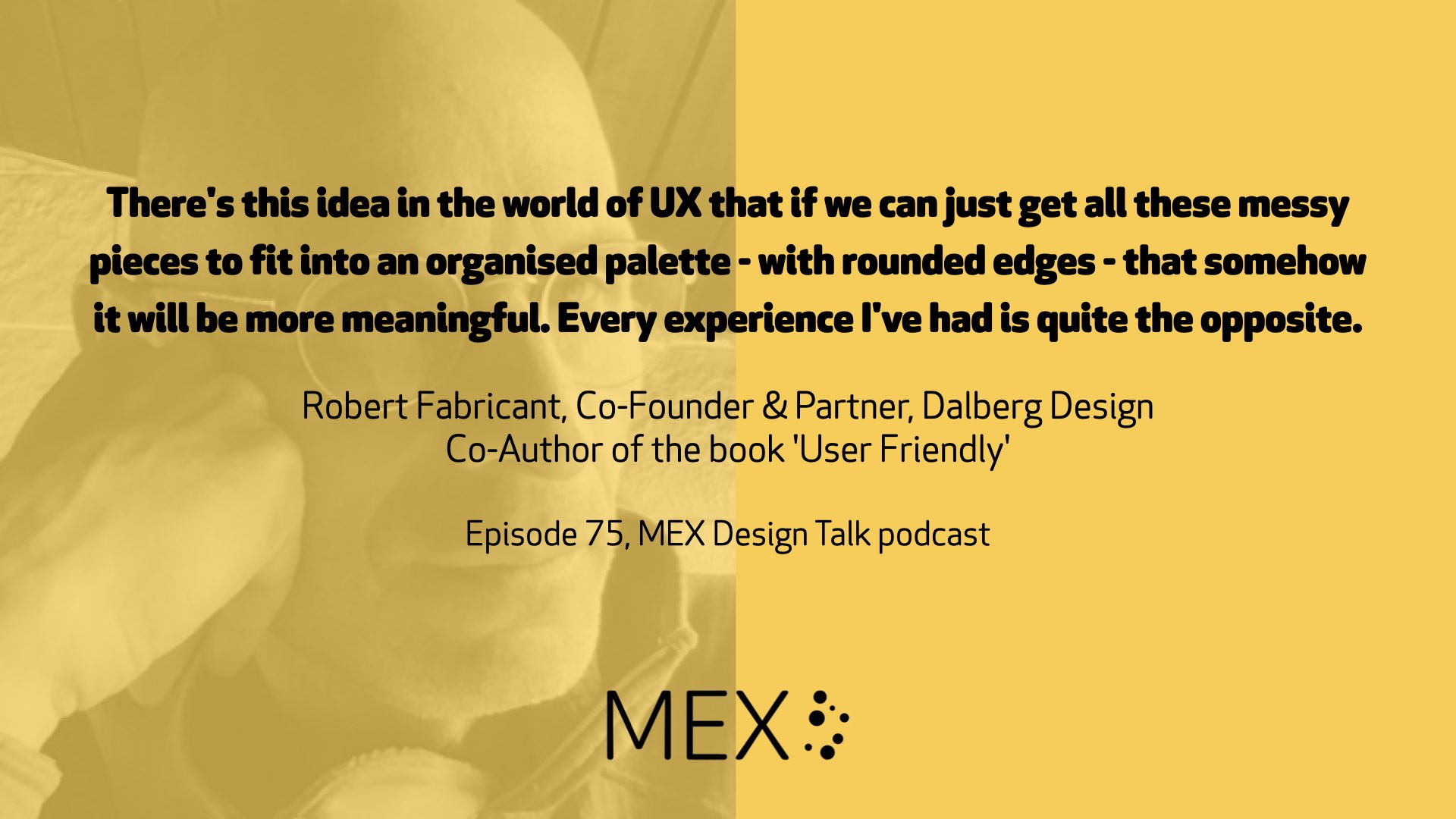 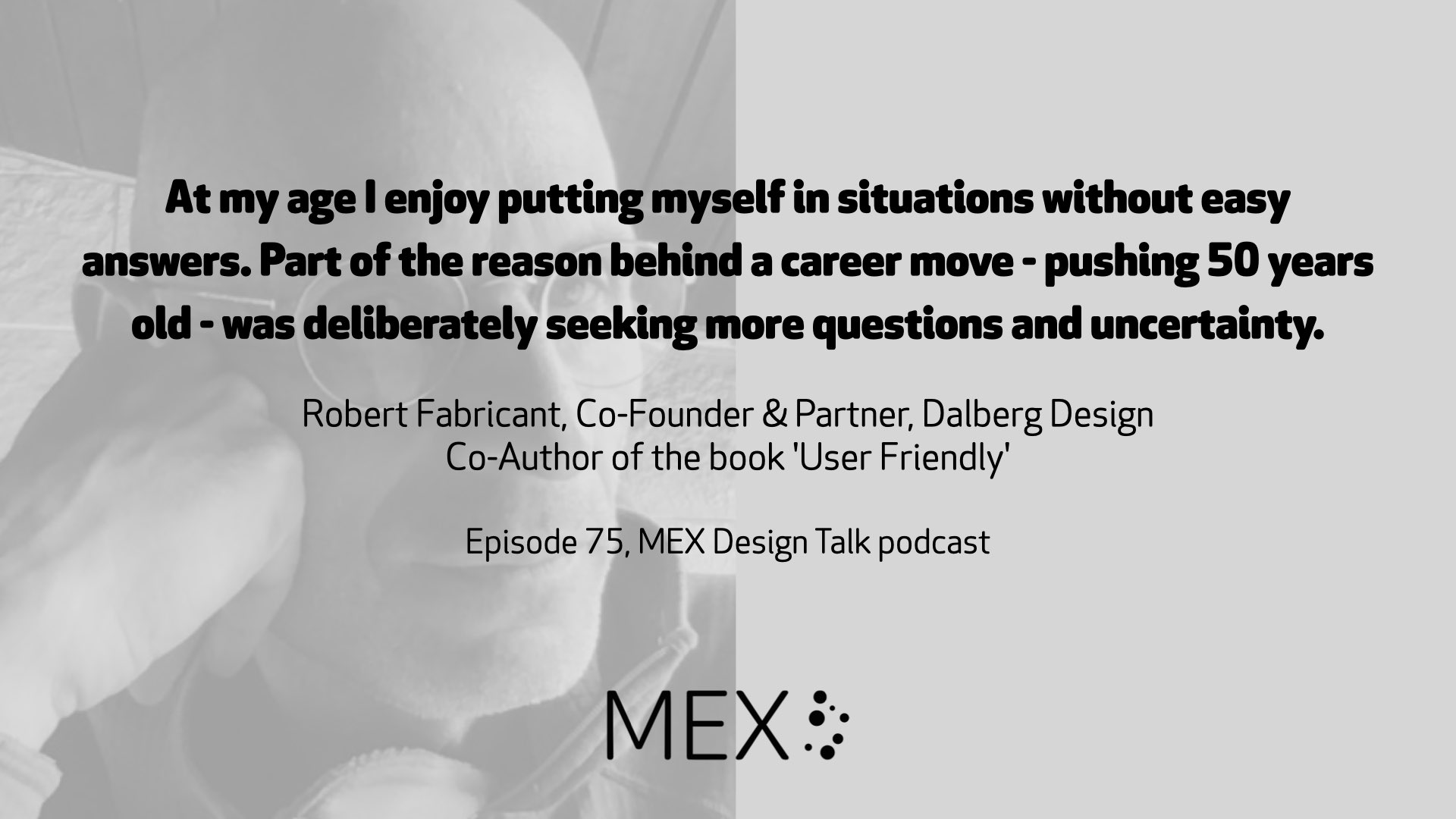