Using design language to establish trust is notoriously difficult. It is also a fast growing need within digital experience design as it extends into critical areas such as healthcare, finance and transport.

This led us to select Medi Mori, a project by creative agency The Liminal Space as our case study of week.

The Liminal Space worked with Ipsos MORI and the Academy of Medical Sciences to create products that could support research conversations exploring how people across the UK access, interpret and use evidence to judge the benefits and harms of medicines.

The result was a multi-sensory design approach, including developing a series of 21 fictitious medicines, stocked on the shelves of an imaginary dispensary in the atrium of the Academy of Medical Sciences. The Liminal Space conducted design research into medical packaging to establish not just the correct visual language, but also realistic weights and sizes for the packaging.

Research company Ipsos MORI then worked with the Academy to conduct interviews with the public about trust, healthcare and medicine. The physical medicine boxes were branded with fictitious names on the front, but featured facts on the back relevant to testing and medical evidence, and served as successful conversational aids during the research. 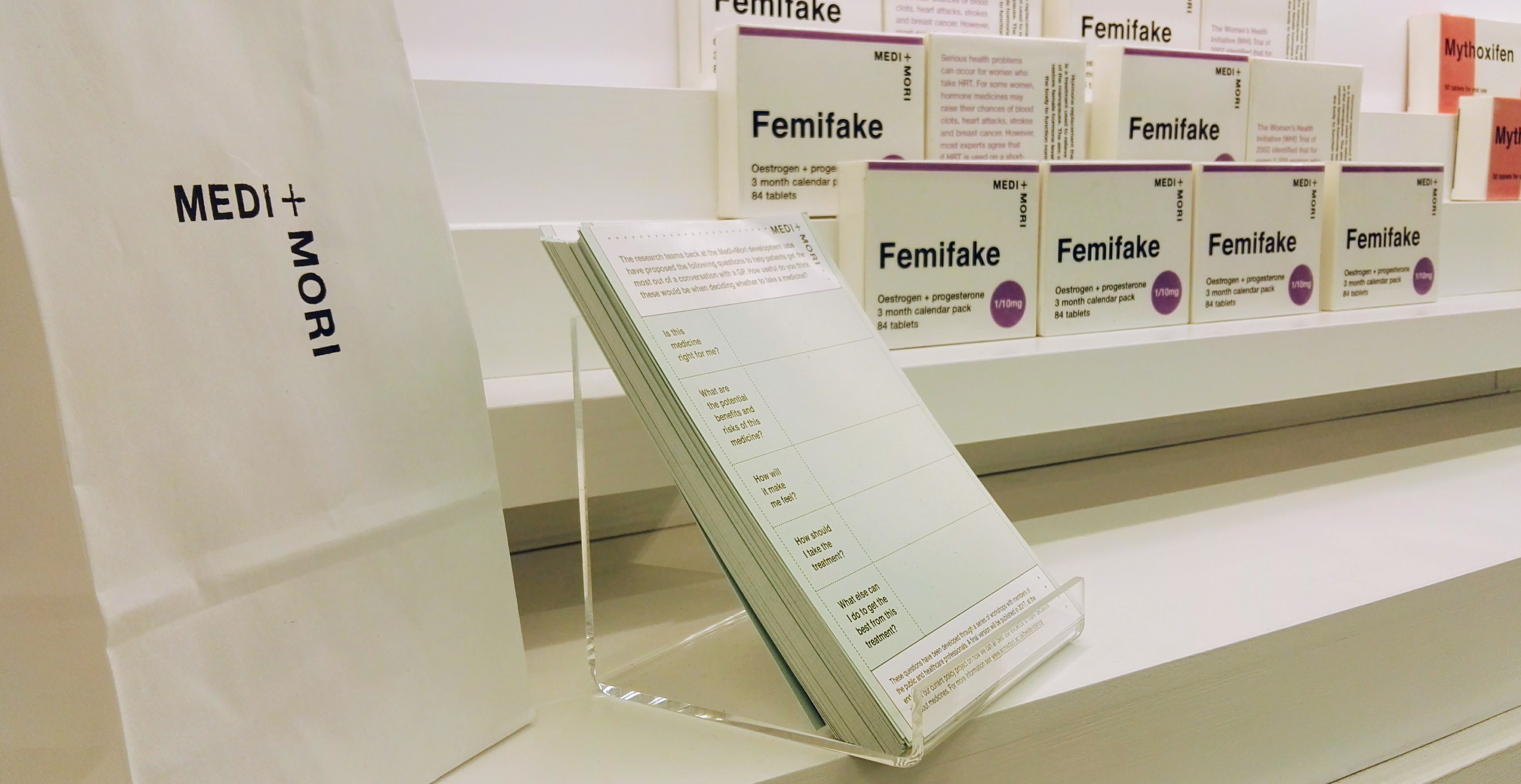 The project resonated with the objectives of the MEX initiative for several reasons and connects to further exploration in the archive: