This is the story of a MEX experiment in audio design, where we blindfolded 100 conference participants and played them three original compositions – each a minute in length – by Peter ‘pdx’ Drescher.

Participants were allowed to briefly remove their blindfolds between each composition to write or sketch their instant reaction.

It was part of a larger (and ongoing) effort – MEX Pathway #9 – to encourage digital designers to strive beyond purely visual interactions and tap into additional dimensions such as sound and tactility. 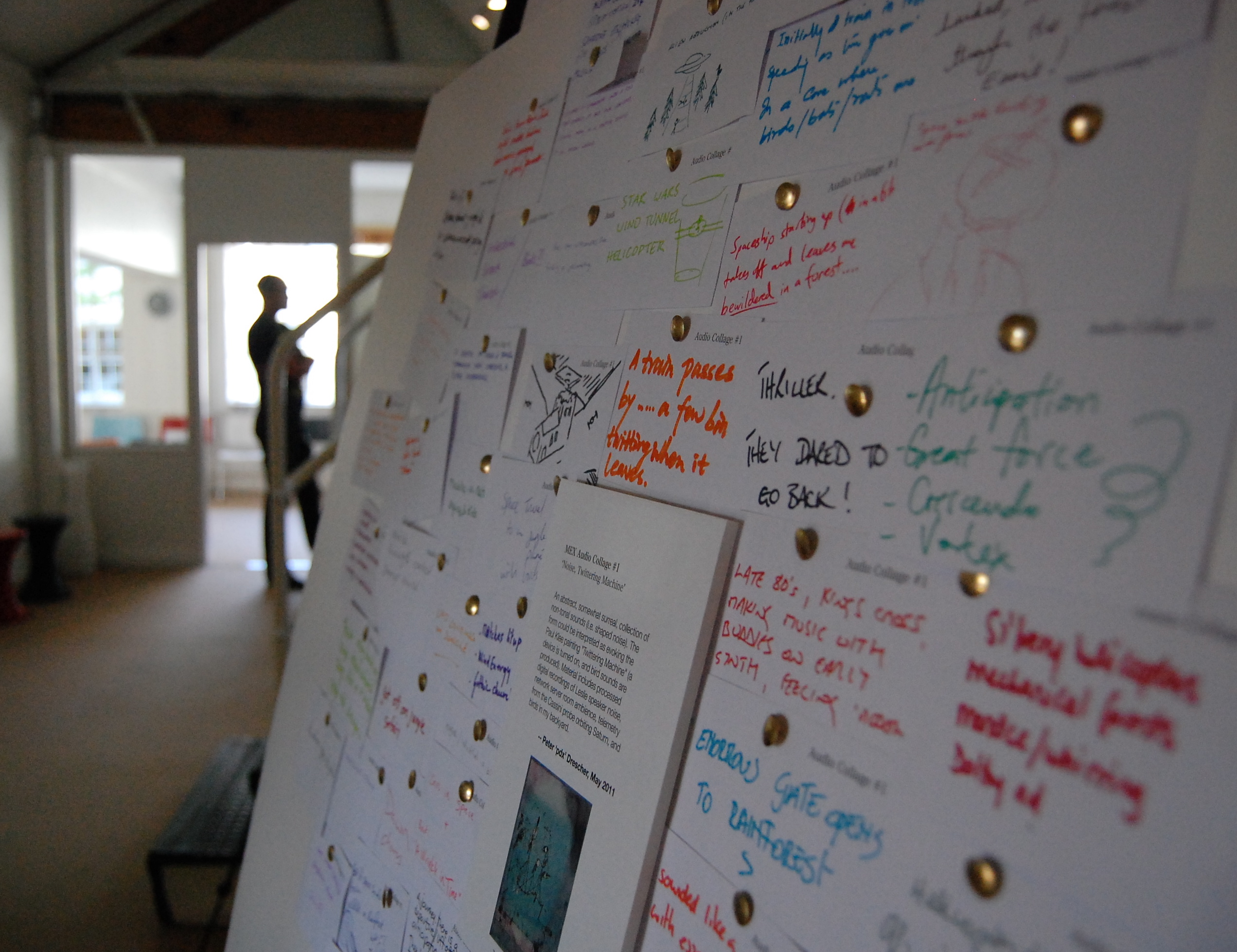 The responses were collated into three separate ‘walls’, which remained present during both days of the MEX/9 conference in May 2011. Participants were encouraged to listen to the compositions again at sound stations placed beside each of the walls, while reviewing what others had written about their experiences.

Each of the compositions may be listened to below and is followed by a selection of the participants’ original reactions. 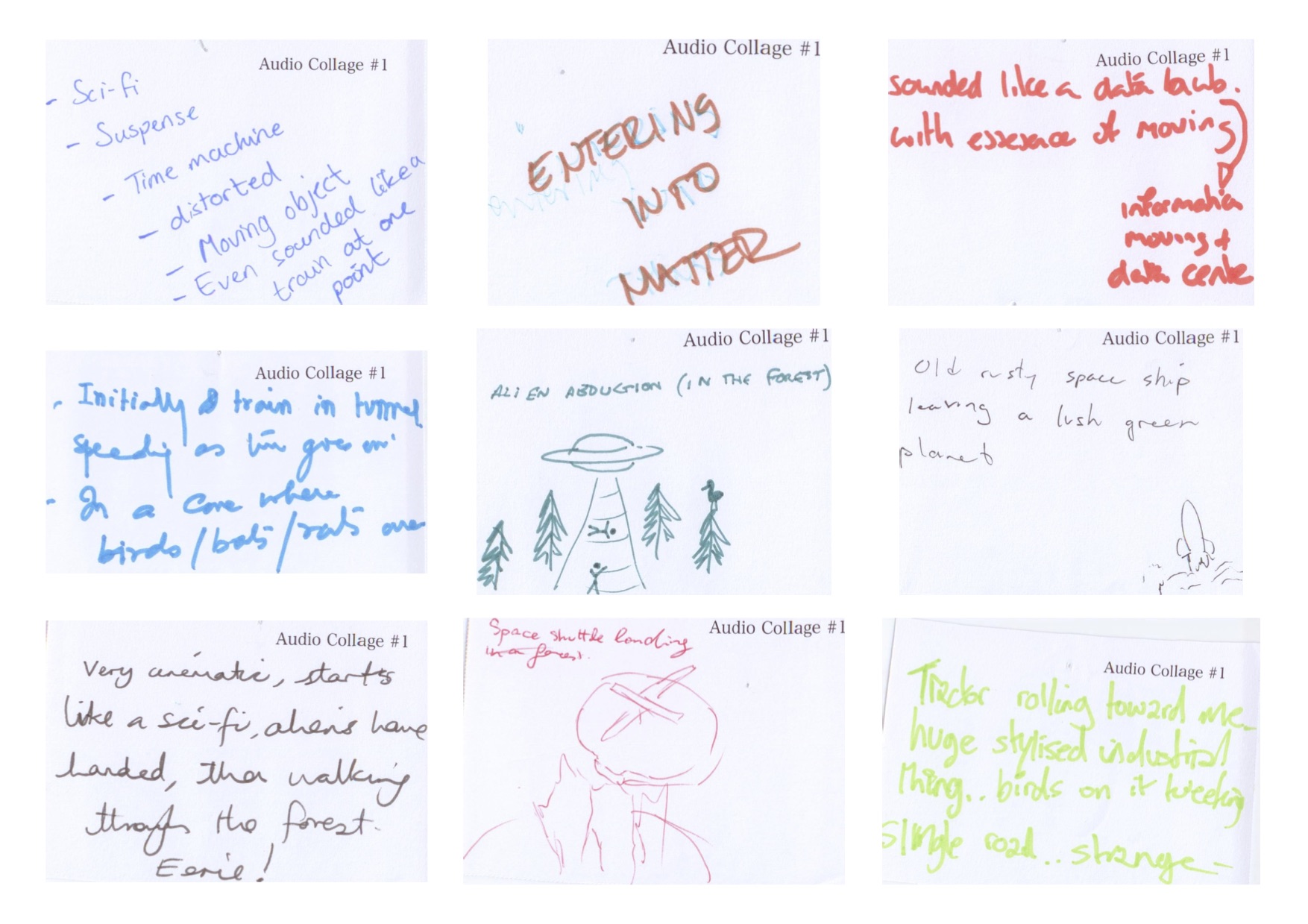 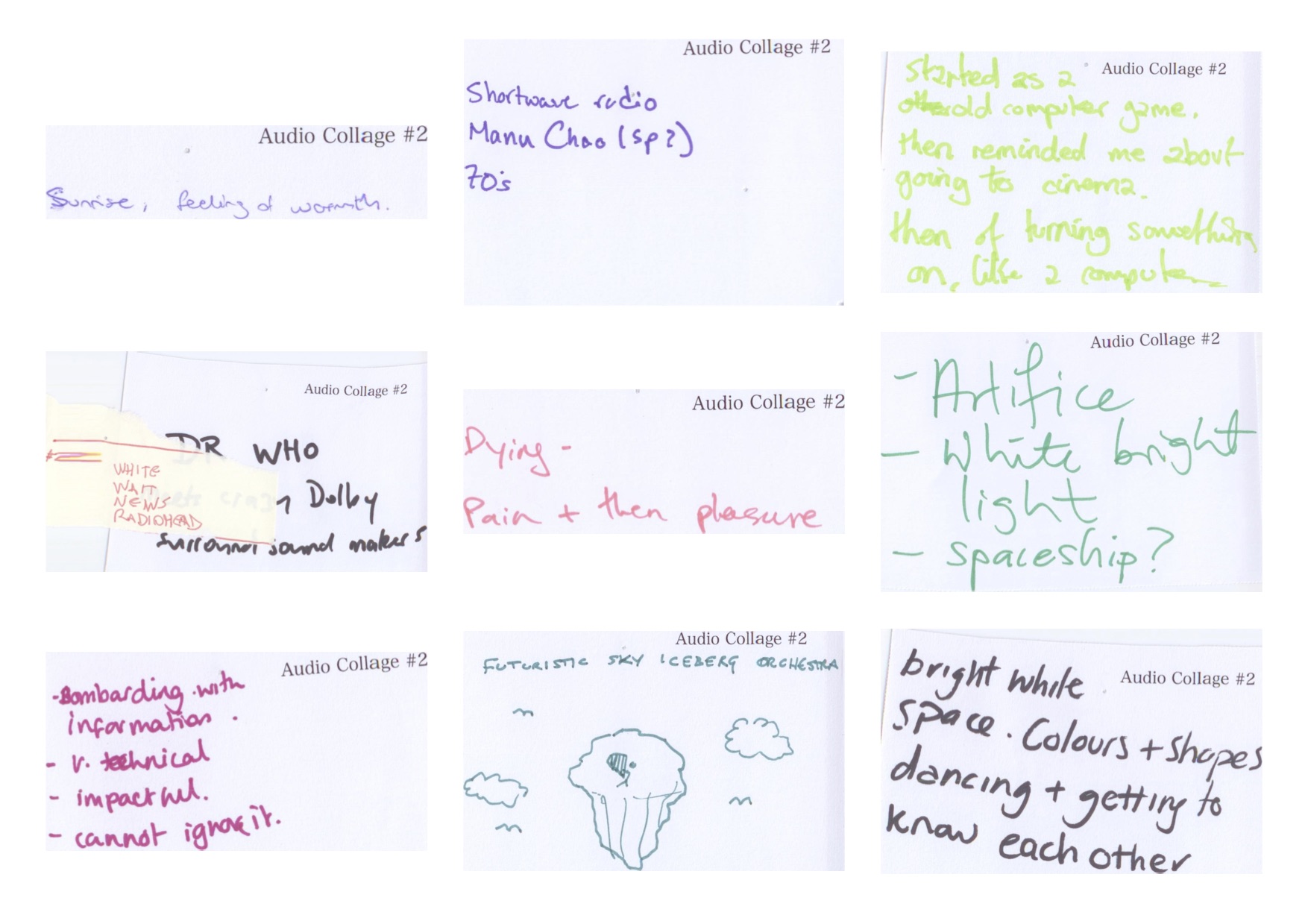 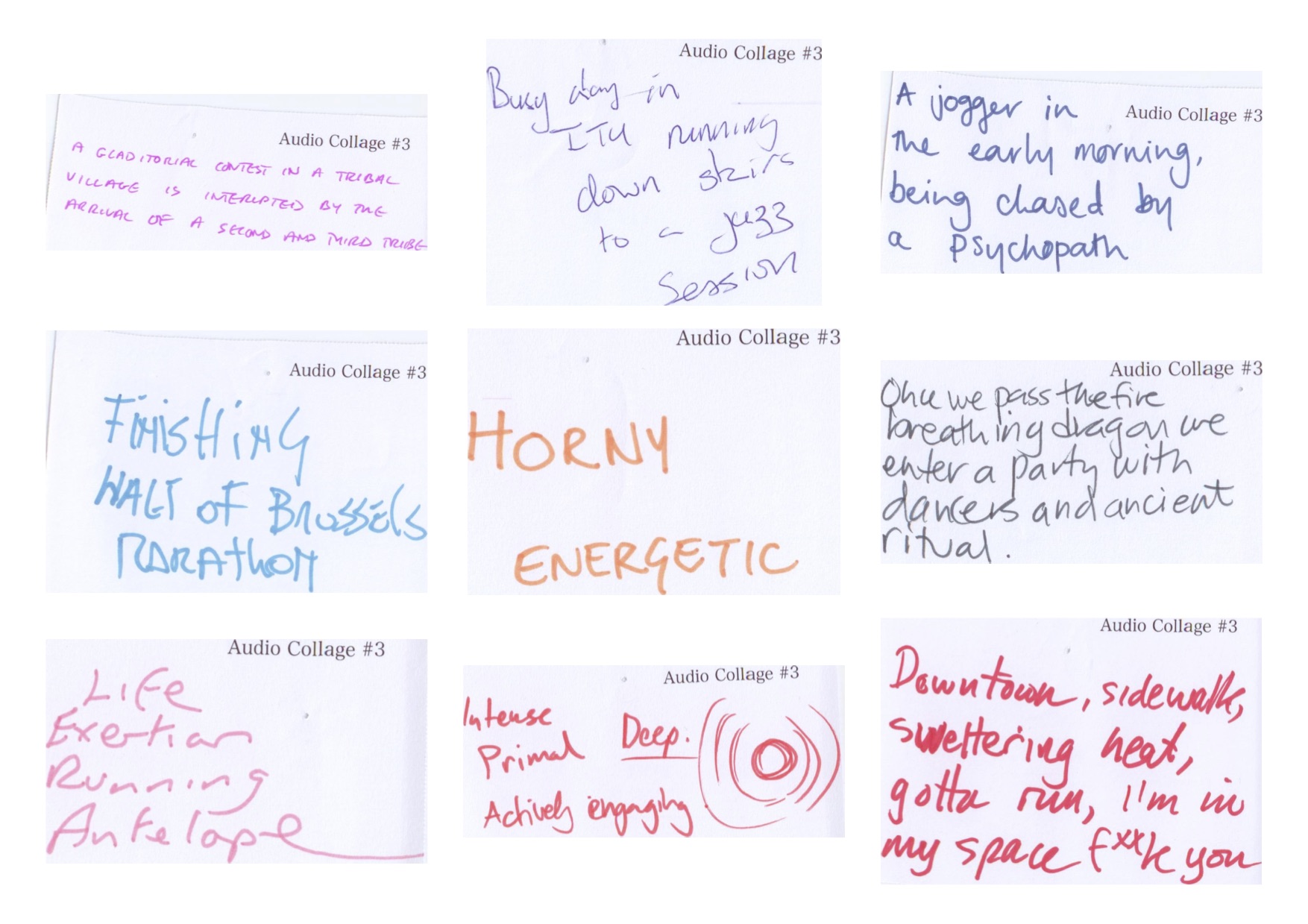 MEX has revisited the Pathway #9 theme of audible and multi-sensory design on numerous occasions since this experiment and will do so again at the MEX/16 conference on 12th/13th October. Peter Law and Tom Pursey of Flying Object will deliver a creative session in which participants learn how they combine multiple visual, audible, tactile and even taste and smell sensations into digital experiences for the likes of the Tate Modern gallery.

For further MEX research on this theme, try:

With special thanks to Peter ‘pdx’ Drescher for his original compositions and contributions at MEX/9.