The man-made objects one finds washed up by the tide are comprised of flotsam, which is the result of accidental loss, and jetsam, which has been deliberately discarded.  On 13th January 2017, a strong north westerly gale caused a five foot surge in tidal height along the east coast of the UK, leaving behind many examples of both.

From abandoned boats and mooring buoys to storage canisters and timbers, the variety of flotsam and jetsam was extraordinary.  Some will be cleared by organisations like the National Trust and local council, while other items will be collected and put to use by locals.

In previous years, we used plastic barrels washed up by a storm surge to construct a raft.  This year, we hope to gather enough driftwood timbers to construct a netted wooden framework to protect our fruit bushes from the birds.

Fond, as I am, of a metaphor, I couldn’t help but relate this natural event to the digital world.  If we think of the internet as an ocean, there are countless abandoned images, texts and downloadable files – unused, unseen and waiting – perhaps, for some unexpected tide to carry them back to human attention.

At MEX/9 in May 2011 a team facilitated by Mikko-Pekka Hanski was tasked with exploring new forms of creativity enabled by mobile technology (MEX Pathway #8).  One of the concepts they developed was applying a gradual aging process to a digital asset – a photograph, for example – by transposing the natural movements of the user into digital effects which would, over time, result in a patina analogous to the aging of a physical photo kept in a wallet. 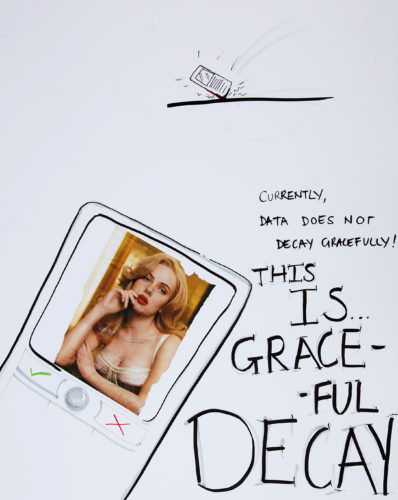 The flotsam and jetsam of the internet is also affected by the passing of time, but in a rather different way.  While the abandoned items remain the same, the world around them changes, such that if and when they are rediscovered, they may no longer even be accessible using the device which found them.

Somewhere out there, for instance, there is a PMN Java applet we developed in the late 90s, which once streamed a ticker tape of news headlines from the mobile industry.  It was never decommissioned, but even if it still works, who now would have the software to run it?  I’ve written about some of this before in ‘Preserving the medium and message of digital artefacts‘. 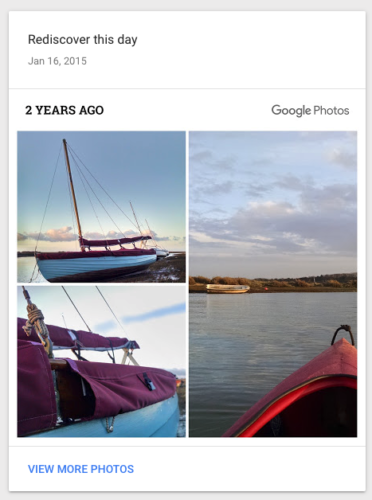 Facebook, Google and others have explored some of this notion with their ‘Memories’ and ‘On this day’ features, automatically re-surfacing old photos in a present day social stream.  Judging by the number of these I see from friends, they seem unsurprisingly popular – personal memories generate powerful emotions.

However, in contrast, digital flotsam and jetsam would be defined by novelty.  These would be items previously unseen by the finder and are perhaps better considered a form of treasure hunt or digital archeology.

It leaves me pondering the question: what are the tidal forces which could be harnessed to surface such items in an unexpected way?

One example which springs to mind is the creation of a new ‘overnight celebrity’ and the resulting frenzy of digging by journalists to unearth social media assets for a juicy story.  Events of destructive force – war or natural disasters, for instance – can also prompt efforts to seek hitherto forgotten assets relating to whatever is under threat.  I would rather like to think there are other, more positive possibilities…