You can learn a lot from conversations with eleven year olds, it seems.  This one came via my partner, whose colleague had brought her eleven year old daughter to work. Asked how she was and what she’d been doing recently, she replied, breezily, with all the confidence eleven years in the world gives you: “Oh, you know…mainly fan-girling and shipping.”

My partner thought it unlikely this girl had recently acquired an interest in a sea freight business, so she later asked her colleague what her daughter had meant.

‘Shipping’, it turns out, is the new big thing in her daughter’s world.  It is the creation of fictitious relationships between fictional characters or even the non-fictional actors who play them.  This is fandom taken to the next level.

It even comes with its own vocabulary.  While ‘shipping’ describes the activity, it can also be used as a verb: “I ship, you ship, he ships, we ship together.”

The defining characteristic of shipping parlance is combining two names into a single portmanteau.  With the recent success of BBC drama Sherlock, it turns out ‘Johnlock’, a fictional relationship between Dr. John Watson and Sherlock Homes, has become the poster boy for this concept.

Depending on the age of the shipper (I would hope!) it varies from one of platonic to romantic love.

Not being eleven anymore, this all sounded very new to me.  Immediately, I found myself wondering about the influence of digital and whether increased access to media, the ability to binge watch shows and follow the lives of actors through social channels had given rise to shipping.

(The MEX user mode, ‘Consume‘, tracks this on an ongoing basis and we have also developed a separate theme about ‘Intersection‘, the moment when consumption prompts creativity.)

However, as my partner and I discussed it, we began to realise this was more likely a variation on a theme as old as the hills.  The infatuations of youth started long before Netflix enabled you to watch 17 hours of your favourite characters in one sitting.

However, digital developments have served to amplify one of the most important aspects of shipping: its use as a basis for conversation or even a form of social currency.  While 1960s discussions of the Beatles real or imagined love lives would have been limited to an immediate social circle, today’s ‘ships’ can be shared, discussed and consumed on a much larger scale through social networks.  Now it’s possible to augment your 17 hour binge watch with an extraordinary quantity of additional ‘ships’ in the form of fan-made stories, cartoons and even podcasts.

When the world you inhabit is largely digital, it is much easier to fill it with characters of your choice.

Furthermore, digital tools have made it easier for creators to share their ships and form new social connections – locally and on the web – by virtue of their imaginative abilities.

It has inspired me in two ways.  Firstly, to spend more time listening to the wisdom of youth (something we already try capture in the MEX user stories series) and, more immediately, to start working on the mother of all ‘ships’ from my own fevered imagination: Pokia.

Pokia is tragic tale of unrequited love, enacted amid the heady days of the first dotcom boom. The brash, brilliant young Mr Palm falls for the Scandinavian mystery of Ms Nokia.  Palm’s straight talking interface and Nokia’s deep connections to the mobile industry enable them to form the ultimate power couple, reigning supreme over the land of Smartphonia and thus forever altering history. 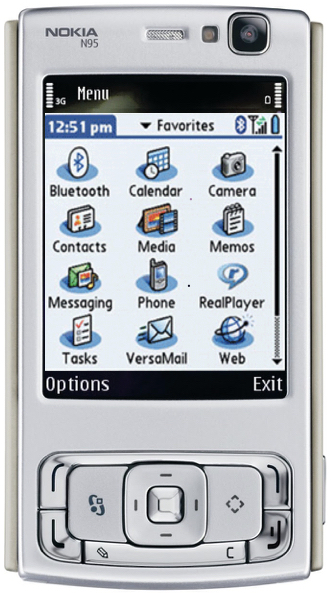 Pokia N95, the first Nokia with a Palm UI