Have you been to your bank recently?

It’s a lovely phrase that. Between the words you can almost smell the musty, well trodden carpet and faux wood panelled interior of little high street bank branches up and down the country.

Enjoy it while you can, for much that it implies is fading away.

‘Your bank’ suggests a permanent and monogamous relationship. What an alien concept that will be to new customers growing up in a world where monetary instruments exist solely in the virtual sphere!

With the words ‘been to’, we refer to an archaic ritual. It is language rooted in a time when you had to physically present yourself at a place where money could be secured or cheques could be rubber stamped and processed by hand.

I suspect most readers of this newsletter, equipped as they are with the latest digitalia, haven’t ‘been to their bank’ for some time. Why would you, unless coerced to do so by some anachronistic regulation that is yet to catch up with modern times? Apple Pay is rendering cash obsolete and all your financial services can be managed online.

I went to a bank recently – for old times sake – and this was the first thing I saw: 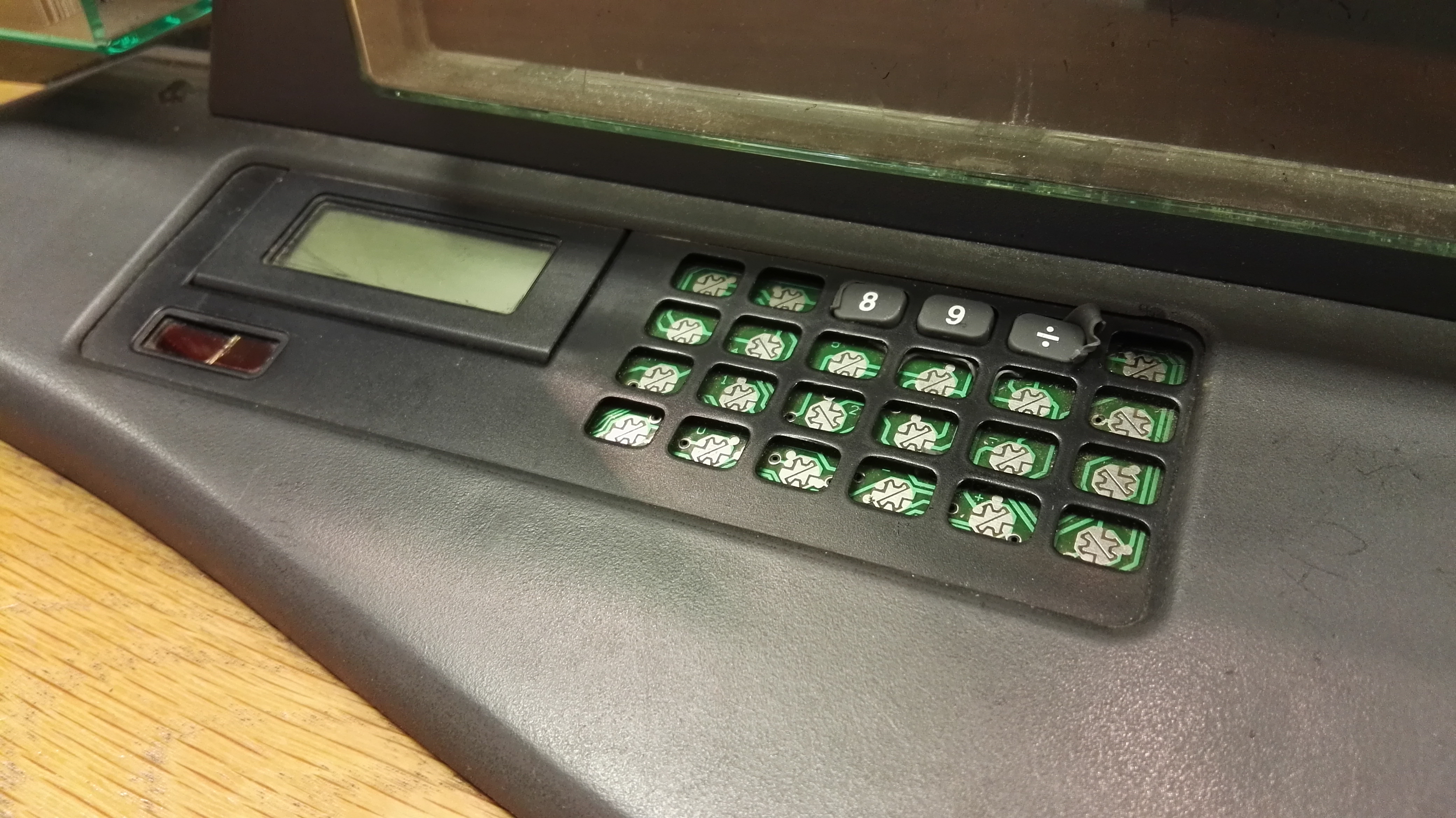 It was once a calculator, but the bored or malicious have long since stripped its rubber buttons. Now it sits there, rendered useless by the passing of time and the behaviour of customers, its vintage circuit boards exposed for all to see. I went seeking answers and, the moment I walked in the door, there it was: a metaphor for the tension between ‘old bank’ and new customer experience strategy.

The calculator was integral to the laminate wood standing desks at which customers filled out their paper books or signed their mark on slips of paper. As such, it couldn’t be removed without also abandoning the desks themselves. Presumably it was once an ‘innovation’ – a customer convenience – to help you tally up amounts before you wrote them on a bit of paper and handed them to a cashier to enter into their computer.

I couldn’t help feeling like I was looking at something which might one day be found in an archaeological dig. However, it is still happening today…and for a while longer, until logic prevails and modernity catches up.

The day I visited, someone was handing over a scrap of paper with some account details written out in biro. They were paying some money into someone else’s account. To do so they wrote out a cheque from their own bank and handed it to the cashier. She dutifully brought up the details on the screen, entering the data manually on a keyboard, then printed out a receipt.

The dot-matrix printer at the back of the office slowly, line-by-line, produced a record of what had happened. The ‘stop/start’ noises it made sounded a little like it was recounting a fairy tale of the transaction in a stuttering mechanical language. The money would ‘clear’ three days later.

At the other counter, an elderly man was moving £20 from one account to another. The transaction itself took a minute or so, but the conversation about the weather – which I suspect may have been the main reason for his visit – took several minutes longer. 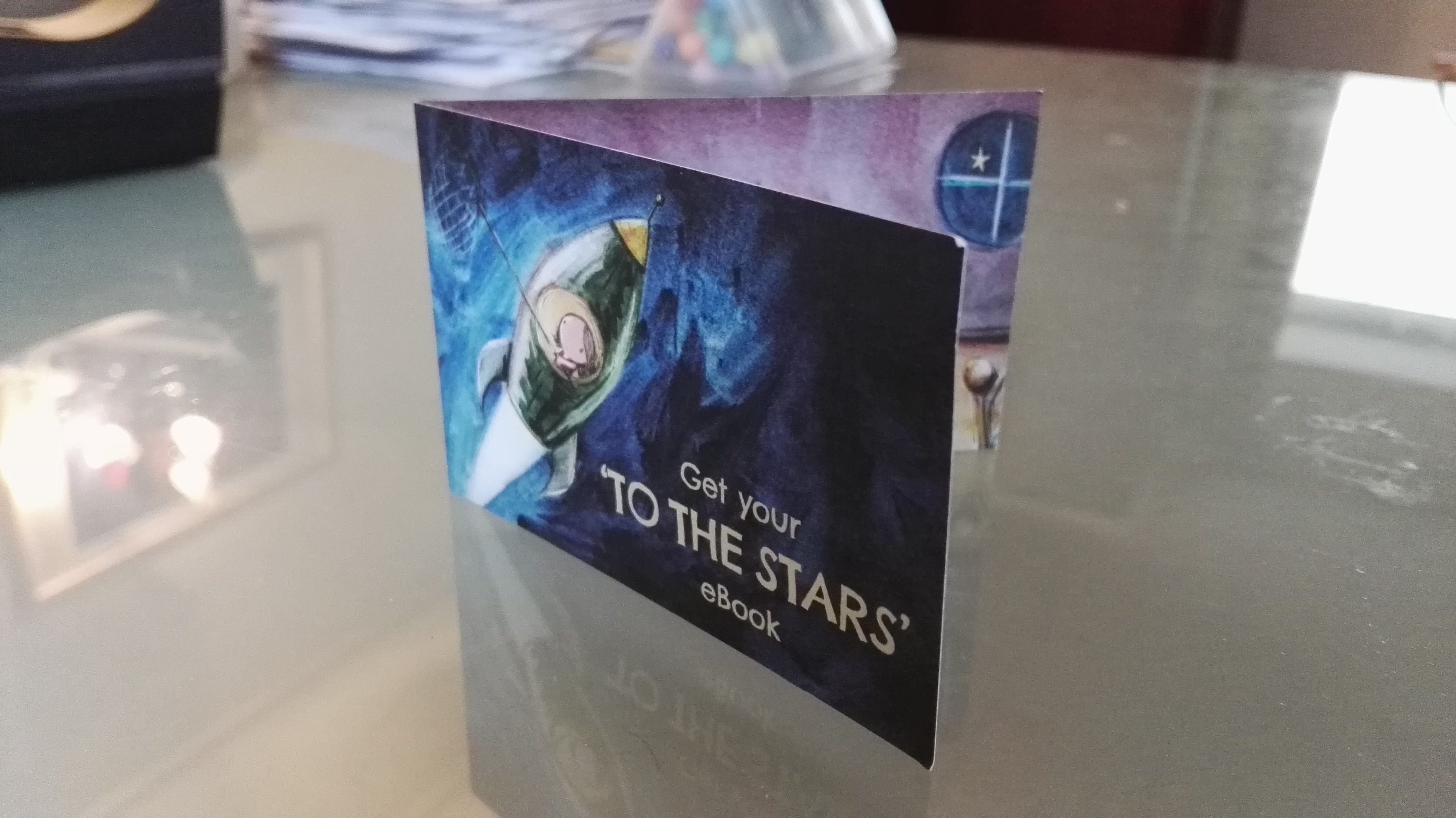 Sitting to one side, in a cardboard dispenser, I found one of these cards, offering customers ‘A magical little read this Christmas…’ It was mid-January, but apparently I could still use this piece of printed paper go to a web-site and download an ebook. This was what I found when I tried: 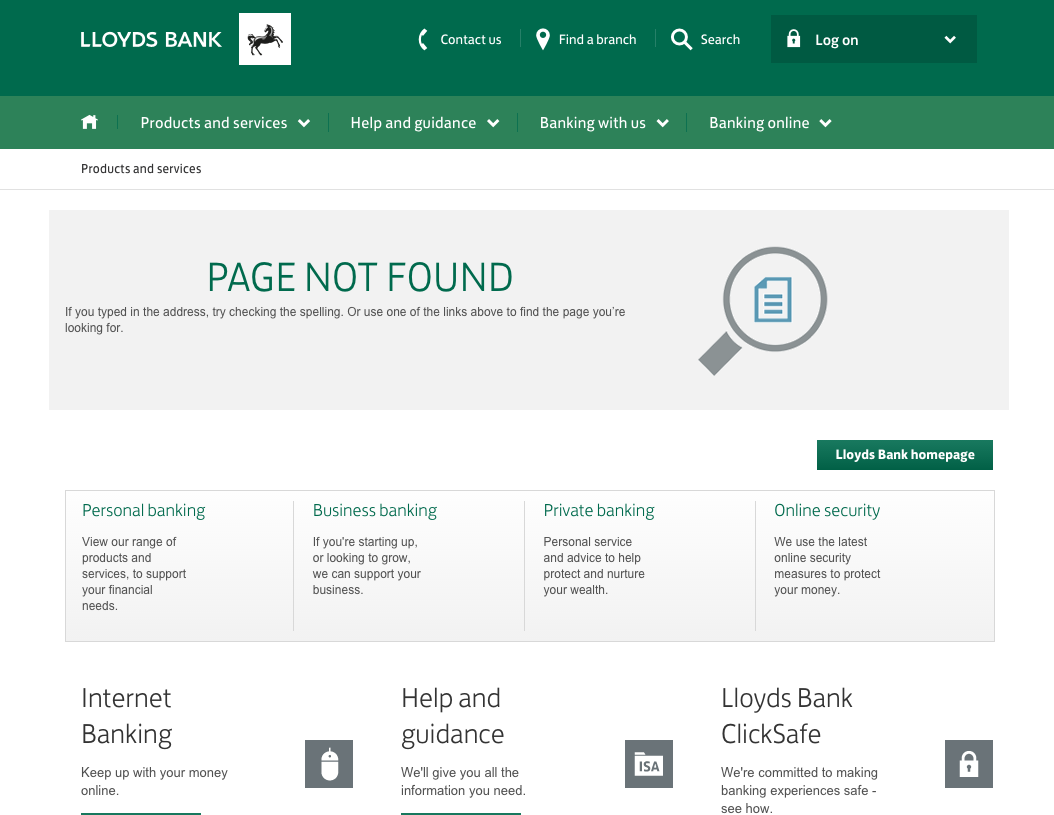 I wonder if it had ever worked or if I was just too late? It’s a shame, I’d been looking forward to reading it. It was entitled ‘To the stars’.

The disruption of an industry is like snowfall. It comes silently, flake by flake, each one seeming to make little impact on its own. Many melt and disappear without ever being counted. Incumbents can continue to ignore them and comfort themselves by watching those failures and counting their healthy legacy revenues. But gradually, over the course of a season, the snow accumulates and all the features of the landscape we imagined to be so permanent and immovable start to cave under its weight.

Most user experience work, especially in big organisations like banks, is still concerned with optimising what already exists. It is grounded in the premise that there are fundamental truths, often supported by regulatory requirements, which are immovable. Practitioners tweak customer experience around these immovable objects and can often achieve good results – for a little while.

However, there comes a moment in every industry when the accumulated disruptive forces reach critical mass. After it has happened, it is trivial to look back and wonder why we ever did it any other way. The hard part, of course, is investing in the creative experiments which allow you to occupy that intangible, imagined future before it occurs – and thereby stake your claim to it.

Exercises like this trip to the bank depend upon the spirit in which they are undertaken. To have any hope of being able to build the future, we must first be able to imagine it with sufficient clarity to look back and see the present for what it is: an antiquity waiting to happen.

Maybe we should think of it as imaginary archeology? Perhaps it is a branch of design fiction or overlaps with ethnography? Whatever you decide to call it, remember it thrives on a degree of playfulness and is contingent on how willing you are to recognise the absurdity of contemporary rituals.

You might try it yourself next time you insert the intricately carved little slice of metal required to operate the ignition of your car or open your front door? Maybe when you next find yourself sticking down a scrap of illustrated paper onto an envelope to pay for letter postage?

Look for those moments when you can suspend the sense of ‘we’ve always done it this way’. Instead, try to imagine how you’d tell a story of the process to a child growing up 50 years from now. “Once upon a time, there were telephones that lived in little temples made of iron and glass. You’d find them on street corners, painted bright red, and to make them work you’d put discs made of metal into a slot…” Maybe one day you’ll be able to read all about it in a fairy tale Christmas ebook from ‘your bank’…