As part of our ongoing series about improving user experience in that crucial moment when transitioning between a mode of consumption and a mode of creativity, we made separate investigations into both ‘Consume’ and ‘Create’ as distinct themes. This article focuses on the creativity behaviours, but for background there’s also the original essay entitled ‘How can UX improvements encourage users to pivot from consuming to creating?‘ and a piece on consumption behaviours entitled ‘Design principles for restoring focus to digital consumption‘.

The notion of ‘Inspiring new forms of creative expression through mobile devices’ was initiated at MEX in February 2011 and led to a joint exploration with design agency Idean. Idean co-founder Mikko Pekka-Hanski led a creative team at MEX9 in May 2011 tasked with suggesting experimental digital experiences for creativity, along with speaker sessions from Chris Browne (then of Fjord) and James Whatley (then of 1000heads, currently of Ogilvy).

We posed 5 questions in early 2011, which thankfully – with the benefit of hindsight – proved prescient:

The talks and creative sessions resulted in the following summary points. Or download a PDF (10 Mb) of all the session notes here:

Amy Godsell, the visual note-taker at MEX in 2011, created this summary graphic capturing the participant’s collective response to the theme: 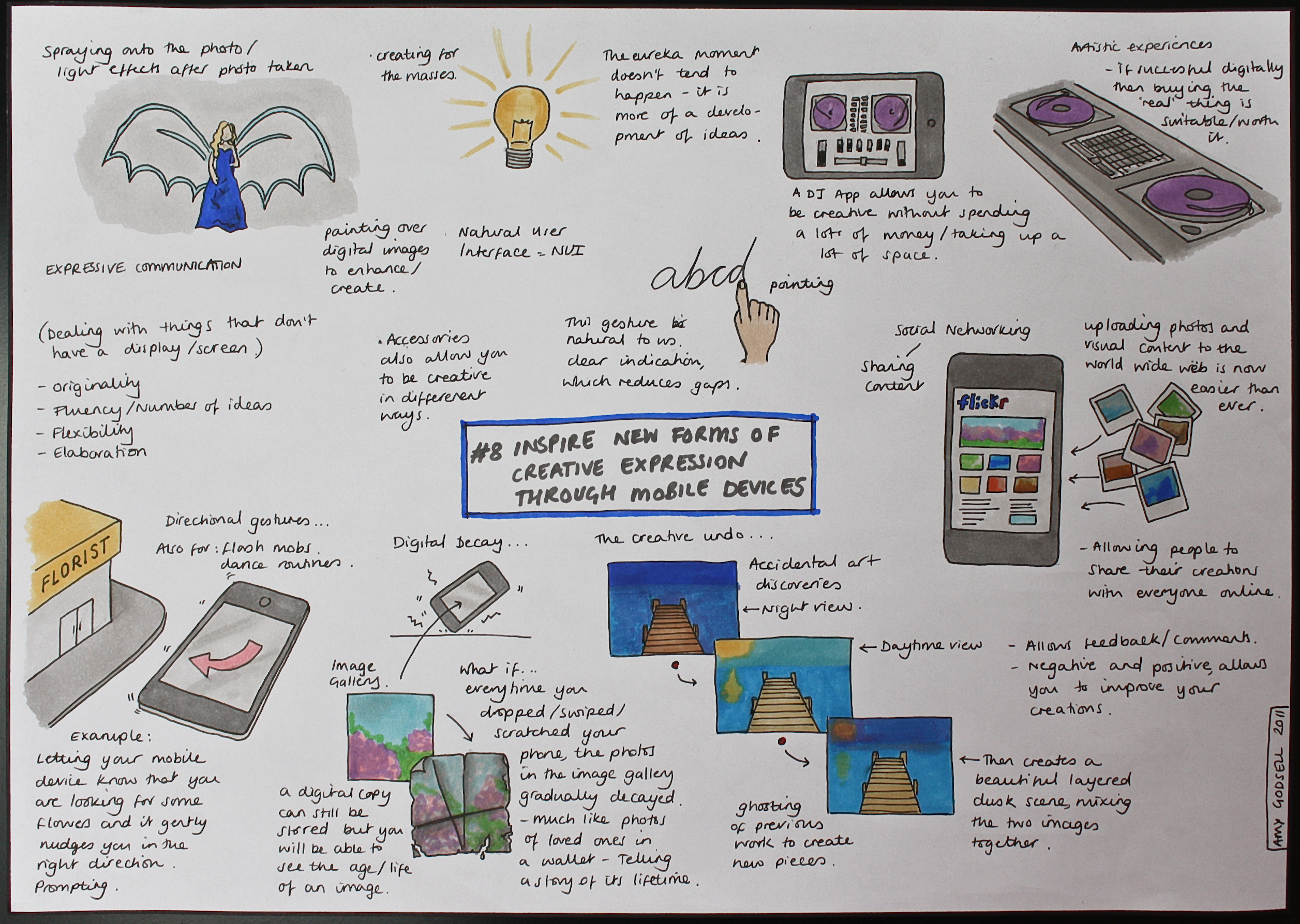 This is part of a series on the intersection between digital consumption and creativity by Alex Guest and Marek Pawlowski. To follow the forthcoming stream of articles, UI concepts and examples, track #uxintersection on Twitter, bookmark the ‘Intersection‘ category at mobileuserexperience.com or sign-up for the weekly email newsletter. More importantly, this is an invitation for you to get involved in the discussion – we’d love to hear your feedback and ideas for taking this topic forward.