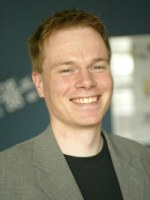 Siemens joined the Symbian consortium in April 2002 and then entered into an agreement to collaborate on and license Nokia’s Series 60 in May 2002. Its first Symbian-based phone is close to launch. Richard Bloor discusses Siemens’ smartphone strategy with Dirk Hofmann, Head of Consumer Marketing.

One of the curious aspects of Siemens joining Symbian and partnering with Nokia on the Series 60 is that you already have a relationship with Microsoft. Why are you not using their operating system for your future smartphones?

There are many reasons why Siemens has joined with Symbian and there was a lot of discussion internally before we did so. Perhaps the key is that we feel the smartphone market is different from the PDA market. A PDA buyer may look for a specific operating system to run specific software, particularly when you start looking at corporates, where the IT manager will decide what handheld or wireless device will be used, so he can ensure the connectivity to back-end systems.

The phone buyer, on the other hand, will be looking at the features of the package, what they can do with the phone, and won’t be considering the operating system as much. Given that we believe this is the way the smartphone market will work for most buyers, we then asked what our vision was and how we could influence the emerging operating systems to ensure they contain the best features for our customers.

Microsoft are setting the agenda for their products, we don’t have much opportunity to influence the direction they are taking. Symbian, however, gives us the opportunity to have an influence over its development, to ensure the things that we believe are important to our customers are built-in. While we could do this as a licensee, being a partner in the company obviously means we can have more influence.

Having bought into Symbian, you then proceeded to licence Nokia Series 60. Why did you turn to Nokia to provide the user interface for your phones?

While Symbian OS provides a standard platform, we were conscious that there was a danger of it becoming fragmented if each licensee built their own smartphone user interface on top. We looked at UIQ, Series 60 and the option of developing our own smartphone interface. In doing so it was clear that, if we wanted to achieve the critical mass to drive the next generation of data services, creating a new Symbian interface would give the impression of fragmentation. Developers and operators certainly would not benefit from a fragmentation in the market, with multiple standards to support.

Nokia are number one in Europe and we are number two, so clearly adopting Series 60 made sense in terms of achieving the penetration we both want. So together we are working on the European market, which we see as key in driving these new services, and will be doing the same in Asia and the Americas.

Your earlier comment about PDAs and Microsoft suggests Siemens sees its Microsoft products being for the corporate market and the Symbian smartphones for the consumer market. Other Symbian vendors are clearly building devices that are targeted at the enterprise market. Why does Siemens’ opinion differ?

Our view is that, in the short term, Microsoft will have the advantage in selling into the corporate market. There are two main reasons why Microsoft currently has a better position within the corporate environment. Firstly, IT managers are more familiar with Microsoft products, have its products in the backend, and will be more confident about achieving the necessary integration. Secondly, Microsoft provides a one-stop shop, whereas at the moment to achieve the integration with Symbian, you need to go to several smaller vendors.

However, I would like to point out that the Symbian OS technically has the capabilities to achieve the same, or possibly better, secure back end integration or indeed fulfil any mobile data need that the Microsoft platforms can. We do expect that over time this will change with Symbian, and more specifically, Series 60 playing a bigger role in the corporate market.

In the way that Palm moved into the corporate sector, because IT managers found that employees had these devices already, the same will happen with Symbian. IT managers looking at wireless will soon find that their organisation already has a large number of data capable wireless devices based on the Symbian OS. And we think that it will be Series 60 that does this more than Series 80 or UIQ, because Series 60 phones will be more widely adopted by consumers.

Part of the agreement with Nokia was for Siemens to contribute to the development of Series 60. What specific area of expertise is Siemens contributing to Series 60?

The agreement we have with Nokia regarding Series 60 covers licensing, future development and joint developer marketing to drive the platform. We also agreed to co-operate in identifying areas where we can work together to drive the market for mobile data. This includes activities around the Open Mobile Architecture initiative (OMA), in Java standardisation, with Sun, and meeting regularly to discuss future opportunities.

The other main area of co-operation, outside the Series 60 agreements, is device and network interoperability and compatibility testing. Testing that our phones work on a Nokia network and vice versa. We also do this with other manufacturers, such as Ericsson, Alcatel, Nortel, because so many operators’ networks are made up of mixed hardware.

So, in terms of the platform development, which areas does Siemens expect to be contributing to?

In many ways the nature of our contribution will develop over time as we work together. However, we have expertise in areas such as the Man Machine Interface (MMI) structure, 3G and Java, particularly the next generation of J2ME and MIDP. So these are probably the areas where we will be contributing. The other area where we are contributing to Series 60 development is in terms of joint marketing though events such as CTIA show later this year and the GSM Congress.

Does this mean developer support will also be a joint exercise?

We already have a developers’ web-site that we launched with our first Java phone and will be adding a Series 60 section to it. Through this site we will be providing support such as Series 60 SDKs, plugs-in for Siemens specific hardware and discussion forums. We will also be continuing with Siemens specific events such as our Developer Conferences. There will obviously be some common material that we will share with Nokia but it is important to us to provide support for our developers.

You have spoken a lot about the need to prevent fragmentation in the smartphone market. However, a standard operating system means that in some respects there will be less for the customer to differentiate between phones. How will Siemens address this challenge?

You are right, this is an important issue. The way in which we will do this is through the MMI (Man Machine Interface) and the overall phone design – both how it looks and what it does.

The things that attract a consumer to a phone are what it can do and how it looks. So design will be important and special hardware features, such as sound, will play a big part. These things will attract the consumer to our phones, usability will keep them loyal to Siemens phones.

The majority of smartphone users are different from those who regularly use desktop PCs. So we believe that simply shrinking a desktop onto a small phone screen is not the best way to make the sophisticated functionality these phones will have accessible to the user.

Users want fast, efficient access to the facilities they want to use, it’s not like surfing the net where you can go back and forth to find where you want to go. Series 60 gives us the flexibility to look at how the physical controls are laid out, how the applications are arranged or presented, how we use colour and icons. So these are all things we will look at to provide the best user experience possible.

We believe that the Symbian OS, Series 60 and the underlying hardware platforms they run on gives us the power and flexibility to be able to create innovative, differentiated phone which will have strong consumer appeal.

As you may be aware there has been some speculation around when Siemens will announce their first Symbian phone. Are you able to give us any better idea of when we might expect to see an announcement?

Unlike some manufacturers Siemens does not announce new phones well in advance. However, I would suggest you look out for something from us in the next couple of months.