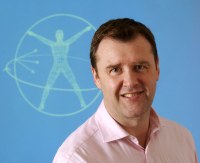 Anthropics’ FaceWave technology enables users to send and receive photo-realistic ‘talking heads’ on MMS-enabled handsets. It recently announced the availability of its FacePlayer software for the Nokia 7650 Symbian smartphone. Mike Burling is Senior Vice President of Sales and Marketing and joined Anthropics from EnTrust, where he was Sales Director.

How did the Anthropics concept evolve?

Anthropics began in 1997 as Createc, the research division of the UK National Film and Television School. Working with a number of UK universities, the research was focused on highly efficient photo-realistic digital human representation for animation and special effects.

In August 2001 Anthropics raised £5.7 million in venture capital through Quester. This has enabled Anthropics to commercialise the research into viable products. Anthropics’ focus was initially on web and wireless networks, however as broadband becomes more available Anthropics chose to focus on the optimisation of its ‘FaceWave’ technology for wireless networks.

How difficult has it been to develop such a complex technology for devices with limited processing power and bandwidth?

Unlike other avatar-based companies Anthropics has consciously chosen to develop a 2D, rather than 3D, end-user experience. It is replicating a TV-like experience and we believe that companies making 3D characters for a small screened device like a mobile are adding additional texture layers, shading and lighting. The net results for these companies are that their characters become less photo-realistic, the technology has to process information that needn’t be there and hence, in comparison with 2D, they can’t display as many frames per second as with Anthropics’ FaceWave technology.

Having said this, it has been a big challenge to replicate a TV-like experience on devices with limited processing power. The biggest challenges to date have been getting the size of the applications right down so they take up a minimal amount of space on the device, generating video from a still picture and ensuring that the lip-syncing from text or audio is perfect. Anthropics feels that it has achieved all three and yet are still able to get a near TV-like number of frames per second.

And the results? Downloading and playing a 30 second clip on any mobile platform using Anthropics FaceWave technology takes just 30 seconds. If we were to download and play an image of similar quality using a MPEG-4 codec, it would take 7 minutes over GPRS and 90 seconds over UMTS.

Advancements in the processing power of mobile devices and the addition of colour screens has allowed Anthropics to optimise its technology for lower-powered devices. By working with some of the world’s leading handset manufacturers we are keeping abreast of expected developments on phones about to be introduced to market. Anthropics’ FacePlayer currently runs on the Nokia 7650, Nokia 9210, Sendo Z100 and a number of PDA devices, with additional platforms and handsets about to be announced.

Do you think Anthropics technology will be used primarily for person-to-person messaging or will it have applications in third party content delivery too?

Anthropics believes that there will be three types of messages adopted.

First, there will be person-to-person messages where a user will create their own message by typing a text message, selecting a face and sending that message to their friend. The friend will receive the talking head speaking that message. Next year users will be able to create their own messages by leaving a voice message on an IVR system and nominating a face they want attached.

Next Anthropics believes we will have pre-recorded greetings, like birthday, anniversary, Christmas, a range of invitations and football wind-ups. Users will send these to their friends.

Finally, there will be one-to-many, content-authored messages. These may be news updates, sport updates, weather, horoscopes, joke-of-the-day or personalised messages from your favourite footballer, movie star or singer.

Overall Anthropics believes the person-to-person format will be more popular, but in the shorter-term, until there are sufficient handsets in the market, we would expect content-authored messages to be the driving application initially.

Anthropics has developed a professional content-authoring tool called FaceDirector. FaceDirector allows content providers from mobile portals through to advertising agencies to create their own content. By simply adding text or an audio file to a marked-up still photo a photo-realistic movie can be created. Additional emotions, such as a look of surprise, and movements, such as head tilting can also be added to make the final result even more life-like.

Once more handsets are available we see FaceWave as becoming a fun and compelling extension to sending text or photo messages. These images are kept on a secure FaceStore server and can be accessed by using a unique identifier. In the future, we also see Anthropics’ FaceWave messaging complimenting evolving technologies such as UMTS. For example, people wanting to watch a replay of the winning goal of their favourite sports team could have it downloaded as an MPEG-4 file in the background as it is introduced by the goal scorer.

Have you done any research on the premium people will be willing to pay to send or receive an Anthropics message?

As we are a technology provider, decisions on end-user pricing lie with the mobile operators. Anthropics has closely watched the acceptance of premium rate SMS and the recently launched photo messaging. This clearly demonstrates consumers are prepared to pay between GBP 0.20 – GBP 0.50 for a premium content-authored messaged, although Anthropics also believes it is in the interests of mobile operators to keep the price per message as low as possible to ensure mass-market adoption of these new services.

Where does your revenue come from – do you charge for the client application?

Anthropics is not able to disclose our revenue models at this time, although it is in a fortunate position to provide a number of flexible revenue models to adoptors of FaceWave technology.