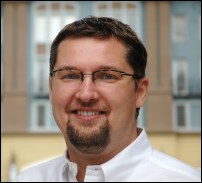 Juha needs little introduction for most people in the mobile industry. He was one of the early employees at Psion Software and a founder of the Symbian venture which grew out of that business. After serving on Symbian’s board, he went on to lead Microsoft’s mobile efforts as Corporate Vice President, launching Microsoft’s mobile platforms in the cellular business.

Following his role at Microsoft, he became President of Macromedia Mobile.

Today, Juha is CEO of Sonopia – a start-up currently operating in ‘stealth mode’ and focused on enabling micro-segmentation in the mobile industry. Juha has already recruited some of the industry’s leading executives to the company’s management team, including several of his former colleagues from Psion and Symbian.

Juha will deliver the opening keynote at MEX on 6th September, in the session entitled “Redefining the mobile user experience.”