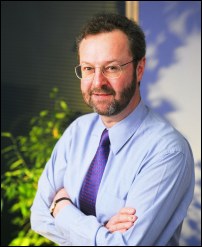 Julian’s history in the mobile industry dates back to early days of handheld computing, when as a founder and CEO of Purple Software, he led the development of some of the most widely used mobile computing games and applications in the 1990s.

Asked to describe his role in a 160 character ‘SMS’, Julian told us he is a: “Pioneer of mobile entertainment, entrepreneur & CEO of mobile web services company Mobrio, an expert on the development, licensing & adoption of digital entertainment products & services.”

He will chair the session entitled: “Supporting user-driven personalisation” at MEX.

He was also Chairman of the Board at IOMO, the UK’s leading independent mobile games developer and publisher until its acquisition by InfoSpace Mobile in December 2004 and a former vice chairman of the Mobile Entertainment Forum, the mobile entertainment industry’s trade association. He is a non-executive director of Arena Quest, an operator of city-centre leisure attractions based on interactive gaming.

Julian holds an M.Sc. in Management from the University of London and is a Sloan Fellow of the London Business School.