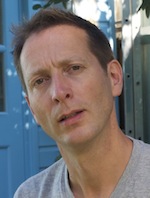 We asked Stephen to lead Pathway #5 at MEX, examining best practice for mobile healthcare, because of his huge experience developing tech solutions for information audiences. Stephen’s own journey to new platforms started in 2001 after stepping down from journalism as Editor of BBC Newsnight, and becoming the Executive charged with modernising the BBC’s 30-year old partnership with the Open University. He pioneered the push of rich media content onto mobile platforms with TV brands such as ‘Coast’. Stephen joined the New Media division of Mentorn, producers of Question Time and many other iconic factual services, in 2005. In this role, he won and carried out dozens of innovative multi-screen projects to transform content-delivery for media, universities, healthcare and Governments. He has recently completed a TSB-funded tech research project to develop agent-based UIs with artificial personalities. Stephen also follows the mobile story in Africa, and advises the GSMA working group on Mobile development initiatives. His new venture Cambridge Personality Research is a data product spun out from University discoveries. The company optimises UX on all platforms by predicting each user’s personality.