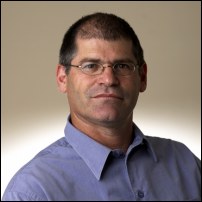 When he talks to handset manufacturers about firmware over the air (FOTA) update technology, Red Bend CEO Yoram Salinger prefaces his remarks with candid advice: “You don’t need to believe a word I say.” He instructs them that no matter what he says about the company’s FOTA solution, “Test it.”

As it turns out, many of them have taken him up on that advice. By now, nearly all the major handset makers have adopted FOTA technology and they’re now shipping phones that can be updated over the air. They’ve been driven primarily by a need to repair phones already in the hands of users. FOTA provides a kind of “insurance policy,” allowing them to deliver bug fixes efficiently and reliably.

But Yoram sees the use of the technology going well beyond bug repair. It can actually be used to deliver new, customized features and services to users’ handsets. He’ll be touching on this topic as part of the MEX conference panel on “Exploring the key technology enablers of the mobile user experience.”

As the use of FOTA expands to support customisation and personalisation, the result is a much more flexible – and complex – software environment on the handset. Managing this complexity will be a challenge for both handset makers and operators going forward, and it could force large scale changes to the dynamics of the mobile software industry.