This article by Marek Pawlowski, founder of MEX, asks whether there is still a place for physical buttons and controls as more manufacturers follow the path towards generic, touch-based slates where the interaction layer is abstracted into software.

Touch interfaces are proliferating, but there are still instances where the tactile satisfaction of a physical button delivers a better user experience. As the trend towards interfaces defined primarily in software and touch accelerates, the mobile industry should consider where in the design process it makes sense to invest in ‘real’ controls. 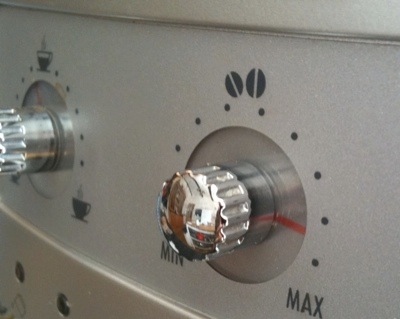 Buttons reward us. They invite us to interact by broadcasting their function and then satisfy our tactile cravings by providing a distinct response. It speaks to our innate human desire to find useful tools with which to influence our surroundings.

There are certain tactile responses which, at a subconscious level, we find extremely satisfying. For instance, most adults still dissolve into a child-like state of fascination when presented with a sheet of bubble wrap to ‘pop’. I personally find an inexplicable joy in the rotary movement of the volume control on my car’s sound system and the solid, metallic dial which controls the suspension lock-out on my bike.

The level of satisfaction created by these controls is determined by a combination of factors:

Touchscreens offer almost unlimited scope for interface customisation, but they are, in essence, designed for direct manipulation: cause + result. You touch your finger to a sound slider icon (cause) and drag to increase the volume (result). 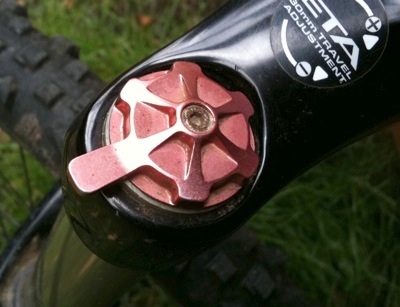 In contrast, physical controls provide an additional layer where the user experience may be enriched: the interaction flow becomes cause + effect + result. You twist the sound dial (cause), you feel the resistance (effect) and the volume increases (result). If correctly implemented, the effect layer can help to differentiate products and become a valuable part of the experience.

The real challenge is in knowing where in the product design such an approach is appropriate and how to make best use of the constrained bill of materials budget to achieve results.

A few scenarios where physical controls have an advantage over virtual, touchscreen interactions spring immediately to mind (I’d also be very interested to hear from readers who have other suggestions):

However, despite these specific attributes, the advantages of touchscreens and abstracting much of the UI into software are clear. Accepting that touchcscreens will be a key feature of most mobile devices in the future, we are faced with choices.

On the one hand, we may attempt to create a ‘pure’ touch UI, where almost everything is controlled through screen interactions – Apple is the most prominent example of this. Alternatively, we might add buttons and controls for a few primary functions (such as back, scroll and search) – this method is favoured by many Android-powered devices. A third choice is to offer a significant physical alternative for input, for instance by adding a keyboard, or an optical scroll-pad – devices such as the Blackberry Torch, Palm Pre, Nokia N97 and X3 fall into this category.

The user experience challenge is to balance the speed and convenience gained from dedicated buttons with the additional latency which results from users switching between touch and physical input methods.

There is an argument that less is more in these situations.

Consider the iPhone, for instance. Although the raw speed of text input through the iPhone’s on-sreen keyboard may be slower than a physical keyboard, the overall time to complete common tasks like entering a web search or typing a text message may actually be quicker because there is less latent time lost through the user having to switch between ‘touch’ mode and ‘keyboard’ mode. Consistency tends to result in faster, more satisfying interactions.

This is particularly true when the user is required to switch the orientation of their device from portrait to landscape to access the keys, as with handsets such as the T-Mobile G1 and Nokia N97. This action is often sufficiently time consuming and disruptive to ensure it is only ever used when the user knows they are going to enter a significant amount of text. However, with many of these devices, designers seem to assume the keyboard will be the dominant method of text input and therefore invest little effort in providing easy on-screen alternatives.

There are now several devices which combine portrait orientation touchscreens with a keyboard, reducing the time and effort required to switch between modes. The Blackberry Torch and Palm Pre both offer this with slider form factors, while the Nokia X3 has a 12-key physical keypad for fast texting and a touchscreen in a candybar form factor. Crucially, the X3 is optimised for single-handed use, something we are seeing less of with the expanding size of touchscreen slates.

In future, haptic effects and electro-deformable polymers (EDP) may make it possible to simulate the true tactile feel of physical buttons. EDPs will actually allow areas of the touchscreen surface to raise and lower, controlled by software, to give buttons real feeling beneath our finger tips.

In the interim I would urge device manufacturers to consider investing in the development of their own distinct tactile palettes. Integrated across touchscreens and physical controls, there should be a specific Nokia, Sony Ericsson or Motorola ‘feel’, which guarantees users will experience the same quality of button travel or smoothness of touchscreen glass across the product range.

Nokia managed to tie hundreds of millions of users into an ongoing upgrade cycle because they were familiar with the visual UI. I believe there is an equally valuable opportunity for all manufacturers to build customer loyalty through a consistent approach to tactile quality.

In addition, manufacturers should consider specific tactile highlights for each device, where one or more of the physical controls is highlighted as a key part of the product design. It should deliver a particular advantage over touchscreen interaction, such as a well-designed two-stage camera key or a scroll wheel ideal for reading emails.