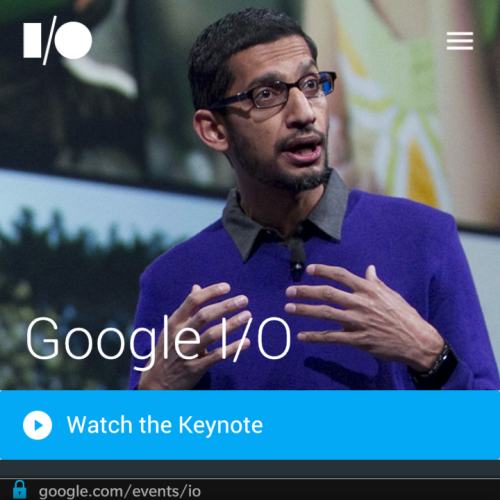 Yesterday I was able to watch a live stream of Google’s IO keynote from San Francisco on a Blackberry Q10 travelling at up to 70 mph as a passenger in a moving car through the rural East of England.

It represented one of those watershed moments which made me realise how far mobile technology has progressed. Consider the scale of infrastructure investments, compatibility testing, hardware development and software iteration which went in to making that experience possible.

Working in this industry day-to-day, especially with a focus on the experiences which still need improving, it is easy to forget the progress which has been made. It took a moment like this to remind me how much has been achieved.