In February 2010, Rafe Blandford of All About Symbian conducted a remarkable interview with Anssi Vanjoki, then Executive Vice President of Markets at Nokia. Vanjoki, the man in charge of its consumer smartphone products, had agreed to answer questions about the N97, Nokia’s flagship product for 2009 and a device criticised by users for its many software and hardware problems. It was a rare example of a senior employee publicly acknowledging and dissecting the user experience failings of highly anticipated product.

Blandford asked Vanjoki if Nokia had changed its quality control process to ensure the issues witnessed with the N97 would not happen again. Quoting from the transcript, Vanjoki’s response was as follows:

“Yes, actually, it is exactly like you say – it is [a] quality control process. These things are not quality control at the end of manufacturing; they are quality control measures that are taken at the outset of setting up a programme to deliver this whole thing. And that is exactly the learning we have taken and that has gone into Symbian^3 as well as the products that are coming based on Symbian^3.”

Vanjoki, of course, has now left Nokia, along with others lost in the high profile reshuffle which accompanied the arrival of new CEO Stephen Elop. However, the first of the Symbian^3 products to which he was referring – the N8 – has been available for a couple of months and taken over as Nokia’s flagship smartphone.

I’ve been reviewing the device in an attempt to understand whether Nokia really did learn from the lessons of the N97 and what the user experience of the N8 reveals about the future of the Finnish company.

Unfortunately using the N8, like the N97 before it, is a broken experience. Normal activities, from re-charging the battery to answering emails, are made frustratingly difficult by a mixture of bugs, performance issues and poor design choices.

I have found the device freezes or resets itself for no apparent reason approximately once every two days. On one occasion it became locked in a re-charge cycle, where the N8 continued to think it was charging itself even after I had removed the battery cable and wouldn’t allow me to access any other functions.

When I lent the device to a colleague to film some interviews at our recent event, he handed it back after it became stuck in a never-ending loop of dialog boxes requesting a connection to the network. Despite my best efforts and a lifetime’s experience with Symbian products, I am yet to make sense of the N8’s mixture of network, connection, APN and internet settings – as a result, I have to clear a network connection dialogue from the screen every time I try to use the camera.

The user experience is compromised at many levels by the legacy of Nokia’s Series 60 design, which remains evident throughout the interface, despite the supposed advances of Symbian^3. Series 60 was designed for keyboard-driven products and to be operated with the same hand that was holding the device.

A very different interface architecture is required for a touch-driven phone, held in one hand and operated with the other. The result is that Symbian^3 on the N8 is an uncomfortable hybrid of both methods and fails to succeed with either.

The reactions of the users I introduced to the device tell their own story.

…was the response of one individual when a virtual 12 button keypad popped up to enter text.

She was astounded that there was no way to enter text through a QWERTY layout when the phone was held in portrait orientation (bizarrely the N8’s virtual QWERTY keyboard only works in landscape mode).

Another user’s first action was to try opening a web-site:

Despite the device being connected to Wi-Fi, it was refusing to connect.

These kind of complicated and badly designed interactions are found throughout the software experience of the N8 to the extent I could only recommend it to a very small number of people: those who possess both an existing understanding of Series 60 and judge a mobile device primarily on the strength of its photography and video capabilities.

This is one of the areas in which the N8 excels. As I write this in February 2011, the 12 megapixel camera is the best you’ll find on a mobile phone. The photography is sharp and colours accurate. The level of detail captured in close-ups is of sufficient quality for almost any form of reproduction, as evidenced by PiX Magazine’s use of the N8 to shoot a recent cover photo.

Nokia devices are consistently among the best for camera quality, combining hardware such as the Carl Zeiss lens with the software tweaks required to deliver excellent photos. 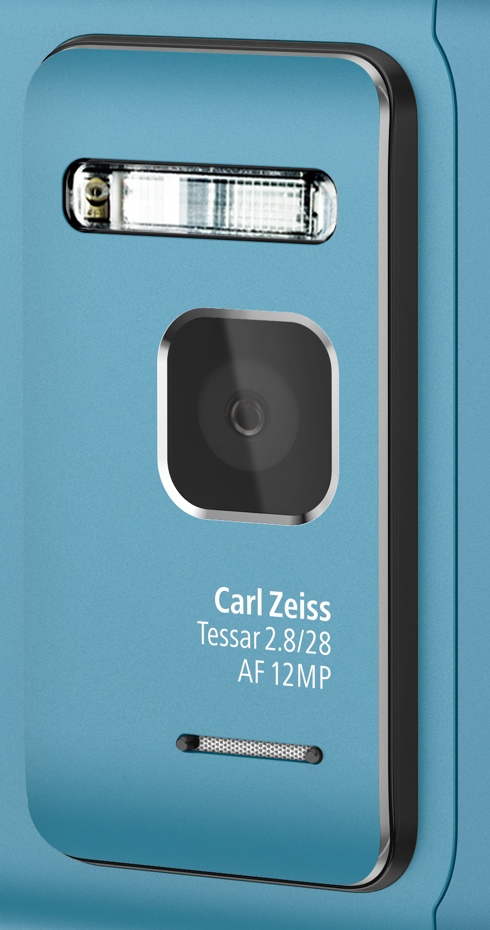 On the N8, the experience is enhanced by the inclusion of a beautifully tooled shutter release button, which has a satisfying action, and a dual Xenon flash, which delivers impressive low light and night time performance.

The quality of video recording is also better than any other phone I have tried.

The N8 is equipped to play back sound and video on larger screens and speakers. Users can store 720p HD videos on the N8 and watch them on their home cinema, with Dolby surround sound, all from the N8’s mini-HDMI port and bundled full HDMI adapter. It is a remarkable experience to sit back on the sofa, watching a device as small as the N8 powering such an immersive audio visual capability. 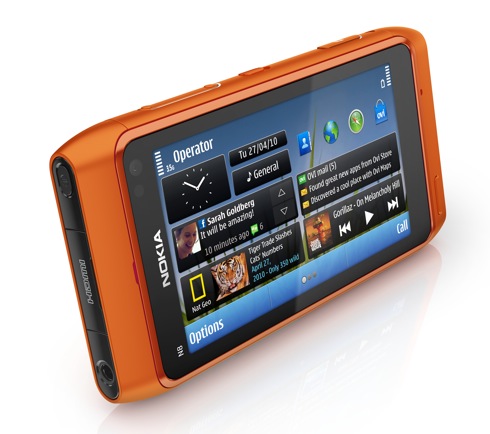 At 86cc and 135g, the N8 is a beautiful piece of hardware. I chose the orange anodised aluminum version and the texture of the metal, the build quality and shape of the device all contributed to a positive initial customer experience. Nokia also offers several colour options, with blue, green, silver, grey and orange giving users the opportunity to express their individuality.

The quality of machining where the camera button emerges from the main casing is a testament to the attention to detail shown by Nokia’s engineers. As a user, this level of finish creates an overall impression that you’ve bought something of real value.

There are highlights in the software too. Nokia’s Ovi Maps suite is excellent. Free and accurate, it means anyone buying a Nokia device has turn-by-turn navigation as a core part of the user experience. I am surprised Nokia does not make more of this capability in its marketing.

In a similar vein, Sports Tracker (spun out of an internal Nokia project), is still the best third party application on any platform for keeping track of your outdoor activities. The speed with which it acquires your position and the way it uses power optimisation to keep tracking you long after other devices have exhausted their batteries makes it the benchmark user experience.

However, as an overall product, the N8’s failings outweigh its benefits. The strength of the hardware and its imaging, mapping and audio visual capabilities are overshadowed by the poorly designed user interface and weakness in core areas of communication, including the web browser and email.

The user experience of the N8 provides a warning for the future. Presented side-by-side with comparably-priced devices, few new customers are likely to choose an N8. Existing Nokia users who purchase the product will find the experience frustrating enough to migrate to another platform when they next upgrade.

Nokia should take several steps to address these problems:

I’d be interested to hear opinions from other N8 users on the device itself and what lessons Nokia can learn to improve the user experience. Please post a comment on the blog below.