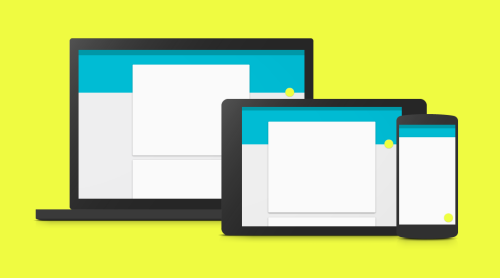 It is important to separate these principles from the first results of their implementation in Android L. As the debut outing for material design, Android L does not fully demonstrate how significant the principles could be.

It lacks visual polish and cannot yet be evaluated in its intended context, which is as part of an overall, multi-touchpoint experience spanning numerous device classes. It simply won’t be possible to understand the impact of consistent physics across watches, TVs, phones and PCs until those other manifestations are updated to reflect material design principles.

Despite the early rough edges of L, the principles themselves are sound. Google can be forgiven for spinning them as novel in the interests of the PR hoopla which swirls around a tech jamboree like IO, but in reality material design is a grouping of accepted best practices for digital design. It relies on existing notions like defining consistent rules to govern the way on-screen elements respond to touch and evolving those behaviours from affordances we are already familiar with in the physical world. Similarly, designers in the MEX community have been exploring the Z axis for some years already, experimenting with varying degrees of visual depth to create the illusion of on-screen objects which move in planes above or below the flat canvas of the touchscreen.

It is heartening to see these principles becoming the foundation of Google’s design strategy. They represent a solid bedrock on which to build the coming generation of natively multi-touchpoint digital experiences. I’m also pleased to see the influence of Duarte’s design group extending across all of Google’s efforts. It speaks of both the importance the design group itself attaches to exploring and developing comprehensive theoretical frameworks for its work and the significance Google’s senior management attaches to user-centred design principles.

However, hold off on judging its success based on the developer preview of Android L shown in June 2014. These inherently far reaching changes need time to show their true colours.

The Verge’s interview with Matias Duarte about the principles of material design makes good viewing.