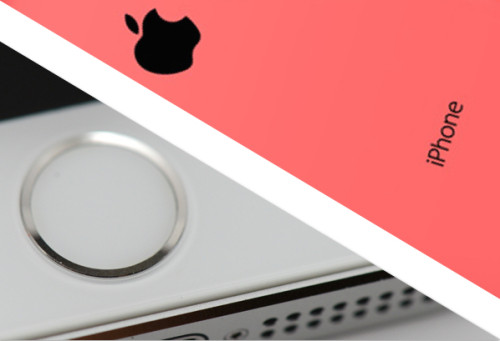 The phone, a silver white iPhone 5S, was pressed to his lips, the earpiece covering his mouth. The eyes above it darted left and right, then quickly down to the screen of the phone as he took it away from his face and glanced at in his lap. Just as rapidly, he brought the phone back up to cover his mouth again, pressing it tight against his skin.

Something was wrong. The look in his eyes suggested whatever he’d read on that screen, or whatever he was hoping would appear, was not good news. He stayed locked in that cycle for several minutes – obsessively checking, waiting, thinking and then checking again – all the while sub-consciously returning the phone to a position where it hid his face.

Stranger still was that there was no hope of that screen revealing anything he didn’t already know. He was off the grid, a hundred feet beneath the streets of London, swaying as the carriages of the tube train rattled through the tunnel. Down here there is no cellular reception and Wifi can only be found in patches on station platforms. Whatever he was waiting to see or whoever he was waiting to hear from wouldn’t reach him in this underground world.

I suspect he might of known that. He was of the generation who’ve grown up with an innate feeling for the wireless waves in the air, almost a sixth sense of how and where connectivity is to be found. But he couldn’t stop himself from checking. He was compelled to do so.

At his feet was a black holdall, tatty enough that it might have started life a few years ago as a school sports bag. There was something in his mode of attire which suggested ‘trainee solicitor’: an off-the-peg suit and tie which was already tiring from being worn too many days of the week and an overcoat that was too old for him.

The London Underground at night is a stage crowded with characters. At the other end of the carriage, standing next to one of the leaning rests, was a lady of similar age to the man carrying the iPhone 5S. Hers was a 5C, the pink one, and she held it in her hand, the white cable to her headphones hanging between her and the phone.

She’s just one of the countless people of that age group I see daily in London sporting Apple’s supposedly unsuccessful 5C. The colourful plastic model may have been overshadowed by the metallic 5S on launch day, but over time, their popularity among the late teens and early 20s has grown.

She unlocked the screen, paused briefly as she read something, and then her face lit up. She stood, facing the rear of the carriage, her back to the other passengers, but in the reflection you could see the smile of someone who is sharing a moment with one who is dear to them.

She looked up for a moment, then back down at the screen to read it again, still smiling.

Where had she been on a cold autumn night, wearing a dress better suited to summer and what was in the bright pink leather bag she carried? Had she just found that message for the first time or was she going back to something that had already made her day?

Our recent MEX themes have centred around the role of user modes – distinctive patterns of engagement – which can be used to identify common behaviours and drive design decisions. ‘Communicate‘ is one of these, and both users on that tube train were engaged in forms of it. Whatever the differences between their moods or their specific devices, they shared certain traits common to all users when communicating digitally: the notion of being slightly removed from their physical environment, the link with a remote counterparty and the importance of time-shifting as a dimension governing how and when they would respond.

Both the man with the iPhone 5S and I got off the train at the stop for the big commuter hub. He hurried on ahead, upwards towards the ground level and wireless connectivity. The lady with the pink 5C remained, carrying on towards the stations at the end of the line, and she was still smiling to herself as the train pulled away.