As 2015 draws to a close, I’ve chosen 5 of the most enduring memories I’ll take with me from another year of MEX research. Some are new and digital, others old and analogue; all have shaped the way I think about customer experience for our event programmes, client engagements and publishing.

Expanding the interaction canvas to multiple touchpoints
By TOPP

The notion of devices as individual UI silos is being replaced by interactions which unfold seamlessly across multiple touchpoints.

James Haliburton, CEO of Swedish agency TOPP, demonstrated a prototype of this in his MEX talk. A user swipes away the lockscreen on their smartphone and the interaction seems to flow effortlessly and invisibly across the room to complete on the TV.

It is clever visual trickery which establishes a sense of an interconnected experience far beyond the disjointed interaction sequences of today’s Apple Airplay and Google Chromecast UIs.

Watch TOPP’s demo video to see it in action.

Perfume, textiles and longevity
By Floris, Katherine May, Fox and Squirrel, The New Craftsmen 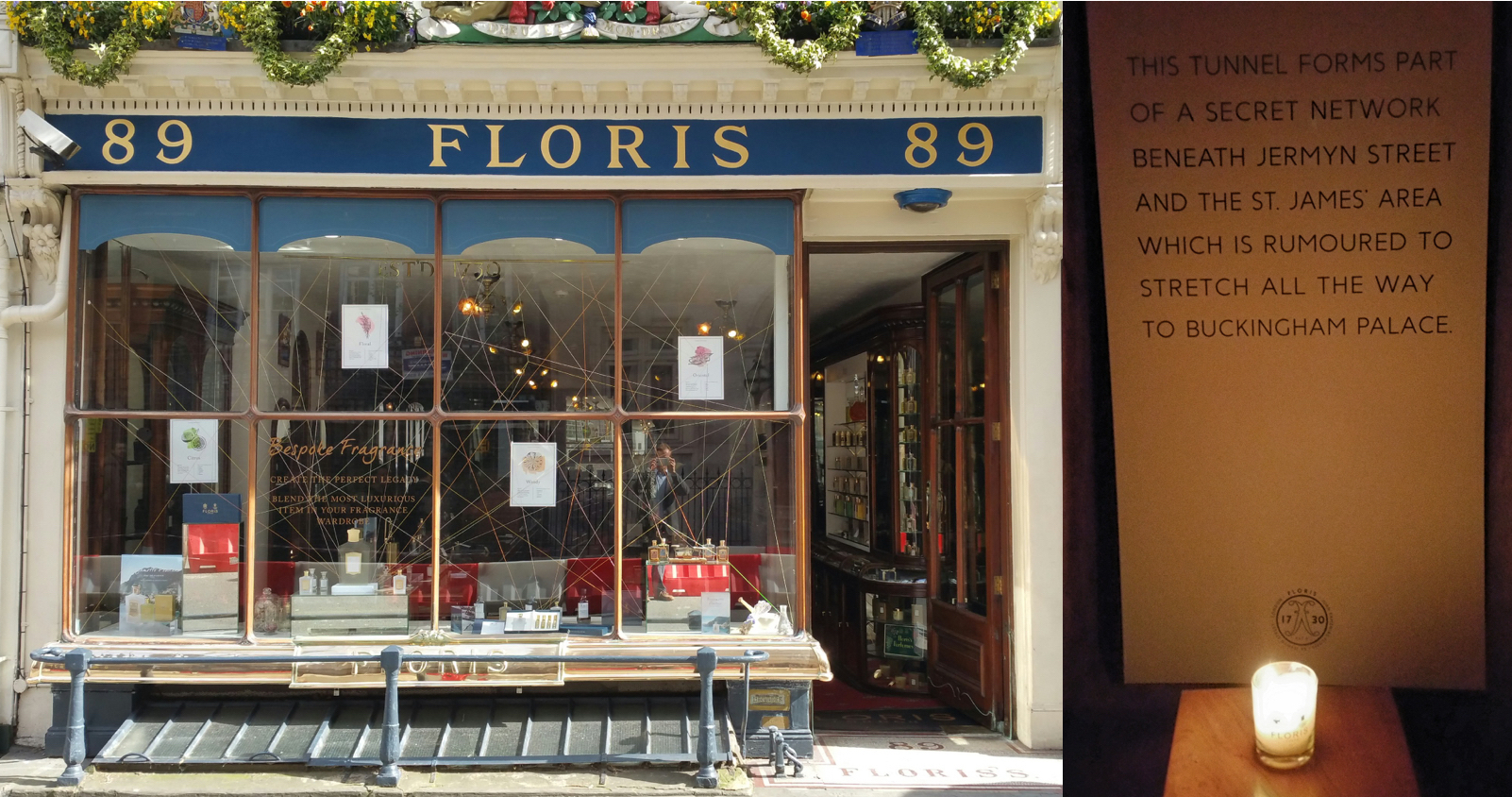 The lip of the stone steps was worn smooth with a grace no chisel could have achieved. Generations of perfumers had shaped it by descending to a subterranean vault they called ‘The Mine’. It lies two stories beneath the pavement in London’s St James. This was where the founding father of the Floris perfume business concocted his first scents nearly 300 years ago. On the day I visited, it had been opened to the public for the first time in the building’s history and we were guided by a member of the family which has owned the business for century after century.

The old stone arches were lit only by the flickering light of their own scented candles. Working with textile artist Katherine May, this perfumer had created a space which touched all of the senses. The walls and passages were hung with fabric of striking colours, made using dyes extracted from the same ingredients used to scent the perfumes. In one corner, a tunnel – said to lead under the nearby royal palace – disappeared into darkness.

This experience was a direct result of embracing creative collaboration across traditional boundaries. Both the perfumer and the textile artist had inspired each other to create something greater than the sum of their individual expertise. Furthermore, by imbuing the experience with the personal memories of the family business, they created meaning and values to serve as the foundation of the customer experience.

I’ll leave it your imagination to transpose the lessons from this to digital. Suffice to say there still exists in London a club open only to those businesses which have been serving their customers for over 300 years. Who in your team is responsible for building a legacy like that?

My thanks to Fox and Squirel, and The New Craftsmen, for curating this tour. Read more about the project in Katherine May’s portfolio.

Dimensions of input
By Blackberry 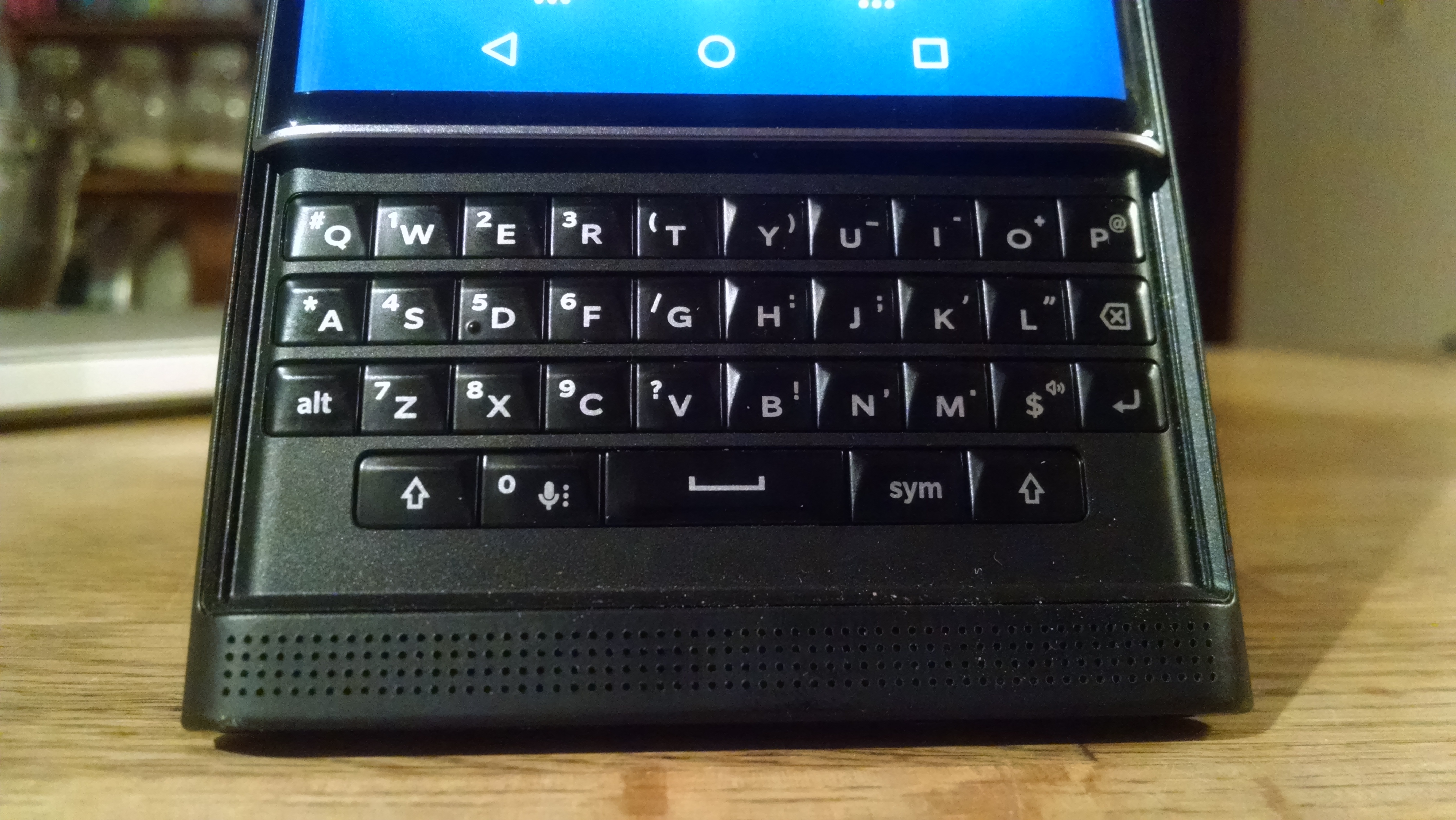 Aside from a dedicated niche, hardware keyboards are not the future of mobile text entry. However, Blackberry’s Passport and Priv carry a secret beneath their traditional QWERTY keypads: an additional layer of support for touch gestures. Brushing your thumb down the keys turns them into a scroll pad for browsing through content, while a double tap turns it into a trackpad for moving the cursor around text fields.

It is an example of how physical and virtual tactility, on-screen controls and high fidelity sensors can combine to create experiences which feel more natural than flat glass touchscreens. Elsewhere, Apple’s 3D and Force Touch products are bringing a sense of physical depth and tactile feedback to the consumer mainstream. We’re on the cusp of additional dimensions of digital experience.

Personalised music creation in a browser
By Jukedeck 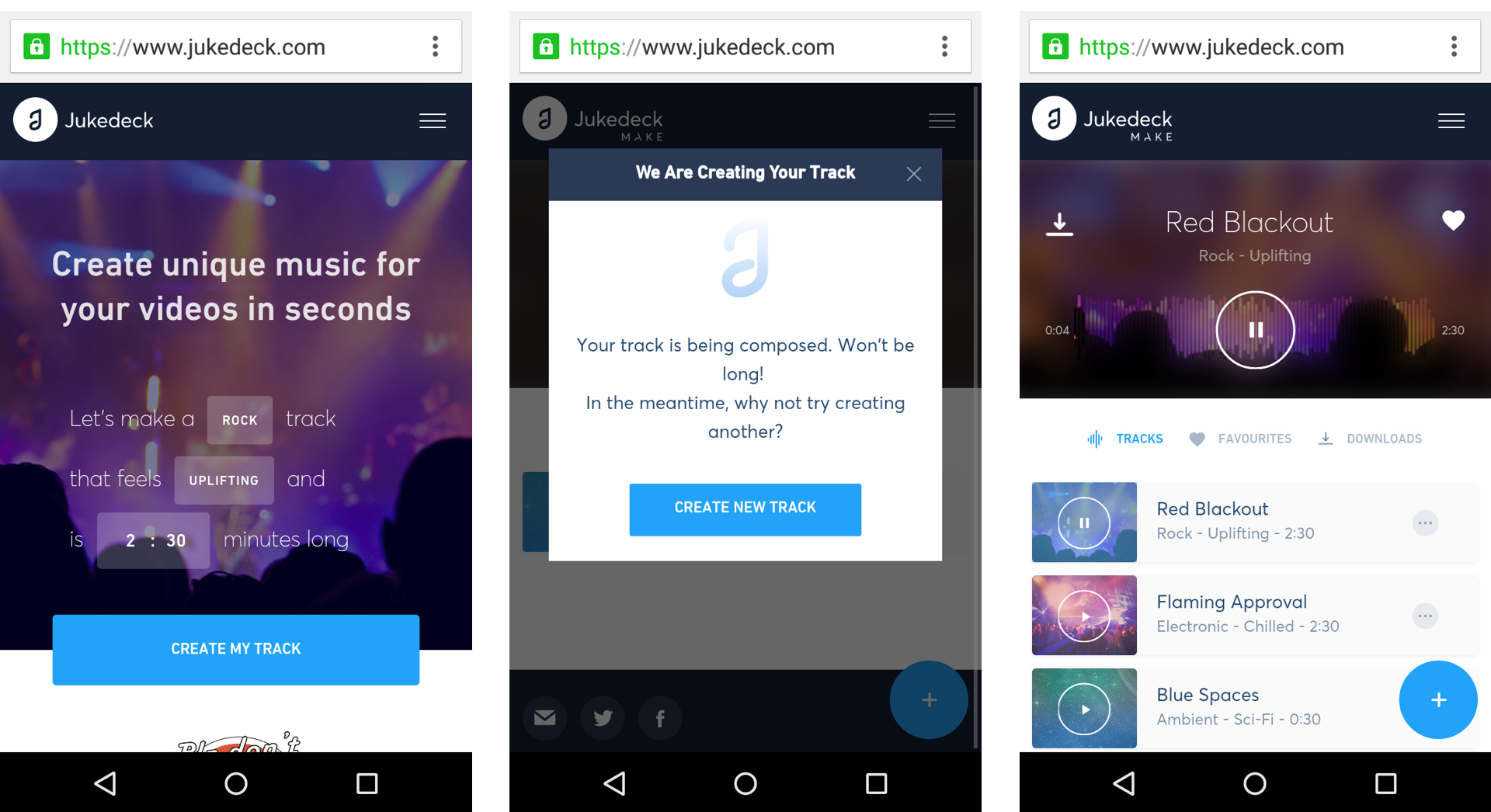 I saw a tweet from MEX conspirator Andrew Muir Wood announcing Jukedeck and seconds later it opened in the browser of my Android phone. Immediately I could see concise, obvious options to set a style, mood and duration for my music. Within 10 seconds Jukedeck had performed some magic in the background and I was listening to a personalised, royalty free track – created just for me – which I could download and use as my own.

It embodies the hallmarks of good experience: self-explanatory UI design, minimal barriers to use and a personalised, meaningful outcome which users can easily share. The complexities of what it’s doing in the background are apparent only through the sophistication of its results rather than manifest as a steep initial learning curve.

At a time when a native app is seen as fait accompli for start ups, Jukedeck is a benchmark example of a when a web browser experience can be fast, valuable and flexible.

Dublin pre-clearance
By Aer Lingus, Dublin Airport and US Immigration

When I flew recently from Dublin to New York, I was able to clear United States Immigration prior to boarding the plane. This meant I could walk straight out of the airport upon arrival in New York, an experience which felt so smooth I almost wondered if I’d made a mistake and missed some kind of checkpoint. By shifting the time spent on immigration from arrival, when it is perceived as a delay, to departure, when it is perceived as a necessary hurdle, my overall quality of experience was enhanced.

Playing with perceptions of time is a powerful tool in user experience design. Dr. Giles Colborne, managing director of cx partners and author of Simple and Usable, cited another memorable example in his 2014 MEX session. He talked about an airport which deliberately extended the walking distance to the baggage reclaim to ensure customers’ bags were more likely to be on the carousel when they arrived. Total time to complete the action increased, but so too did customer satisfaction, because the experience was perceived to be more efficient.

These examples of navigating physical space are easily transferred to the digital world of on-boarding, sign-ups and checkouts. 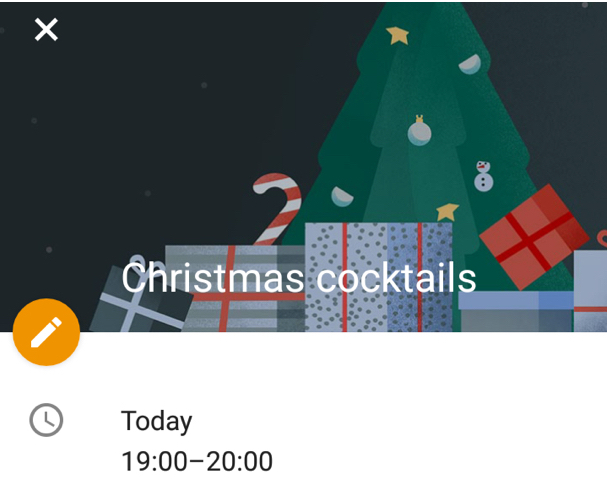 Did I say five? Consider number six a festive bonus…

Have you created a Google Calendar entry containing the word ‘Christmas’? When I saw the little festive background Google automatically inserted my smile was instantaneous. You might call it artificial intelligence or context aware UX but what really matters is that it elevated the mundane to the delightful.

This is far from the end game of Google’s ambitions for contextual response, but it reminded me of Peter Skillman’s words of wisdom in his MEX talk. Then Head of Design for Nokia’s HERE mapping business and now managing UX across Microsoft’s platforms, Peter explained the value of bringing beauty to the seemingly routine interactions users perform multiple times of day. It is through these, rather than one off showpieces, that lasting experience is built.

Which experiences will you remember from 2015? Share yours by posting a comment on the MEX blog or send me an email.