I recently found myself looking through a copy of V E Johnson’s Modern Inventions from 1915. I’m still not sure how it ended up on my shelves, but it has rewarded with rich passages, rising at times to something which feels like techno-historic poetry:

This is the author’s introduction to the emerging field of ‘wireless telephony’, which he addresses in chapter XIV.

Old accounts of technology serve as useful lenses to refocus our present relationship with innovation and our hopes for the future. They can help us understand the elastic tether which exists – for an interval – between the emergence of a breakthrough invention and the established conditions which preceded the advance. Many of the first television programmes, for instance, were simply visual recordings of the seated radio announcers which came before them. The first cars were positioned as ‘horseless carriages’.

It is this tendency which causes individuals and organisations whose fortune rises with one advance to underestimate and dismiss the next wave. One moment it seems distant on the horizon, so we turn our backs, blind to the speed and force it is gathering behind us.

Johnson’s next chapter is entitled: ‘Television, or seeing by electricity’. Beautiful, just beautiful. 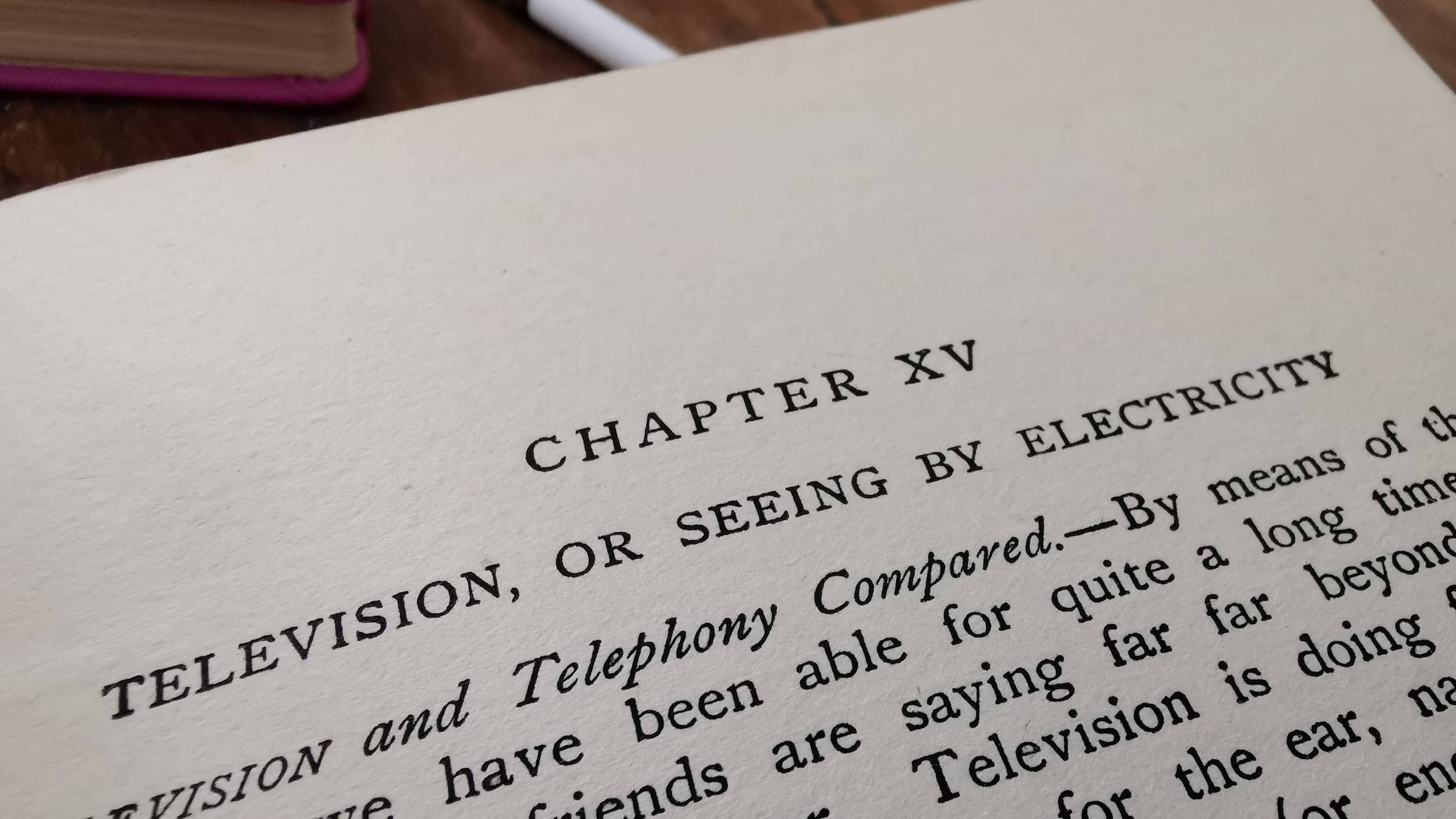 In that sparse phrasing, we can hear the heavy influence of ‘electricity’ as one of the defining, revolutionary forces of the period. Today, we might substitute ‘artificial intelligence’. We can also hear the absence of the visual consumption behaviours around television we now take for granted. Johnson simply says ‘seeing’, because few would have anticipated a world in which television was also advertising, entertainment, escape, bingeing or – more recently – a medium for long-form storytelling resulting in hitherto impossible epics like Game of Thrones.

Johnson’s Modern Inventions was part of a series called ‘Romance of Reality’ which also included ‘The Aeroplane’ by Grahame White and Harry Harper, as well as ‘Electricity’ by W H McCormick and the Royal Navy’s Commander E H Currey on ‘The Man-of-War’. The composition of the collection itself tells us something of what felt important at that time.

In his introduction, the author writes:

When, like me, you’ve worked in and around the technology industry for your entire career, it is easy to become jaded by the repetition of the hype cycle. Johnson’s language reflects the hope society was placing in these advances over a century ago. With the benefit of hindsight, we can see those hopes were not misplaced. Indeed, Johnson vastly underestimated the potential of ‘Modern Inventions’ to transform the world. We should look to our own future and take heart from that.

The most evocative writing in the book comes at the end of the chapter on wireless telephony, where Johnson references Professor William Edward Ayrton. Born in 1847, Ayrton was a physicist and electrical engineer. In 1901 The Century Magazine reported Ayrton’s response to a paper read by radio pioneer Guglielmo Marconi’s paper at the Royal Society.

Modern Inventions contains an abbreviated version, but I was able to track down more of the text. There’s a profound quality to how it describes the prospect of wireless telephony at that moment in time:

“Professor Ayrton said that we were gradually coming within thinkable distance of the realization of a prophecy he had ventured to make four years before, of a time when, if a person wanted to call to a friend he knew not where, he would call in a very loud electromagnetic voice, heard by him who had the electromagnetic ear, silent to him who had it not. “Where are you?” he would say. A small reply would come, ” I am at the bottom of a coalmine, or crossing the Andes, or in the middle of the Atlantic.” Or, perhaps in spite of all the calling, no reply would come, and the person would then know that his friend was dead. Think of what this would mean, of the calling which goes on every day from room to room of a house, and then think of that calling extending from pole to pole, not a noisy babble, but a call audible to him who wants to hear, and absolutely silent to all others. It would be almost like dreamland and ghostland, not the ghostland cultivated by a heated imagination, but a real communication from a distance based on true physical laws.

“This is the case for this wonderful handmaiden of modern development at the present moment. So much is absolutely assured; so much more is tentatively ascertained; vastly greater things are predicted for the future. That the fullest success may visit the inventor and his system, that this accompaniment to modern progress may be perfected beyond cavil, and that the whole world may soon come to enjoy the great benefits of this splendid exploit, must be the hope of every well-wisher of the progress and enlightenment of the human race.”

Naturally, with all this in mind, I find myself considering what will be written of today’s technologies and our attitudes towards them 100 years from now. That the future will be watching us is in no doubt. Let’s try to look good. 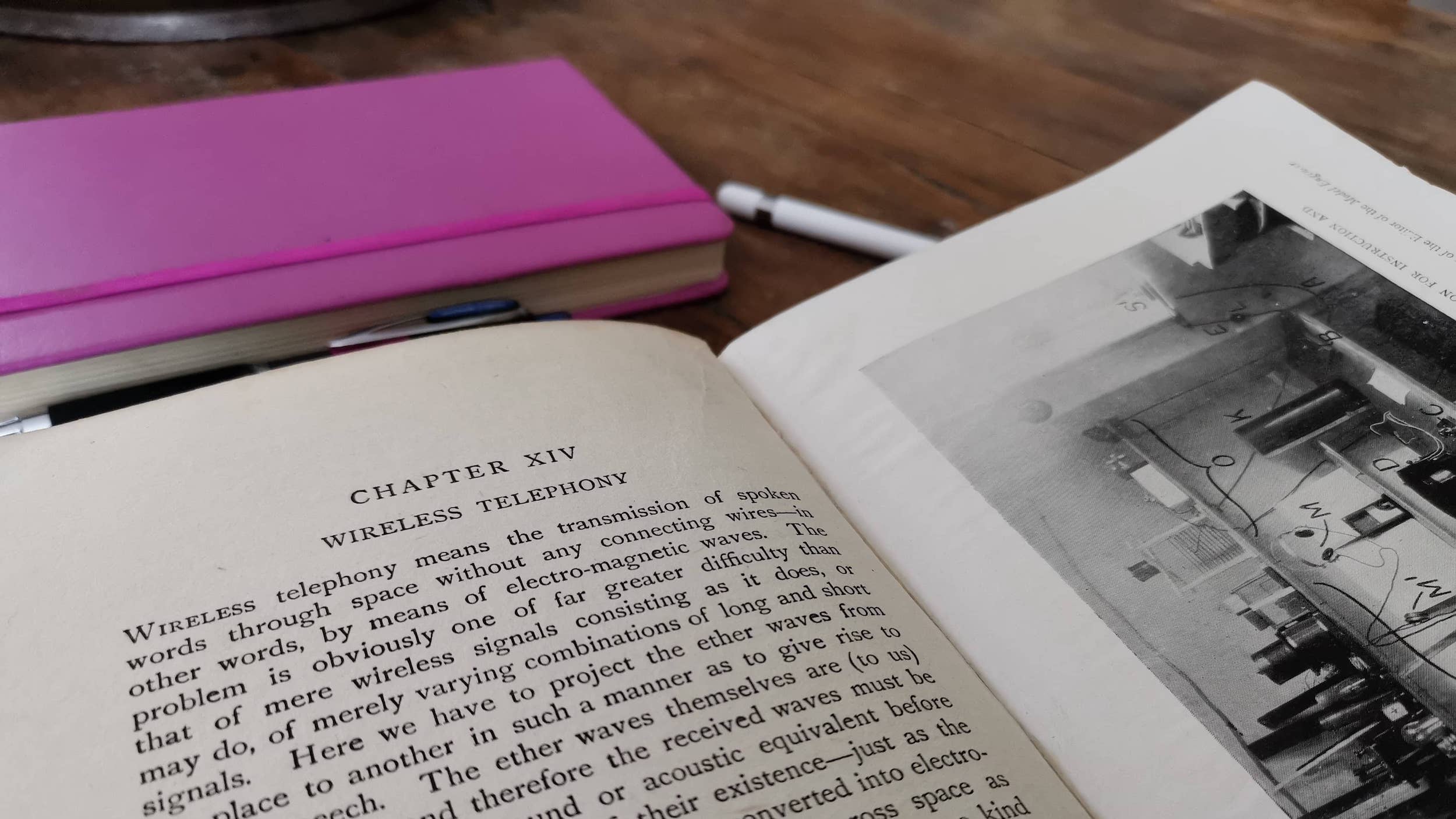