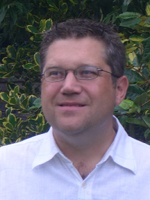 Chris Bignell has been working in mobile since 1996, including managing marketing communications for Toshiba Mobile and Motorola in the UK. He now runs his own PR firm, XL Communications, which we have worked closely with at MEX each year. In this guest column, Chris shares his personal user experience across 3 different handsets and explores the implications for the brand relationship between customer, manufacturer and operator.

Early in January my Sony Ericsson W910i suffered a fatal accident, probably through negligence on my part, but I still do not know exactly how it happened. Regardless, it was time to buy a new one.

The new phone arrived on the same day that a report by Mformation was published, reporting that 85% of phones users were frustrated by their attempts to get their phone working.

The contents of the report made me realise that, over the course of 18 months I had used three different regular phones: one Nokia, one Motorola and one Sony Ericsson. Furthermore, one was a slider, one was a flip and one was a candy bar.

Having worked in and around mobile since 1996, I felt I knew the industry and the relative strengths and weaknesses of different handsets. Yet over a period of less than the average length of a new contract today I had used devices from three manufacturers and three different form factors.

In other areas of my life I have strong brand preferences: I like Pret a Manger more than Costa. I prefer Sainsburys to Tesco. I always buy Toshiba laptops. I deliberately tried to recall my reasoning behind each phone I had owned, not only why I had bought it but also what I liked and disliked about each one.

The Motorola was a KRZR K1. It was a work phone in a previous role, but I remained with it for some time after I had left the job. The choice of device therefore was not mine but I remained loyal beyond the point where I could have changed.

I had not used a Motorola before and the device took some getting used to, but not as much as I had anticipated. On the positive side the device was seemingly bullet proof. It held its battery charge for days and seemed totally unaffected by being accidentally dropped or mistreated. Some time ago I went back to the phone, perhaps three months after it had last been charged, fully expecting the battery to be dead. It was still very much alive.

I was in two minds about the materials used to make the phone. The back was rubberised so it stayed where it was supposed to. Not being the tidiest of people, this was handy when it was perched on top of a pile of clutter. More frustrating was the shiny glass front, which was prone to fingerprints. I spent more time polishing the device than using it.

The much maligned Motorola interface took a little bit of getting used to but not as much as I expected. The keys were well spaced out and separated. Of course old habits die hard and initially I kept repeating the same mistakes when I was texting – habits from my previous phone – but it did not take that long to get to grips with it. Different rather than difficult.

After a year I was in the market for a new model though.

I probably researched the purchase of my Sony Ericsson W910i more than any other phone I had bought previously. I wanted (or at least I thought I wanted) the lot: music, video, Google Maps, 3G, camera. And that’s what I got.

What we want and what we use are, of course, very different.

Like many other devices I have owned, after the initial excitement, the W910i became a ‘talk and text’ machine and very little else. I did use the music function at first and it was very easy to load music onto the device. I found the famous ‘shake to change tracks’ function a little gimmicky and was frustrated by the Walkman button on the top of the phone – not because it did not work but because you had to have the slide open to use it, which made it fiddly and rather redundant.

A positive was the demo that took you through some of the key functions when you first switched on. Whilst it was probably slicker than it was informative, it still helped.

Probably my biggest beef was the buttons. I may not have the smallest fingers, but the flat surface of the keyboard really did not suit accurate button pressing and too often I called the wrong number. The buttons were fiddly, the texting took some getting used, but again I got there in the end and it would be harsh to single out this device for something true of all different phones.

I got through a battery pretty quickly (within less than six months), purchasing a replacement from Sony Ericsson when the first seemed to lose a lot of power. And the battery indicator was a little unreliable, especially when using Bluetooth.

What was most concerning was the response time between pressing a button and this registering. Initially this was a minor inconvenience but over time the delay become impossible to live with. I had reached the end of my tether when the device broke.

The next decision, to buy a Nokia 6300 candybar, was one made out of pure pragmatism. It was inexpensive, elegant and most importantly ticked four boxes: talk, text, camera, Bluetooth. Despite spending a month with the device now I have yet to use the camera, but the other functions work fine. The menu is easy to read and all items, bar the rather redundant Push to Talk function, fit on one screen.

It took me a while to set up the phone so the soft keys were the same as those on my previous phone and I had the usual texting frustrations for a short time.

One or two things were a surprise. When a text message arrives, I get an alert telling me I have a message, but I do not see who the message is from on that same screen. This seems a simple function that could easily be added and it is one that I miss from Sony Ericsson and Motorola. The other main frustration is that I forget to lock the phone. I have just discovered autolock, but it has taken a while!

Overall the feeling I get is that the user experience is not strong enough to bond me to one particular brand. It seems to me that somehow the bond between the manufacturer of the product and the user is broken or has been lost along the way. I am not placing responsibility for this on either party, it just seems that a vital part of what connects us with this piece of technology, probably the most important one we own, is missing.

We have got used to products which work out of the box. We don’t read the manual. From televisions that self tune to PCs with colour coded cables, there is no longer a requirement to know the technology to use the product.

This seems to have passed mobile by to a greater extent.

It is probably less about getting every single product absolutely right – although improvement is great – and more about the break down in the relationship between the user and the brand. Perhaps there is an enhanced role for the operator within this?

I have discovered that I am less bothered by the camera quality and the shake track function and more interested in getting my numbers from one phone to another quickly and easily.

Most of my issues with the phones I have used have not been about form factor, or number of camera pixels, or memory size. They have been about buttons, battery life or transferring numbers. Simple and seemingly easy to resolve issues like these seems to have been lost within the chase for more features.
That is not to say there is not a place for added functionality, because there most certainly is, but not at the cost of improving core functionality that I use every day.

More functionality is great, but the core essence of what I use my phone for is calling people and texting them. If I cannot do this easily and intuitively, I may never be a loyal customer.

We’ll be exploring these issues in more depth at the 5th annual MEX Mobile User Experience conference in London on 19th – 20th May. MEX Manifesto statement no. 4 is all about enabling the economics of handset diversity and abstracting parts of the handset development process so companies can focus on the things which really matter to customers.