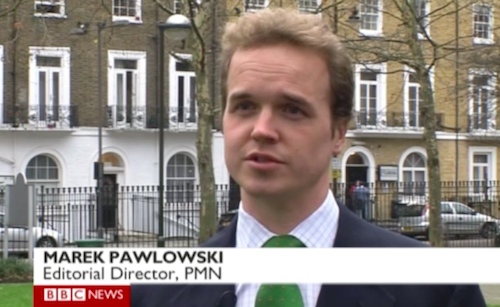 Here are some additional thoughts following on from my 26th January 2012 BBC television interview on Nokia’s Devices business.

Nokia is better understood as two organisations. One (termed ‘smartphones’ in Nokia’s financial results) is a mid- and high-end business going through full scale re-invention, transitioning from the older, in-house Symbian platform to new devices based on Microsoft’s Windows Phone. The other is a legacy operation selling low-cost products based on the Series 40 platform, primarily to consumers in India, China and Latin America.

Both face falling margins caused by competition and shifts in consumer behaviour. Overall, doubts remain as to the viability of this segregated approach.

In the mid- to high-tier, sales of Nokia’s old Symbian devices are falling much faster than sales of the new Windows Phone products are rising. Nokia reported 19.6m smartphone sales in Q4 2011, 9m less than it sold a year earlier. About 1m of the 19.6m may have been the new Windows Phone-based Lumia products. It is impossible to tell precisely as Nokia did not state how many Lumia’s were sold during Q4, but instead quoted a figure of ‘well over 1 million’ for the 4 month period ending January 2011. It is also worth noting this is the number of handsets sold into the channel, not necessarily bought by consumers. Some of these devices may be sitting on store shelves unsold.

The decline is further evidenced by rapidly falling sales at component suppliers Texas Instruments and ST Microelectronics, both of which have traditionally counted Nokia among their biggest customers. It is born out by numbers direct from users, where a Kantar survey recorded large falls in customers buying Symbian handsets at retail in the last 3 months of 2011.

The new Windows Phone products – the 710, 800 and 900 – have received broadly positive trade reviews, but it is too early to gauge their long-term prospects with users. The 710 and 800 have only been available in a few countries and only for a few weeks. This is not enough time to ascertain whether the devices being shipped from the factory are actually selling through to consumers. The 900 is not scheduled to release for another few weeks.

Nokia’s other devices business, selling lower cost products based on Series 40, has been more resilient than the smartphones segment. However, it must now contend with the large number of Android-powered ‘smartphone’ products becoming available for less than USD 100, blurring the traditional line between the low- and mid-range. Consumer expectations could change rapidly in this area, with ‘reliable voice and text’ quickly becoming a much more complex set of customer requirements. It is an evolving situation which will highlight the irrelevance of the term ‘smartphone’.

Both of Nokia’s businesses are challenging in themselves, but developing a combined strategy for both is particularly difficult. It is currently supporting 3 software platforms, only one of which it exercises full in-house control over. Windows Phone is developed by Microsoft and both companies are still adapting to the relationship. Symbian has been outsourced to Accenture (albeit staffed primarily by employees transferred from Nokia). Only Series 40 is still built within Nokia.

Nokia has spent many years investing in winning first-time customers in emerging markets on the Series 40 platform. This is potentially a major strategic asset, providing a pool of future users which could be easily convinced to upgrade to more expensive Nokia devices. However, this is reliant on Nokia providing a coherent structure of products which low-end customers will aspire to own. The current product development approach, which effectively silos the expertise of its Windows Phone, Symbian and Series 40 portfolios, seems an ineffective way to achieve this.

I believe it will be Q4 2012, after the introduction of Nokia’s second generation of Windows Phone products, before we see any year-on-year growth in smartphones, albeit with the soft Q4 2011 for comparison. I fear we may also see stagnation in the low-end business throughout 2012 and that Nokia will need more capable devices to compete in this segment.

Long-term success will come through restructuring the organisation to more effectively translate Nokia’s extensive ethnography and customer insight activities into real product requirements. Currently there’s too big a gap between user trends observed in the field and actual product specifications.

Nokia must also envisage an original and distinct design language, throughout its range. There are signs of this in the N9, Lumia 800, 900 and Asha products. The recent appointment of Nokia’s design head, Marko Ahtisaari, to the management leadership team is also a positive move.

Perhaps most importantly of all, Nokia must think beyond mobility manifest as an individual device. Users are already interconnecting multiple digital touchpoints to weave together an overall user experience. They want to connect with even more. Nokia’s story in this area seems weak and technology-led. Showing customers how a Nokia experience seamlessly combines mobile devices, large screen displays, small screen accessories, speakers, in-car environments and more is the most important step it could take to the future.