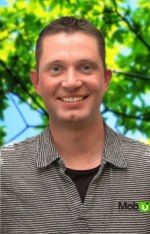 In this interview Marek Pawlowski of PMN talks to John Burry of MobUI about his company’s acquisition of ODP provider Action Engine, MobUI’s unique approach to user experience development and the future of mobile media.

Today sees the official announcement of MobUI’s acquisition of Action Engine, a company best known for its on-device portal (ODP) platform. Action Engine collapsed earlier this year, despite attracting about USD 65m in venture funding since it was founded in 2000.

However, MobUI, a start-up founded by former Action Engine employees does not intend to re-enter the ODP market and has rather different plans for the assets it is acquiring. Last week I spoke with the CEO John Burry to learn more.

Burry and his CTO Brandon Albers led the engineering team at Action Engine until June 2008, when they left to found MobUI. The company was created to meet growing demand from media companies to quickly deploy visually rich and compelling applications on the iPhone. Burry and Albers felt the consistency of the iPhone specification, the centrally managed SDK and the delivery mechanism for reaching customers provided a great platform for the kind of mobile experiences they wanted to create.

Action Engine itself was getting requests for these kind of products, but was unable to deliver for clients because, at that stage, it had chosen not to support the iPhone in its ODP platform. On founding MobUI, Burry and Albers quickly picked up work from two large media companies who shared their enthusiasm for the iPhone environment.

Although the company is platform agnostic and will be developing for a range of different OS, Burry told me he believes both the iPhone and Google’s Android solve many consistency problems which have plagued mobile developers for years. He has been doing this kind of development for nearly two decades and still finds the fragmentation of mobile platforms to be the biggest single issue facing programmers.

When we spoke last week, Burry explained the industry is stuck in a mindset where great technology is assumed to automatically equate to a great customer experience. He stressed MobUI’s approach is all about focusing on what the user needs and finding practical solutions, regardless of how ‘advanced’ the underlying technology is perceived to be.

MobUI intends to achieve this by focusing on 3 main advantages. Firstly, Burry and Albers believe they have assembled a team of ‘rock star programmers’, many of them ex-Action Engine and ex-Microsoft, where they amassed deep, low-level development expertise on mobile platforms.

The development teams have created a process they call the ‘Speed of Wow’. Burry has focused the whole company on being able to respond very rapidly to customer requests, iterating concepts and refinining build versions within a matter of days. The expertise of the programming teams and the development assets they acquired from Action Engine will assist with this.

Lastly, MobUI intends to break open the ‘black box’ development approach which often defines the relationship between a mobile solutions provider and clients in the media world. Burry espouses a completely open system, where the client gets to see visual mock-ups within a few days of initiating a project, swiftly followed by wireframes and on-device demos.

By involving the client throughout the process, Burry believes MobUI will be able to provide faster, more accurate project timelines and help its clients to deliver truly great user experiences to their customers. The alternative, where the client sometimes goes weeks without seeing any revised versions, leads to additional time at the end of the project, when the developer has to rework major parts of the code because they didn’t pick up on a client preference earlier on.

This sounds like a promising approach and I was also pleased to hear that MobUI integrates qualitative end user feedback into the development cycle, as well as input from the client’s own internal stakeholders.

One of the first MobUI projects to launch will be an iPhone-based chat and social networking tool which works across a range of social media.

This project was actually one of the major motivating factors behind the acquisition of Action Engine. Burry and his team had built the application to take advantage of features embedded within the Action Engine ODP platform and the demise of the Action Engine as a company threatened the viability of the project for their client.

A decision was taken to try to acquire the Action Engine platform to safeguard this project and provide them with an additional tool for future client work. MobUI raised some money from GlobalNET Mobile Solutions, a wireless application services provider in Latin America, and completed a deal to acquire almost all of Action Engine’s assets and many of its former developers.

Burry is realistic about the difficulties facing the ODP business. He acknowledges the huge number of players all competing for a relatively small revenue stream and a handful of ‘dream projects’ commissioned by operators and manufacturers to provide device-based UIs for their value-added services.

He also talked about the technical limitations an ODP platform like Action Engine placed on client work. Action Engine’s vision relied on maintaining a consistent code based across a huge number of devices and mobile OS (Action Engine supported Windows Mobile, Symbian, BREW, Java and Blackberry). This was both costly and restrictive, as it meant all customers needed to install Action Engine’s client server technology, even if they only required a limited subset of the platform capabilities.

MobUI sees itself first and foremost as an application developer looking for practical solutions to mobile user experience challenges. The Action Engine assets provide it with a platform for doing ODP-style deployments, but Burry intends to take a pragmatic approach, using best-of-breed technologies to deliver on his clients’ visions.

He also believes MobUI will be able to take advantage of the features already built-in to the Apple and Android development platforms to deliver a lot of ODP features without the need for a separate client.

Burry said they often use the analogy of the Model T Ford within the company, where the car heralded as the first mass market motor vehicle still required most buyers to have a good working knowledge of mechanics. He believes the mobile industry is at a similar stage with user experience, where we are still expecting users to do complex technical work before they can use a service.

Another comparison Burry is fond of citing is that of broadcast television. He believes the mobile content business currently expects people to buy a separate television set for each channel they want to watch. In the future, Burry believes there will be a lot more commonality between the way we deliver mobile content to handsets.

Looking to the future, we talked about some of the things MobUI’s clients are exploring and are getting his development team excited. Location-based applications were high on the list, as was social media and the concept of enhancing the mobile experience by using the power of data stored in the cloud.

I came away from our conversation impressed by the emergence of a company so clearly focused on helping the media business deliver great experiences on the mobile platform. Burry and his team seem to have a refreshingly down-to-earth approach, something much needed after a period in which ODP companies confused the market by trying to sell platforms rather than solutions.