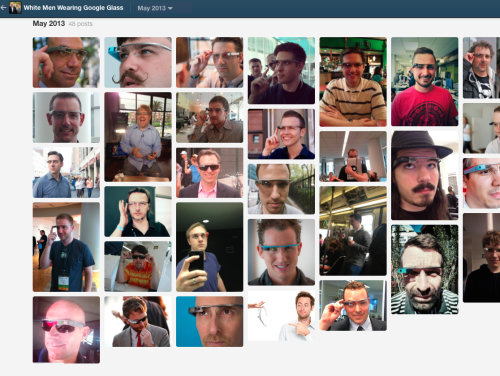 Google Glass remains confined to a small niche of customers because the technology is unreliable, the features unappealing for most users and the price too high. In time, technological progress will solve issues of reliability and price, but far less certain is whether Glass will ever achieve the balance of utility, ease and satisfaction required for mass market adoption.

I spent some time testing it in London recently (June 2014), exploring a space Google designed specifically to showcase Glass. However, it was beset with technical problems which left me surprised and disappointed that it still felt so experimental nearly 18 months after launch:

These are basic issues which, while frustrating, would be trivial to solve over time. If this was the extent of Glass’ problems, users could simply wait patiently until the chipset development cycle delivered greater efficiency.

However, my short time with Glass also left me questioning the potential of its overall interaction model. Even imagining a subsequent version of the product with no lag and all day battery life, major problems would remain:

There were, however, some positive surprises. The hardware was well built, light and comfortable to wear. Voice recognition mostly worked, even though we were in a very noisy environment. Also, most people didn’t look like total idiots wearing it – still a long way from being ‘stylish’, but not as offensively futuristic as I had imagined (see whitemenwearinggoogleglass.tumblr.com).

My single most important lesson from this brief time with Glass, however, was how little unique value it currently delivers. To clarify, Glass is capable of doing valuable things – like showing you message notifications or giving you Google Maps directions – but none of these experiences felt like they derived unique benefit from being delivered to an eye-mounted screen rather than through a phone, tablet, watch or any other device. If Glass is ever to be perceived as more than an expensive, experimental plaything, it will need a whole new generation of services designed to take advantage of its unique characteristics.

For instance, the first demonstration area in the Glass’ experience tour was a set of foreign language posters, which users could supposedly translate on-the-fly. In reality, you first had to initiate the translation service with a voice command and then select which language you were trying to translate from a circular carousel menu by scrolling with a fingertip. Once the app was launched, you shuffled back and forth, tilting your head at unusual angles to try to fit the text within the viewfinder target. After a few seconds, if you’d picked the right language and got the positioning right, you saw a pigeon English translation.

How many ways can you think of – digital or otherwise – to achieve the same result which would be quicker, more accurate and less socially awkward? Here’s one to get you started: you could ask another human being!

I am glad Glass exists and applaud Google for investing in this kind of experimentation. It has done the industry a service by committing to making a lab prototype accessible in the real world – but make no mistake, this is still very much an experiment, and one I doubt will ever be suitable for the mass market in anything like it’s current form. Hopefully its availability will enable others to learn from its mistakes and evolve the concept of augmenting life with digital vision into something more useful.

Unless you have a very specific use case in mind or are happy dropping £1000 on a curiosity, do not even think about buying this to use personally day-to-day. You’ll be very disappointed. Instead, buy one as a group, try it, tinker with designing for it in your labs and share your impressions so the industry can start getting to grips with a usable version of this concept.