Updated 21st May 2019: added section on real world example of using the Blackberry KEYone in partnership with an LG G4 at Mobile World Congress 2019.

What does a year of living with a device reveal that initial reviews missed upon its release? This is partly a journal of my notes since adopting the KEYone in 2017 and partly a riff on transferable experience design nuances which might guide future smartphones.

BlackBerry’s KEY range is one of the only remaining mainstream phones with a physical keyboard. As such, it fills a small but significant niche as a tool for a particular type of creator. Furthermore, the unique tactile experience whereby the keyboard doubles as touchpad for scrolling and other gestures is an interaction method which may hold important clues for other types of digital products.

I’d love to hear your feedback as this post grows. Please add your thoughts as comments below. 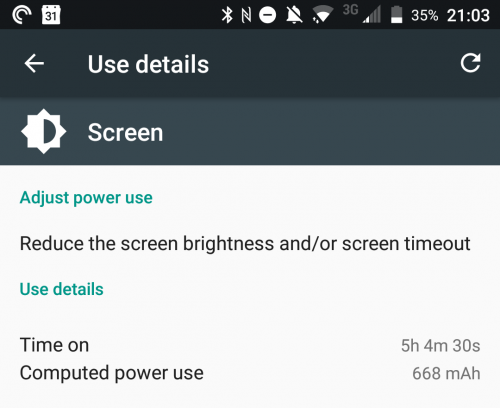 In more than a year of using a Blackberry KEYone as my main device it has never run out of battery. I charge each night while I’m sleeping and, if I’m driving, I plug it in to the car charger – mainly because I’ve set Android Auto to keep the screen active while I’m behind the wheel. Every user will have a different set of real world conditions but for my circumstances the KEYone has all but eliminated battery anxiety.

I attribute this to three factors:

As a result, I do more with my BlackBerry KEYone than with other devices. I don’t hesitate to play podcasts through the loudspeaker for extended periods of time during the day because I know I’ll still have enough charge left to make it through to bed time. If I’m out on an adventure over land or sea, I’m happy to let location apps run non-stop in the background, often recording a GPS track for most of the day. On holiday, when I’m trying to minimise my smartphone use, it means I often don’t need my charger at all because I know the phone will continue working for two or three days of occasional photos, checking messages in the morning and a few glances at Google Maps.

On days when I’m travelling for work, I might spend 4 hours using the KEYone as a hotspot for my laptop on the train. With most phones, I’d take the precaution of plugging in to an external power pack or looking for a seat with a plug socket. However, I know from repeated experience with the KEYone that I can still make it through a full day day of meetings and back home with room to spare. 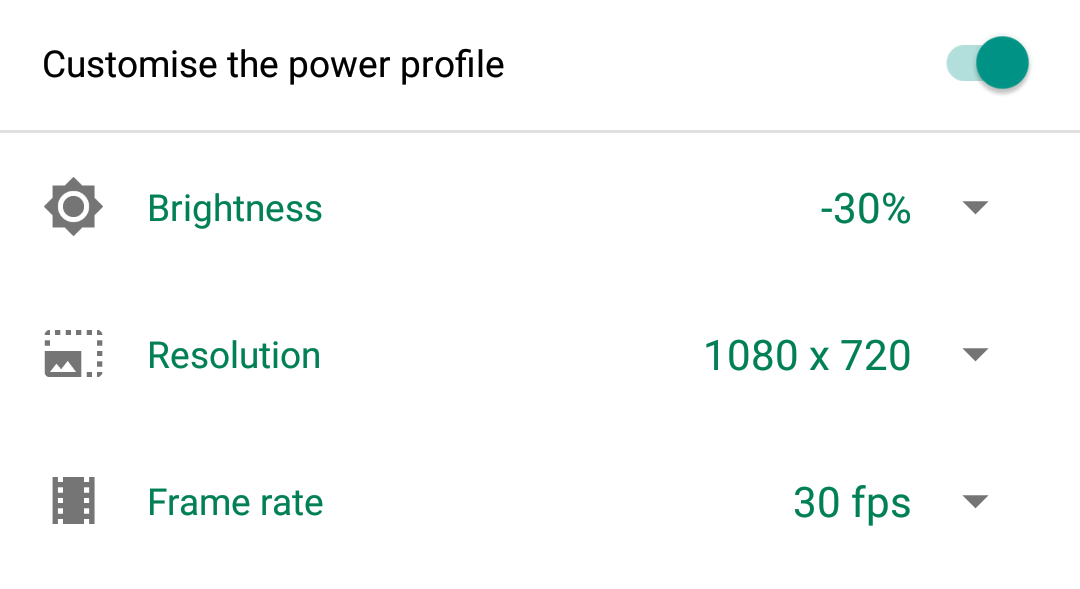 As a result, I’ve spent relatively little time experimenting with BlackBerry’s Power Centre, which allows app-by-app customisation of screen brightness, resolution and frame rate. For instance, if you spend a lot of time browsing social media, you can set a particular app to a lower average brightness and to use 720p rather than the full 1080p, thereby saving battery power. It is a feature I’m sure a subset of advanced users will appreciate, but you’d have to be an especially heavy Tweeter or Instagramer to need it.

Battery life is notoriously difficult to evaluate. It can vary from person-to-person even with the same device. It also changes over time as the battery itself degrades and the phone becomes cluttered with apps that have a cumulative drain on power. However, after more than 12 months of real world usage and comparison with other devices, I would feel confident recommending the stamina of the BlackBerry KEYone as one of its standout features. 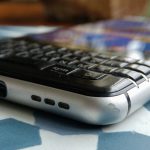 BlackBerry KEYone, with a year of scuffs, scrapes and real world usage 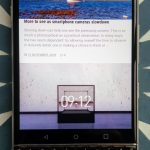 BlackBerry KEYone: an unusual, elongated design with a physical keyboard

10,000 words in 3 days on a Blackberry KEYone, most of them written while walking or standing. I didn’t realise my thumbs had been so busy until I looked at the word count a couple of days after I returned from Mobile World Congress, where I’d been doing a little research. Perhaps that tells its own story? It hadn’t felt onerous. Indeed, there is a strangely immersive flow to writing on such a small keyboard which I often find eludes me on my desktop, despite it being objectively more comfortable.

Mobile keyboards require some adjustments. You need to trust yourself. If you’re constantly checking and manually correcting you’ll never get anywhere. You must also be willing to tolerate approximations. At an event like Mobile World Congress my goal in the moment is to record the broad shape of about 20 relatively short interactions a day, usually meetings or product demonstrations lasting 15 to 30 minutes each. Detail and proofreading can come later, but there needs to be sufficient clues to develop rough notes into more fully formed thoughts.

I don’t subscribe to the notion physical keyboards are inherently faster than their more popular on-screen counterparts. However, they are the only way I can type while walking. There’s something about the tactility of real keys versus an on-screen keyboard which reserves just enough brain space to avoid bumping into things while typing on the go. While I’d usually advocate a ‘slow down to do more’ approach when it comes to writing, the reality of trying to cover a vast exhibition like MWC necessitates certain compromises. 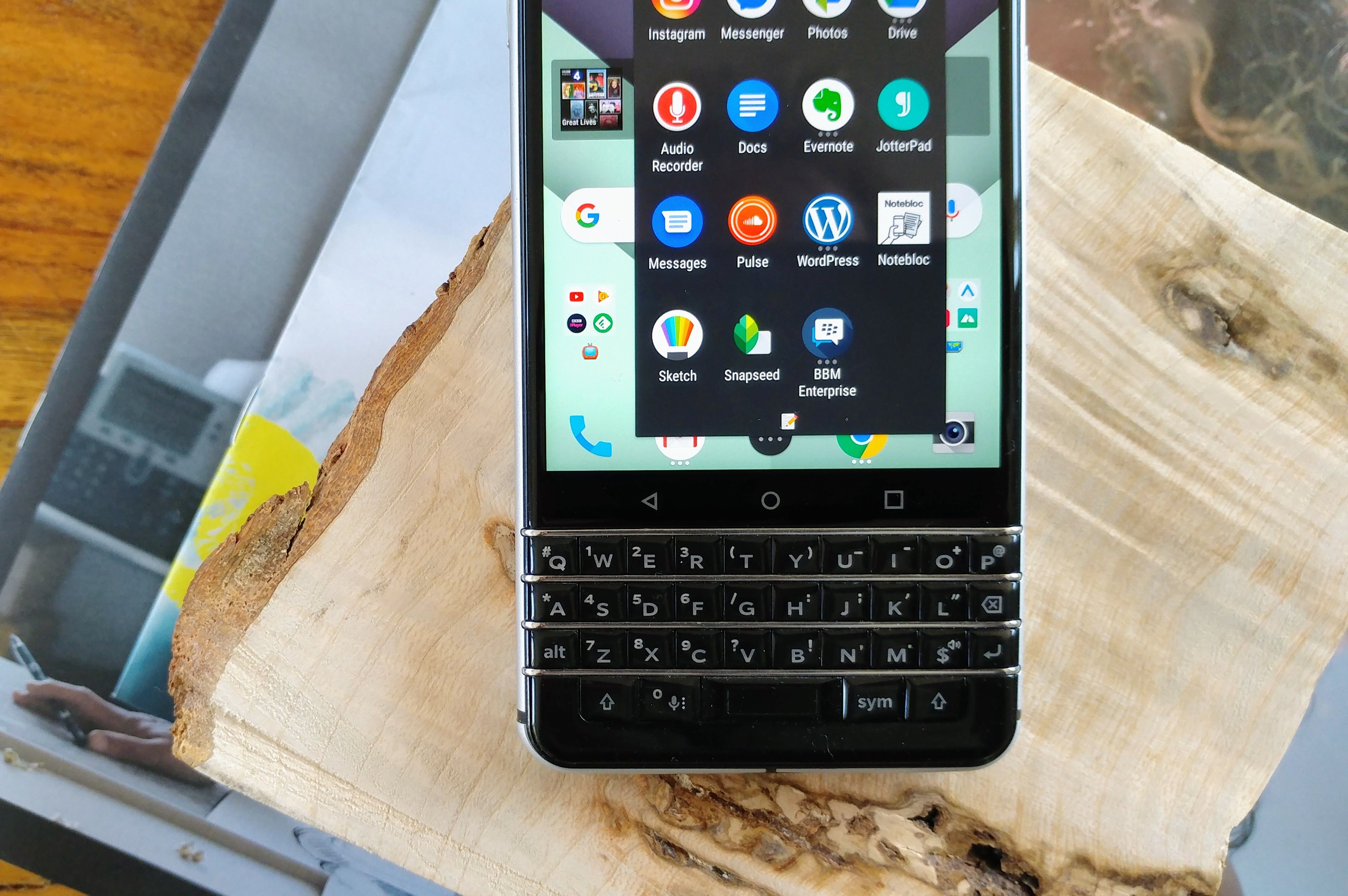 Close-up of the physical keyboard on the Blackberry KEYone

My note taker of choice was Evernote. It’s reliable – I can’t remember the last time it lost anything I’d written on the move – and it syncs to any platform. I use some of its more complex tagging and sharing features for other purposes, but at MWC it simply needed to be a basic text editor. It did the job.

Words are only half the story though. I also needed to take about 250 photos each day and for this I chose the LG G4. It may be nearly 4 years old but it has a crucial advantage over newer phones: a replaceable battery. This meant I could shoot without even thinking about running out of power, knowing that the spare cell in my pocket would restore me to a fully charged device within a minute. Theoretically I could have done it all on the KEYone, but there’s a reassuring ‘belt and braces’ feeling to having two phones with you at a trade show, in case one were to fail.

Quite apart from the fast laser autofocus, which makes for good quality shots without needing to pay much attention, the G4 also has a removable SD card. This made it simple and efficient to transfer multiple gigabytes of photos and video to my laptop on the flight home, without worrying about cables or having a Wifi connection. Not all phones from this era would be up to the job, but the G4 had a particularly good camera for its day. 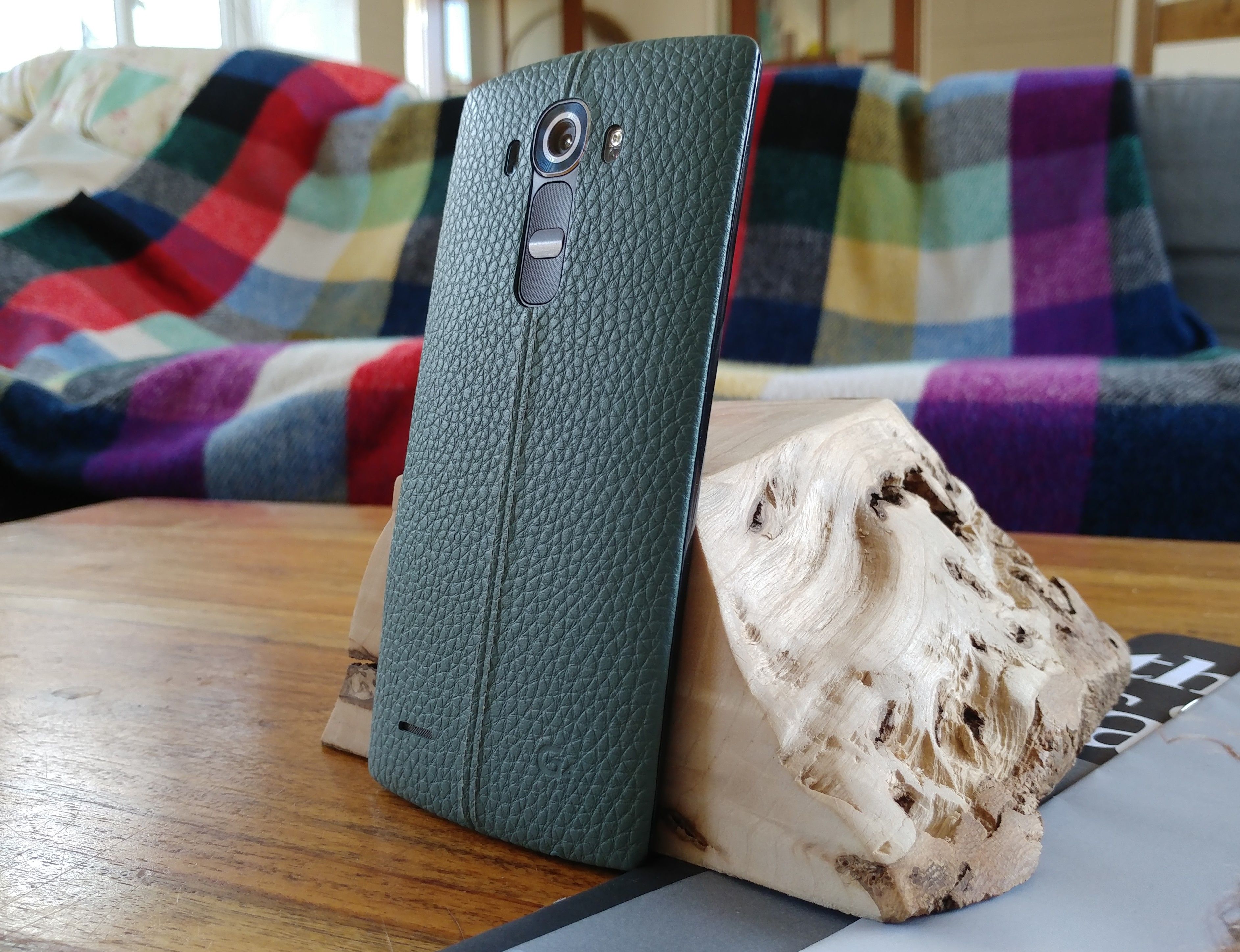 I’d set the G4 to quietly backup up all the images and video to Google Photos whenever it found a Wifi connection on the show floor. These could then be easily shared as an album to colleagues without needing an additional chunk of bandwidth at the airport to transfer all those big media files in one go.

This combination of removable physical media and background upload resulted in a head-start on editing during the flight home and allowing others involved with the project to stay up-to-date.

There were some snags. The Blackberry KEYone is beginning to lag with age. There were moments when I had to wait for it to catch-up. These rarely occurred when taking notes but rather in using it as a smartphone to support several days of travel. Switching back and forth to Google Maps for directions seemed particularly sluggish. Ironically, Alcatel TCL used Mobile World Congress to announce a refresh of its newer Blackberry Key Two with 6 Gb of RAM. Quite apart from the delightfully cheerful red colour scheme, I suspect this doubling of the RAM present on my ageing KEYone would make it a worthwhile upgrade.

The backup to Google Photos was reliable when Wifi signal was strong, but most days I found there were still images waiting to upload when I got back to my hotel. This seemed to be less a failing of Google Photos and the LG G4 as it was a reflection of 100,000 people trying to connect to the venue’s overloaded network.

On balance, however, I came away delighted by how this specialised, albeit somewhat dated, setup served its purpose. It was not lost on me that a show such as MWC, with its inherent focus on showcasing new flagship smartphones costing £1000, could be covered so effectively using two mobile devices which could now be purchased second-hand for about £200 in total.

While the state of the art is being pushed in truly impressive ways by the latest handsets from Huawei, Samsung, Sony and others, the greatest value in smartphones is to be found buying flagship products from a couple of years ago. Intense competition between Android manufacturers seeking to challenge Apple and fight among themselves has made for a relentless pace of new product releases which is causing depreciation to accelerate. Each new iteration of the latest Huawei or Samsung usually does about 10 percent more than the last, but by the time is is released, the price of that previous generation will often have fallen over 50 percent.

Evidence is emerging that consumers are struggling to accept the price tags of the most expensive flagship smartphones. CCS Insight predicts smartphone sales will actually decline to 1.4 billion this year, down 2% from 2018, after years of seemingly unstoppable sales growth. People are choosing to either stick with what they have or, increasingly, tapping the second hand market for older flagship smartphones which are still extremely capable.

The advent of new form factors, such as folding phones, may spark some growth at the high end, but this is unlikely to happen any time soon. Samsung, the first mainstream manufacturer to bring a folding product to market, has since postponed its introduction after early reviewers discovered weaknesses in its most important feature: the folding screen itself.

The situation today is a buyer’s market for those who need mobile creative tools that go a little beyond a standard rectangular slab of a smartphone. There’s far greater choice than consumers have had for years. Crowdfunding is allowing niche producers like Planet Computers and F(x)tec to offer specialised form factors like clamshells, while larger manufacturers such as Samsung and Huawei work on perfecting foldables. Alcatel TCL, with its model of applying large scale manufacturing capability to niche, licensed brands like Blackberry, is continuing to serve the needs of those profitable few who, like me, are willing to pay a premium for tactile keys.