Once the press is done with its billion dollar headlines and the advisory teams have been paid their percentages, mergers and acquisitions succeed or fail on a simple test: does the expanded entity create a better experience for its customers. Google’s purchase of Motorola Mobility could achieve this, but it is by no means certain.

There are 3 motivating factors behind the USD 12.5 billion all cash purchase (a 63 percent premium to Motorola’s market capitalisation before the deal was announced).

1. Integrated hardware and software innovation – Motorola’s strength has always been in hardware. The StarTac in 1996, the RAZR in 2004 and the Aura in 2008 are testament to its ability to create category defining mobile form factors. The fact these products still sold despite their frustrating UIs is an indication of how appealing Motorola’s industrial design can be in the eyes’ of consumers. 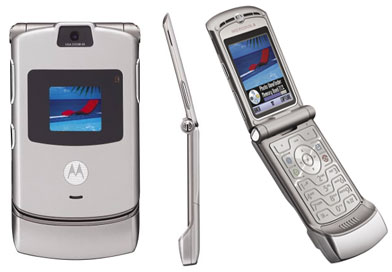 Google could use this expertise to take an integrated approach to the future of mobile devices and wireless networks, combining hardware and software teams into experience-led product groups. By owning this capability in-house, Google could create more radical innovations and get them to market quicker and without having to share IP outside the company.

2. Patents – there is an increasingly litigious climate between Nokia, Microsoft, Apple, Samsung, Google, RIM, HTC and Motorola, spread across various national jurisdictions and international trade bodies. Cross-licensing of patents has always been part of doing business in the mobile industry, with ‘in kind’ agreements often taking the place of royalty payments. The system worked because most of the industry’s commercially successful players owned a roughly comparable number of the core technology patents and there was little incentive to resort to legal proceedings. However, the rise of new platforms from Apple and Google prompted established industry players to protect their interests by resorting to their patent portfolios, while the newer entrants accuse the old guard of copying their inventions. Google has stated its intention to expand its patent portfolio to safeguard itself from legal battles. The acquisition of Motorola adds a pool of patents and increases the likelihood it will be able to settle disputes more favourably.

3. Planning for the multi-touchpoint world – as the number of digital touchpoints in consumers’ lives increases so too does the imperative to design products combining them into an experience greater than the sum of their parts. Within 24 months, the success of individual mobile devices will be determined as much by how well they connect externally to other digital touchpoints as by the internal product experience (see MEX Pathway #2 for our thinking on this). Motorola Mobility contains a business unit specialising in home connectivity, ranging from IP-based video players to cable modems and wireless networking. Google could use this expertise to build experiences which run across all the touchpoints in users’ homes and offices, from TVs to PCs. 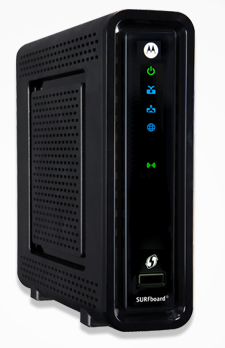 However, there are many challenges to the acquisition succeeding in any of these 3 areas.

Chief among them is whether combining a hardware business and a software business in an acquisition of this size will result in a truly integrated product development approach or just separate organisations under the same group umbrella. Apple is an obvious example of how well an integrated approach can work, but the crucial difference is that Apple grew its business organically. In contrast, Nokia, RIM and even Motorola itself are all examples of companies which have combined hardware and software through acquisition yet failed to produce the most compelling consumer experiences.

Ownership of all the ingredients required to create a complete user experience is no guarantee the finished products will work seamlessly. Only by committing to an experience-led development approach, where teams are aligned around a consistent, user-centred vision of future products, does Google stand a chance of integrating two large organisations and producing a result greater than the sum of its parts.

It is also worth noting that designing, manufacturing and shipping physical products has a different dynamic to Google’s current business, where software can be iterated and deployed to customers in real-time. Most new mobile devices take in excess of 24 months from concept to commercial launch. Consumers have very different expectations of physical goods than they do of web-based software – ‘beta’ status is unacceptable at the point of purchase.

The acquisition changes the strategic landscape. Google has previously been classed as a partner of both network operators and handset manufacturers. Its services generated the data traffic over operator’s networks and its Android platform powered the devices in consumer’s hands. By buying Motorola, Google becomes a supplier to the operators and a competitor to its Android handset partners.

Despite pre-prepared statements of support from other Android manufacturers, Google’s acquisition of Motorola will prompt HTC, Samsung, LG and Sony Ericsson to start exploring alternative platforms. All will need to question whether the allure of the Android eco-system (from pre-integrated chipsets to the developer community) outweighs the knowledge they are now licensing a platform from a direct competitor. As such, the next 12 months will see new licensing deals made, with Microsoft’s Windows Phone the likely beneficiary. Some handset manufacturers will also attempt to acquire platforms of their own through purchase or internal development.

Google’s acquisition of Motorola increases investor appetite for further mergers between software and hardware companies. The organisation to watch is Microsoft, as it weighs the benefits of acquiring HTC, Nokia or RIM. There is also logic to HP merging with either HTC or RIM and using the WebOS platform as the foundation of a complete portfolio of mobile devices.

Unfortunately, most will end up in a reactionary mode and trying to achieve the wrong goal.

The objective should not be to become a vertically integrated hardware and software company like Apple, but rather to find the best business model for predicting user desires several years into the future and then producing tightly focused products to meet those needs. Apple’s success (and, make no mistake, it is ultimately Apple’s success with the vertical model which is prompting this round of consolidation) comes not from making both virtual and physical products, but from its singular focus on what it believes will make customers smile.

For Apple, this has necessitated a vertical model, but there is no reason why other companies couldn’t achieve better results with a different business model.

Regardless of how they structure their efforts, any company with ambitions of selling high margin digital products to consumers now needs to prioritise two things:

1. Enhancing consumer foresight capabilities to better understand the nuances of user behaviour and how they translate into future products.

2. Ensuring all future products are part of an overall digital experience roadmap, spanning all of the touchpoints in users’ lives.

I’d love to hear your thoughts on the acquisition and what it will mean for mobile user experience. Please post your comments below.