My dog noticed it first. His ears rose to the deep buzzing sound just audible above the coastal breeze. He looked up at me with his most inquisitive frown. It grew louder as we walked on, sounding like the hum of a city power generator or a swarm of bees. However, we were on a coastal walking path far from the urban world and bees seemed unlikely in the depths of winter.

I scanned the trail in front of us, disconcerted, but the dog was now looking upwards. A drone hovered above, its four rotors humming as it held its station about 30 feet from the ground. I looked around for its pilot, but the wide, open expanse of marsh was empty.

It is a strange feeling: knowing you are being watched by someone you cannot see. You can feel their presence in the whine of those electric motors, yet you do not know their intent. It seemed all the more uncomfortable out there, alone but for the sea birds and the marsh reeds rustling in the wind. My dog, usually more focused on an invisible world of scent beyond our human perception, was captivated. He walked beside me, alert, looking back and forth between me and the drone, seeking reassurance. 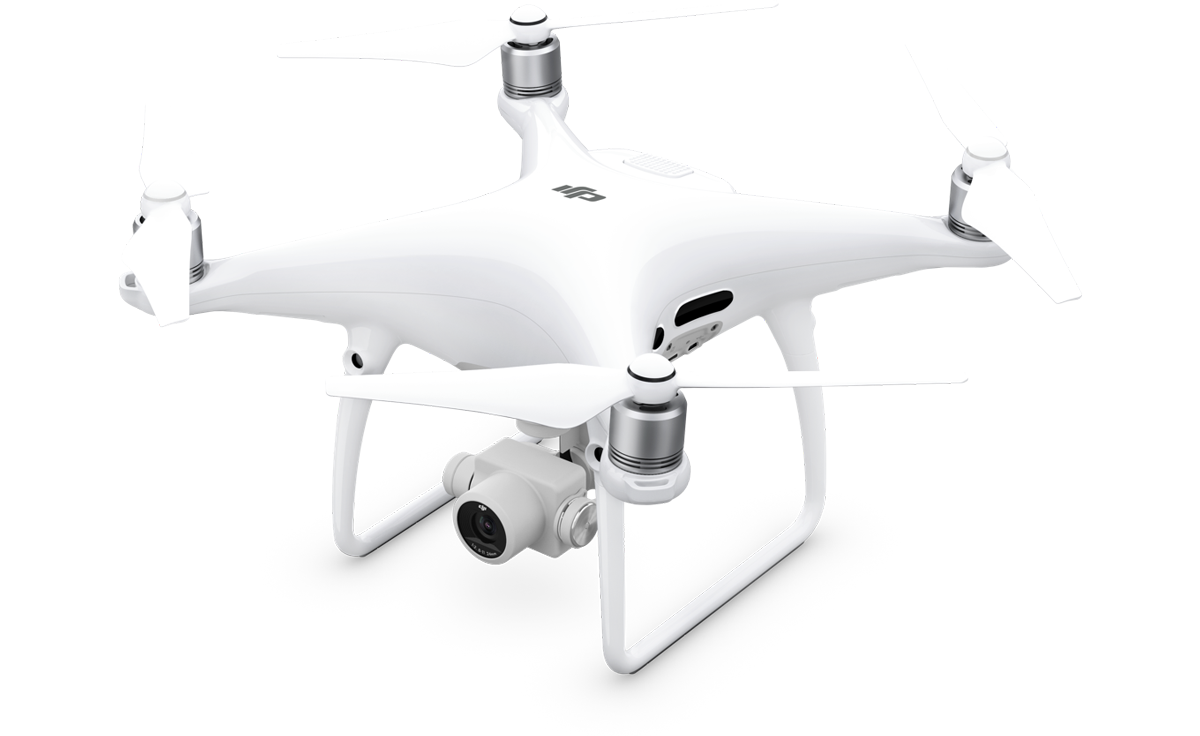 The drone appeared to be a DJI Phantom, although it was too distant to say for sure. These are among the more capable, semi-professional drone products. The £1600 Phantom 4 Pro, for instance, carries the kind of 1 inch, 20 megapixel Sony camera sensor found on high-end point and shoots and can fly at about 40 mph within a 4 mile range. Its camera enables it to capture 4k video at 60 frames per second and has ‘ActiveTrack’ mode to autonomously follow objects – like me and my dog.

A couple of hundred feet later, the trail emerged alongside a parking area. There, sitting on the open tailgate of a shiny new 4×4 was the master of the drone. He was engrossed in the handheld control screen, feeding him live images as the camera followed us along the path.

I was in two minds: should I ask him his purpose? It had certainly appeared the drone was following us, but it could equally have been his cameras were focused elsewhere, recording an aerial view of the creeks and boats on a clear, bright winter day.

How strange (or perhaps strangely British) it is to feel the uncertainty of confronting someone about whether they have been watching you through the eyes of their drone!

2016 has been a breakout year for these products. I know several family and friends who received them as Christmas gifts, ranging from handheld toys to more advanced models capable of video capture. I suspect I’m not alone in experiencing overflights from over enthusiastic first time drone pilots above the holiday dining table.

One person recently told me how they are using the autonomous tracking mode of an off-the-shelf drone to record sailing races and improve their club’s performance by reviewing aerial footage. These are capabilities which previously would have been prohibitively expensive, reserved only for top professional teams.

When I later thought about my drone encounter on the marsh, the abstraction of eye contact seemed to be the crucial difference. Previously, line of sight was a requirement for observing others (unless you have access to fixed infrastructure like CCTV cameras). As a result, to observe was to enter into an unspoken contract of etiquette about whether it was appropriate to do so, or to be willing to justify yourself if confronted about your intentions.

Semi-autonomous drones alter this privacy bargain. They bring significant benefits: an ability to capture new perspectives on the natural world or reduce the risks of sending human operators into dangerous situations, for instance. However, they also have the potential to create deep unease among the humans they encounter. In this way, drones raise similar user experience questions to digital eyewear products like Google Glass (something I wrote about previously). Improving the UX for the active user (i.e. the drone controller) is only one part of the challenge – the UX of the bystander is just as important if these devices are to gain mainstream acceptance.