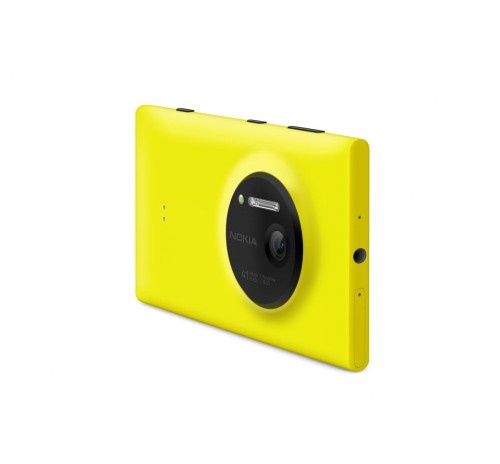 I’m conscious just a few days have elapsed since publishing my essay on the Nokia Lumia 920, but at the risk of exhibiting bias towards the Finnish company, yesterday’s launch of the Lumia 1020 cannot go unmentioned.

It is a unique product. I do not use that word lightly. The quality of image capture is extraordinary for a consumer smartphone.

It records moments of low light, movement and close-ups impossible with any other phone camera. It also compels users to do so because the Lumia 1020 is a device they have with them all the time. That’s the beauty of imaging on a mobile phone versus a dedicated camera and why, although higher quality is achievable with specialist tools, products like the Lumia 1020 have potential to alter the way users document their lives.

The role of mobile technology in encouraging creativity is a topic close to my own heart and the subject of Pathway #8 in our MEX initiative.

The secret of the Lumia 1020’s image quality is not found in a single component, but rather in a combination of technologies inspired by the earlier 808 and 920 Pureview models. The 41 megapixel sensor, of course, will grab the headlines, but the 1020 combines optical image stabilisation (for smooth video and crisp shots in low light), Xenon flash (for freezing moving subjects at night), lossless zoom (for close-up detail in video or photos) and an improved camera UI allowing fine control over everything from shutter speed to ISO level.

The advances come partly from these engineering feats, but also from the astute way in which Nokia has implemented these technologies. For instance, when a user zooms in on a subject, the camera software captures not just the zoomed area, but the whole frame – even the parts the user cannot see in the viewfinder – and saves it in the background. This means users can go back at a later date to crop into a different part of the original scene, parts invisible in the original photograph.

Features like these show a company capable of both great engineering and understanding how it can be made relevant to consumers lives.

The tone of the launch was informal, accessible and yet clearly proud of its technological advances. Stephen Elop, CEO, looked relaxed and commanded his brief in a way we haven’t seen in public since he took charge at Nokia. He was joined by the company’s imaging specialists, Dr. Juha Alakarhu and Dr. Kristina Björknäs, and between them they gave a demonstration highlighting both the unique engineering and user benefits. Refreshingly, they did so without the nonsense and hyperbole seen at major product launches from Samsung, HTC, Google and even Apple. It was the first product launch I’ve watched in a while that felt realistic and relevant.

While few users will have seen or cared about the performance quality of the launch event, it is notable for good reason: it shows a Nokia finally becoming comfortable with itself after the upheavals of the last 2 years and seemingly re-connected with what really matters in customers’ lives. I sincerely hope the sentiment of the performance is reflective of how Nokia is now managing itself day-to-day.

I want one of these Lumia 1020s. I’ve used the 808 and 920 as personal devices – the 1020 not only combines the best features of both, it delivers an overall product greater than the some of those parts. I want it in that ludicrous yellow colour and with that big camera grip accessory. I am excited by the new creative possibilities it will open up for me in digital imaging, one of the features most important to me in a smartphone. My interest in this product falls into the category of ‘unreasonable desire’ and that is a good sign: it has been a long time since Nokia made anything to inspire that kind of feeling.

It is a bold, different product – exactly what Nokia should be focusing on if it is to remain relevant to users’ lives.

However, my overall sales expectations for this product are tempered by the knowledge it is launching into a very competitive market. It will not re-establish Nokia’s market share in smartphones to anything like the levels enjoyed a few years ago. iPhones will remain the choice of the majority at the high end and Android-powered slates will continue to cater for the larger group which opts for whatever operators offer them for ‘free’.

Instead, I can see the Lumia 1020 steering Nokia towards a more niche brand territory where it has the potential to dominate. There’s an adage that the world is divided between the 95 percent who consume and the 5 percent who create. That is especially true in digital and the Lumia 1020 is far and away the most capable smartphone for those creators: the bloggers, the writers, the photographers, the coders – the quirky types who build things in their spare time. It is likely to remain so for at least 12 months (perhaps until we see what Nokia is working on with Pelican Imaging!).