Strip away the hype from Apple’s September 2014 product announcements and you’re left with 4 new interactions which might change digital user experience at scale:

Their ramifications will ripple out beyond Apple’s own customer base as competitors replicate these methods.

Historically, Apple has used the introduction of new interaction methods to initiate new product categories: the Mac and the mouse, the iPod and the click wheel, the iPhone and capacitive touch (I wrote about this previously). The significance of the Apple Watch, iPhone 6 and Apple Pay is best understood in this context.

Apple’s modus operandi tends to be refining existing technologies rather than initiating wholly new methods. In fact, the MEX community already has a rich resource of best practice methods we can apply to these 4 interactions.

Consider this a guide to the strategic questions you should be asking. 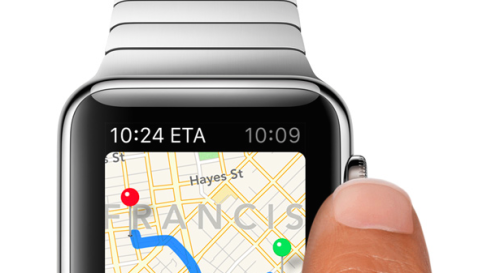 Turning the digital crown on the Apple Watch moves the user’s perspective through layers of magnification. The effect is demonstrated in the photo app, which presents a zoomed out view of all the user’s photos arranged as a wall of tiny mosaic tiles, then allows users to magnify in until a single photo fills the entire screen.

This is just one example of how this interaction method may be applied, but it should be understood for its wider significance. It introduces the notion that the interface canvas can be presented at any level of magnification and the user may control that magnification by turning the digital crown and swiping the touchscreen to pan left to right and up and down. That relationship between the crown for layers and the touchscreen for swiping is at the heart of the Apple Watch’s interaction model.

Beyond photos there are many instances where this interaction may change the user experience, such as navigating hierarchies (e.g. from individual songs through albums and up to entire genres of music) to revealing layers of granularity in data (e.g. a pie chart which explodes into more levels of detail as the user zooms).

MEX began investigating the effects of visual depth some years ago, coinciding with the introduction of the first glassless stereo 3D displays, like the Nintendo 3DS and smartphones from LG. While smartphones with this specific technology did not succeed, they opened our eyes to the principles of making visual depth usable and useful.

The Apple Watch can differentiate between a light tap and a firm press. In effect, this creates the notion in the user’s mind that the screen is no longer a flat surface, but something with virtual depth. Apple has taken note of the principle that interfaces with visual depth require input methods capable of reflecting that depth.

Apple’s demonstration focused on using this command to bring up a contextual menu of additional options in apps, but the actions could potentially be applied to other scenarios. For instance, it may be possible to respond tentatively to an invitation with a light tap, but guarantee attendance with a firm press. 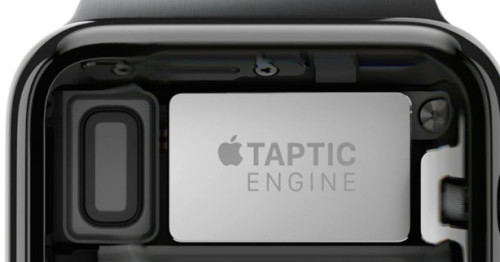 Apple devices have hitherto expressed themselves entirely through sound and visuals, but the Taptic Engine in the Apple Watch adds a new dimension: haptic feedback. This may be considered as both a distinct sensory communications channel with the ability to act as a standalone notification method and as a way of augmenting an overall experience with accompanying sound and visuals.

Its significance lies in the ability to communicate with users in environments and social contexts where it would otherwise be difficult or inappropriate. For instance, it may be the preferred notification channel in high noise environments when even the vibration of a phone in the pocket would not be sensed as easily as a vibration delivered direct to the wrist. Or in partial attention environments, from being in a meeting to walking down the street, where vibrations to the wrist may be the only appropriate way to convey information in the background without disrupting the user. 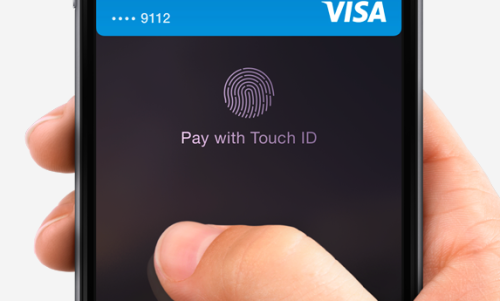 Apple Pay is interesting and impressive as a commerce tool, but the confirmation interaction it introduces has wider significance and may become the trigger for other applications. Strip away the payment context and you find a classic transaction trigger: a physical token (in this case the NFC chip embedded in the top of the iPhone) which initiates an identity check (in this case the Touch ID sensor embedded in the iPhone’s home button).

Again, this is not new, but Apple’s approach is different. Firstly, they have chosen to place the NFC chip at the top of the phone, which overcomes one of the ergonomic challenges afflicting current implementations of NFC in smartphones, which tend to place it in the middle of the phone’s rear casing. Simply put, Apple’s positioning is likely to feel more comfortable for most users when, for instance, touching their phone to an NFC reader at the point of sale.

Apple has also designed the overall experience as a single gesture: touching the phone to the NFC reader and holding a finger on the Touch ID sensor can be completed in a single motion. This is where it differs significantly from previous attempts at using NFC for smartphone payments, which required the phone to be held awkwardly to the NFC reader, before prompting for an additional series of inputs on the touchscreen.

If the convenience of this gesture works in practice, it is easy to see it expanding to the many areas of life which require a transaction trigger and confirmation: everything from opening a door to verifying your identity for a flight.

Crucially, Apple has designed the interaction to win the users’ trust – once established, this may act as a springboard. The March 2014 creative session at MEX provides insight into the principles behind trust in the digital environment.

I have felt for some time that the introduction of visual depth and linking it with corresponding interaction channels like pressure sensing and haptic feedback could represent a new phase in mobile user experience. The work of the MEX initiative over the past several years reflects this and we are lucky to have a wealth of speaker presentations, results from working groups and research pieces to serve as guides to these methods.

Apple’s newfound focus on these areas will do doubt bring them the mainstream attention they’ve been lacking. We’ll be doing more to share best practice from the existing MEX archive and continuing to nurture new ideas by maintaining our exploration of these interactions at the next MEX event in March 2015.

Which do you think will have the most significance for users? Please post your comments below.