It’s a grey, chilly morning the week before Christmas.

I’m walking through the ticket barriers to board the London train at my end-of-the-line station in Norfolk. I’m pressed for time because, once again, I had to help an elderly passenger who had fallen victim to the unfathomable interface of the car park machine. Festive cheer is running low.

“Good morning, sir,” said the ticket attendant. “And Merry Christmas.” He smiled and handed me a small box of chocolates, decorated with toy trains and winter scenes.

In that moment, entirely irrationally, I could feel a year of over-crowded, over-priced and over-heated train experiences being turned on its head.

I laughed at myself.

I knew how illogical I was being, but they’d got me – emotionally – with that simple little interaction. It was a straightforward, relatable, human experience in an environment where I – and I suspect many others this year – have come to expect a faceless, corporate brick wall of strikes, delays and frustration.

Settling down on the train, I realised I was not alone in my reaction. Behind me, two teenage girls were opening one of the boxes. 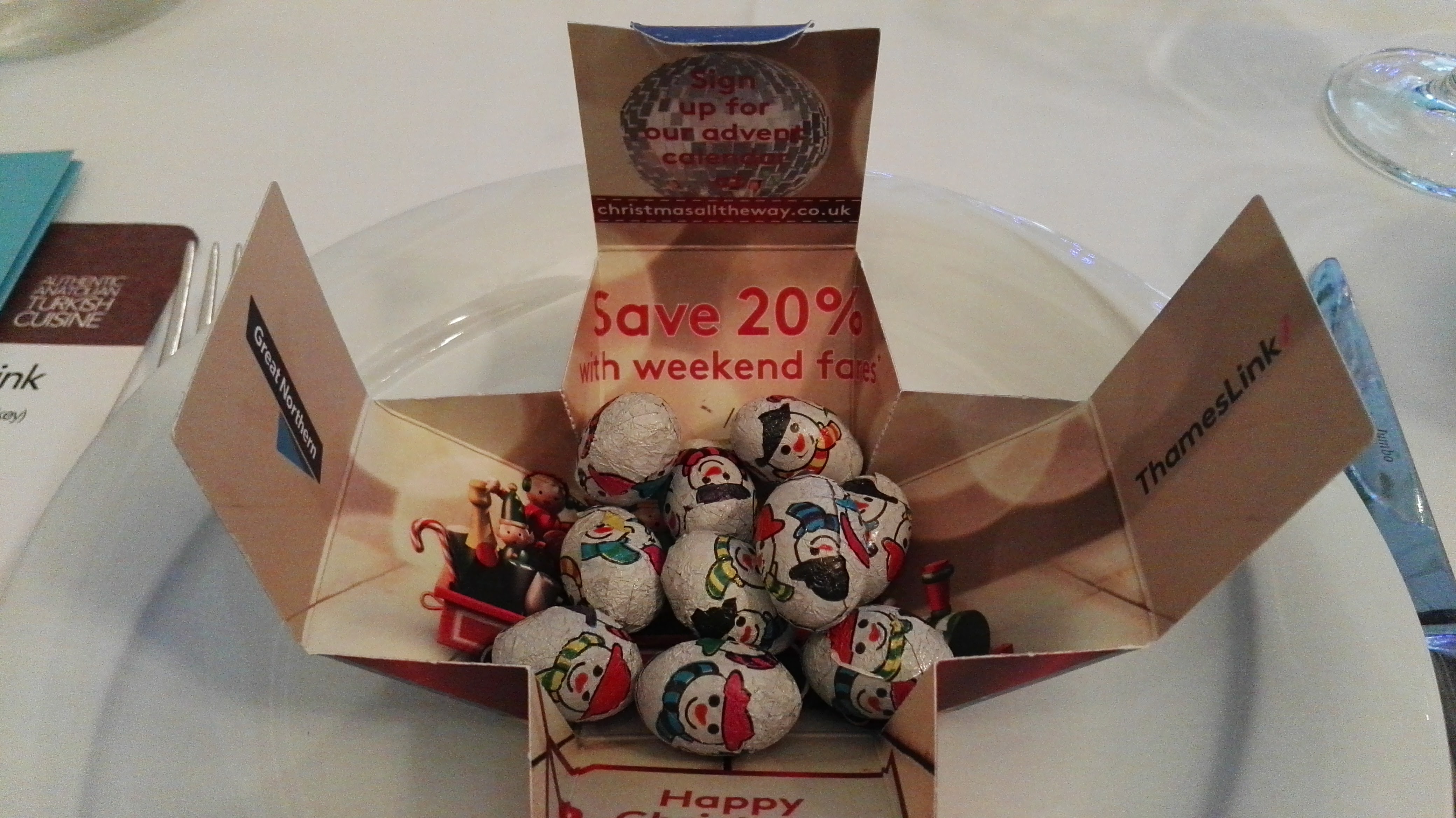 Across the aisle, two parents were corralling their three children into some seats, on their way into London for a day of Christmas shopping.

“What a treat! Aren’t we lucky!” I overheard the mum tell her children, after probably spending the best part of £100 on a family day ticket.

As the journey unfolded, the unexpected significance of this little gesture became more apparent.

But that day they handed out the chocolates, passengers started talking to each other in a way I’ve never seen before on these crowded carriages.

I watched as someone handed around their chocolates to strangers who had boarded the service further down the line and therefore not received a gift box of their own.

For the first time in a long-time, the train had become a civilised place, a public place, where people did not have to withdraw into themselves and their laptops just to make it through to their destination.

The chocolates were actually awful, cheap little things. The box was just printed cardboard costing a few pennies. But the memory… Well, I’m writing about it here, and – as I departed the train in London – I heard each of the passengers who’d shared the chocolates wishing the others a Merry Christmas before going their separate ways.

The experience itself was not reliant upon technology, of course, but I found it all the more interesting for that reason.  Not least because it changed the dynamic of train carriages, which have become a technology saturated environment.

One of the techniques we use to analyse existing customer experiences of any kind is to remove and examine in each building block in turn, considering how variance would affect the outcome:

There is often a misguided temptation for short-term competitive response to match other companies point for point.  We see it in all forms of experience design, digital and otherwise.  In smartphones, for instance, it has been at its most ineffective in the ongoing mimicking of the iPhone.  With the exception of Apple and Samsung, almost every smartphone manufacturer has been driven to razor thin or negative margins by trying to copy the market leaders.

Exercises like this are a starting point for a sustainable response.  By looking at how each component affected customer emotions, it is possible to abstract the ‘how’ from the ‘why’.  When you understand why a customer feels positive about an experience, you open more possibilities as to how you might differentiate a competitive response for the long-term.

Part of MEX User Stories, an ongoing series of tales about digital user experience in the real world.